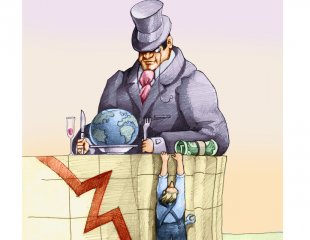 While workers are repeatedly told there is no money for living wages, proper health care, school repairs and the like, the net worth of Canada’s richest 87 families, on average, has risen by $806 million in a period of just four years. The average wealth of these 87 families rose from $2.2 billion to nearly $3 billion from 2012 to 2016, Global News reports. Each of these 87 families are, as a result, 4,448 times wealthier than the average Canadian family. All told, the aggregate wealth of this tiny elite is around $259 billion.

With this massive sum, Canada’s 87 wealthiest families own nearly as much as the combined wealth of the entire population of three of Canada’s 10 provinces. Canadian Centre For Policy Alternatives economist David Macdonald writes:

“Canada’s wealthiest 87 families owned nearly as much ($259 billion) as the total combined wealth of every private citizen in Prince Edward Island, Newfoundland and Labrador, and New Brunswick ($269 billion). This would include the combined value of all property, houses, cottages, cars, bank accounts, stocks, small businesses, RRSPs, pensions, jewelry, golf clubs and so on, net of all personal debts (of the rich or poor) in those provinces”

Worse, while these 87 families saw a 37 per cent increase in their fortunes, Canadian workers faced what the OECD describes as “unprecedented wage stagnation.” Productivity gains have gone almost exclusively to the bosses.

The ‘best and the brightest’

Canada’s 87 richest families did not get to be the richest because they found massive pots of gold, or because they work 4,448 times faster and harder than everyone else.

“It’s fairly straightforward how this extreme wealth inequality is produced. Discretionary income, a prerequisite for savings, increases the more a person earns. In other words, people who are paid more can afford to save and invest more. And since returns on larger sums of invested money are naturally higher, we should expect the growth in the net worth of the wealthiest Canadians to outpace everyone else by a larger and larger factor with each passing year. It helps many of Canada’s wealthiest families to have members on the list of Canada’s highest-paid CEOs.”

Canada’s richest families are rich because they own capital. They own the workplaces that workers slave away in to survive, pay those workers as little as possible, invest some of what’s left over and then pocket the rest. That’s how the heads of Canada’s wealthiest families earn nearly 5,000 times as much as the average family, despite by and large never having operated a forklift, worked a cash register or the like.

The wealth of these executives was produced by the labour of working class people. Every cent that goes to the executives is a cent of workers’ productivity that they are denied. On top of this, the bosses have fought tooth and nail to keep their workers’ wages as low as possible so that they can keep even more for themselves.

In his research, Macdonald cites the magazine Canadian Business’s list of Canada’s 100 richest people for his net worth figures. Many of these wealthy individuals have been open about how their business model depends on low wage work, in the past year especially.

For example, in January, Ontario saw a modest increase in its minimum wage. In response, Loblaw Companies CEO Galen G. Weston Jr., having been handed the company by his father (worth around $13.5 billion), announced plans to cut jobs to offset the cost with more automation and self-checkout stations. In between, Weston had the audacity to call the wage increase “aggressive” because his workers’ improved ability to feed and clothe themselves might raise the company’s cost by around $180 million. As Canadian Business notes, “The family behind Loblaw may have more money than just about everyone in the country, but that doesn’t mean it’s willing to part with any of it.” 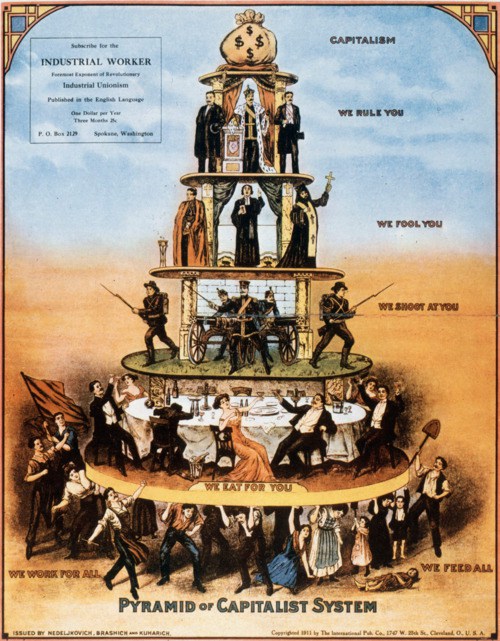 But Weston isn’t alone. Moxie’s, whose owning family have a pile of wealth worth around $3.9 billion, responded to the wage increase by raising its mandatory tip out to 5.75 per cent, demanding that their workers cover the increase.

These attacks on some of Canada’s worst-paid workers were commended by Brian Hannasch, CEO of convenience store giant Alimentation Couche-Tard, who told the Canadian Press his company was also actively “working on strategies to offset those costs.” Hannasch is Canada’s seventh highest paid CEO.Over the past several years, he and chairman Alain Bouchard (with a net worth of $4.38 billion) have increased their already enormous fortunes with the help of a vicious union-busting campaign intended to keep their low-wage workers unorganized and poor.

Their efforts involved closing stores that unionized with the CSN and bullying trade union activists. Thus far this strategy has proven largely effective. Earlier this year, Le Devoir reported that the campaign successfully drove the CSN out of five of the six stores it had unionized.

Bouchard told the Financial Post that his fortune depends on these anti-worker crackdowns as “Couche-Tard’s business model is not built to last with a unionized workforce.” To cite a similar example, the Globe and Mail’s Report On Business notes that Garrett Camp’s fortune was built on the backs of contract workers who are denied job security, decent wages, and benefits. Camp is the cofounder of Uber, which has become well known for its poor pay and lack of benefits.

The owners of the multibillion-dollar company McCain Foods have also unleashed attacks on the rights of their workers. Earlier this year, the company demanded its Carberry plant workers cover the cost of the below-solvency-rate pension plan with a wage freeze and clawbacks to benefits, sick days, and stat days. Fortunately, the workers fought back and got the company to back off, at least for now.

The issue here is not just a few bad people who happen to be executives (although the Westons and the others listed above almost certainly are bad people). The capitalist system benefits ruthless people. These executives made their fortunes by making workers work harder for less money. That’s how these companies made it to the top of their respective sectors and that’s where this enormous pile of wealth that they are sitting on comes from. So long as these executives can exploit their way to a life of luxury, this massive inequality will persist.

Some have responded to the new figures by calling for a high inheritance tax or a “maximum wage” for executives. Though attractive, these would not be lasting solutions. Under capitalism, higher taxes for businesses creates a disincentive to invest. The billionaires put their money where they will receive the highest return. Taxes or regulations that impede their ability to do so will result in them taking their business elsewhere. This would cost jobs and worsen the lives of workers. As was demonstrated above, any attempt to impose legislation on these billionaires leads them to take it out on their workers. So long as the billionaires control the industries people depend on, they call the shots, and can pay themselves as much as they like while paying their workers as little as they can.

What’s needed isn’t to plead for the billionaires’ generosity, nor is it to tinker with the tax code and labour laws in the hope that the wealthy will agree to stay and follow those laws. Canada’s underpaid and overworked workers need organizations willing to take over those industries they depend upon from the billionaires, and then operate them in the service of social need.

Despite the ruling class claim that there is no money for proper social services, living wages or benefits, with a socialist plan of production democratically controlled from the bottom up, the working class can use the massive amount of wealth and productive capacity available to tackle all of the major problems we face today.