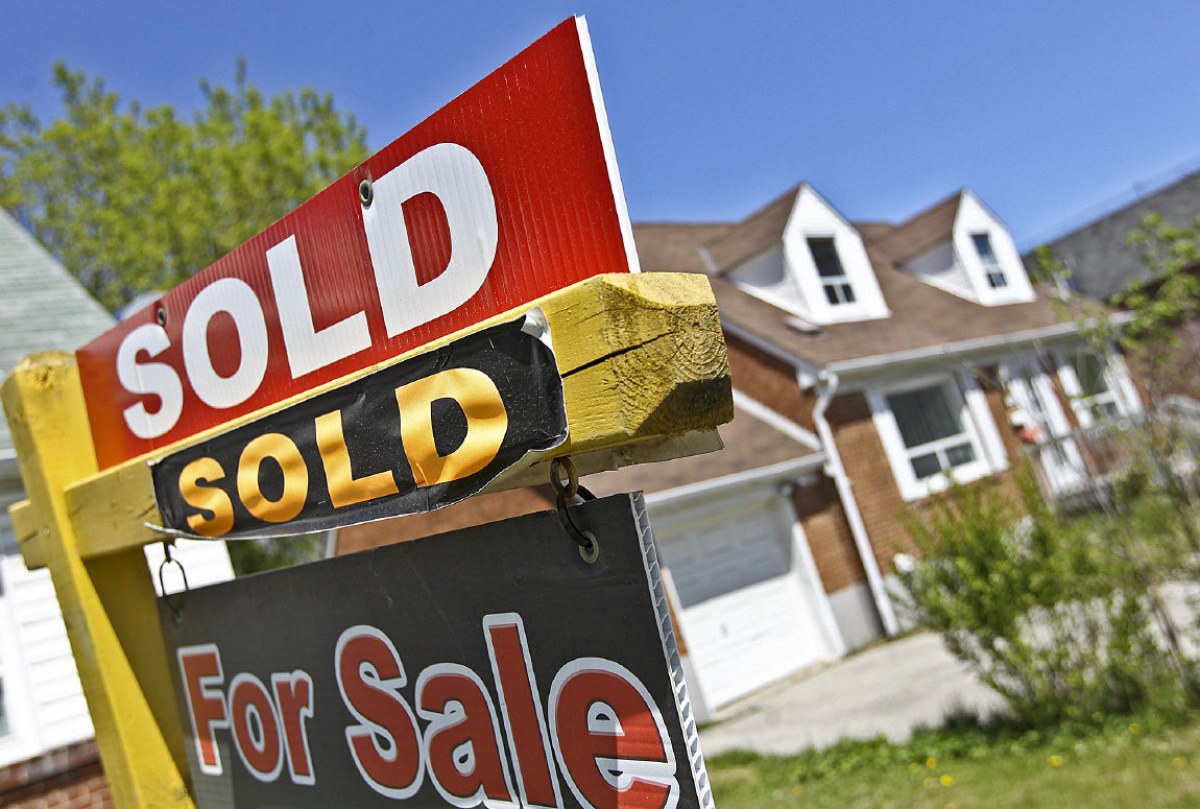 A Market Out of Touch with Reality

Through the spring and summer of 2015, Canadian housing prices – driven almost entirely by Toronto and Vancouver markets – saw feverish growth. In Toronto, the cost of homes ballooned 10 per cent from the previous year (in April, June, July, August and September), with even “unlivable” real estate fetching prices of $1 million or more. In Vancouver, where on average 85 per cent of a household’s pre-tax income is spent on housing, the situation is even more extreme, with prices in some neighbourhoods skyrocketing over 25 per cent. Such rapid inflation in prices – which drives people out of the cities, places the homeless and vulnerable on the streets, and prevents young people from starting out on their own – results from the irrationality of capitalism, where housing is viewed as an investment for the rich rather than an actual home.

Increasingly we have seen a shift from low-rent units to expensive rental condos. While condominiums are being built as investment properties to rent or resell, the rent being charged to the people who actually live in these properties is increasingly out of touch with their income. In Toronto and Vancouver, nearly 50 per cent of condo owners intend to sell their properties within five years. And in Vancouver, buyers are flipping luxury homes before the property even changes hands. Even though Canada’s working-age population is growing at the slowest rate on record, in the first quarter of 2015 residential investment made up 7.1 per cent of GDP, the highest since 1989. In simple terms, two new houses are being built for every person added to the working-age population. This is the very definition of a bubble: An asset price that has risen above the level justified by economic fundamentals.

In a June article, the National Post quoted Wall Street short-seller Marc Cohodes, who observed “The cross currents are beyond crazy in Vancouver — it’s a mix of money laundering, speculation, low interest rates. A house is something you live in, but in Vancouver you guys are trading them like the penny stocks on Howe Street.”

At the very same time when condominiums were flooding the market, Toronto experienced a spate of shelter closings. Some, like Scarborough’s Second Base youth shelter, were simply in want of funds. Other shelters, however, have been deliberately pushed out of the neighbourhoods they serve, because the real estate they occupy can be utilized for profit-making.

In August, Beatrice House was added to the growing list of Toronto shelters that have shut down after being priced out of the city’s feverish real estate market. The transitional shelter for homeless single mothers and their children is slated to be torn down to make way for townhouses. Last December, Urbancorp – the developer who owns the property that Beatrice House stands on – cancelled a deal to relocate the shelter, leaving the YWCA, which operates Beatrice House, hanging. It could take years to find a new site for the shelter. In the meantime, its residents – families fleeing abusive situations, or struggling with unstable immigration statuses – have been left to scramble to find accommodations. Only 27 empty condo units would be needed to provide homes for the families who relied on Beatrice House.

Beatrice House is joining the likes of the Salvation Army’s Hope Shelter, and Cornerstone Place, which stood on properties that are now being used for condo developments.

It looks like a hospital will soon be added to that list as well. Brookfield Asset Management is threatening to increase the rent charged to the Centre for Addiction and Mental Health’s College Street facility by nearly 300 per cent, based on what the management company could make if the site was sold to a condominium developer. The hospital is the only one in the province to provide 24-hour emergency psychiatric care. Last year, it served 9,000 patients. Their interests do not enter into the equation of what is considered “fair market value”.

This is the human cost of a real estate market that has spun wildly out of control.

Will the Bubble Burst?

Experts watched the market nervously all summer, waiting for the shock that would burst the bubble – the slump in oil prices, or perhaps the faltering Chinese economy. In the rest of Canada, outside of Vancouver and Toronto, the bubble is already deflating, with prices declining everywhere from the prairies to the Atlantic. These two cities are propping up the market for the entire country. And so far, the shock hasn’t arrived. There’s been some drops in sales, but only because there’s not enough property to sell; and spurred on by rock-bottom interest rates, housing prices continue to rise.

In Canada as a whole, housing prices were up 8 per cent in the third quarter of 2015, averaging out to $502,643. This is being driven by Toronto and Vancouver. While increases in the city proper slow, the prices of homes in the suburbs accelerate. Growth is expected to the end of the year.

Will there ever be a “correction”? With the drop in oil prices well in the past, some believe that the danger of a resultant housing crash is behind us. According to one argument, Canada won’t see a housing crash like the United States did in 2008, because Canadian homebuyers are fundamentally different – unlike their American counterparts, they want to pay back their mortgages, and are too responsible to simply walk away from them. And when it comes to Vancouver, there are many who are unreservedly optimistic, arguing that it’s a “special market” held aloft by a never-ending stream of cash from wealthy Chinese families.

Some economists forecast a “natural cooling” rather than an outright collapse. One CIBC economist predicted, “The market will adjust, but given the many faces of the adjustment will not be uniform. It will impact different segments at different intensity, and therefore on aggregate be smoother and take longer to fully unload.” With housing prices spiraling out of control and away from incomes, raising the probability of mortgage defaults, and a “glut” of unsold condominiums, Toronto was pegged as an “at risk” market by CMHC (Canada Mortgage and Housing Corporation) in August. Yet, in general, economists are not predicting an outright crash, merely a “modest slowing”, as interests rates rise gradually. But this outlook is predicated on Canada remaining financially stable – no deep recession, no jump in unemployment, and no steeply rising interest rates.

Do we have cause to worry? Besides the fact that the impact of foreign investment is likely over-stated, there’s the simple truth that nothing lasts forever. So far the market has survived the oil slump, the Chinese stock market crash and the onset of recession. One thing it has yet to be tested by is an interest rate hike.

The last major crash, in the 1980s, was sparked by a hike in interest rates. That hasn’t happened yet; in fact the Bank of Canada was even considering slashing its rate from 0.5 to 0.25 percent. If the cut to interest rates doesn’t spark a correction itself by overheating the market, it could delay the correction, but doesn’t eliminate the risk. Also worth noting is the fact that the Wall Street investors, hedge fund managers and short-sellers who profited from the 2008 crash do not share the optimism of many Canadian investors. They are now betting against the Toronto and Vancouver markets, seeing in the inflated prices and high debt loads the opportunity to add to their piles of money. Such “bets” have doubled over the past year.

Mortgage rates in Canada have started inching upwards, and will be propelled further when the US Federal Reserve makes its long-awaited move to raise interest rates this month. This will make already unaffordable housing even more unattainable. The reality is that the economists predicting a “soft landing” really have no means of justifying their predictions. They are merely hoping for the best. It is equally likely that the bubble will burst in an uncontrolled and catastrophic manner.

The Accident Waiting to Happen

While economic analysts differentiate between a “crash” or a “correction”, ultimately the impact will be the same for most Canadian households, which are currently carrying record debt loads. In September, a Statistics Canada report found that the ratio of household debt to disposable income was at 164.6%, putting them in a tenuous balance that could be easily toppled by a rise in mortgage payments. The impact of a correction would be “immediate” for anyone with a mortgage tied to the prime lending rate.

Moreover, one in five renters spends more than 50 per cent of their income on housing. With 850,000 low-rent units lost in the last decade, the Canadian rental sector is not ready for a downturn in the housing market. Already, units that were initially being built as condominiums are now being built as rental buildings, because people just can’t afford homes. In Toronto, there’s been a 75 per cent increase in rental buildings being developed over the past ten years – but in the past five years, condo rent has 15 per cent. There are simply not enough affordable rental units to absorb people who will no longer be able to afford home ownership.

The effect of a real estate crash will be compounded by the fact that 7.6 per cent of all jobs in Canada are in the construction industry.

Along with homeowners, the federal government would also feel the crunch. A severe housing crash – entailing a 30 per cent drop in prices combined with high unemployment – could mean a $17 billion loss for mortgage insurers. Because mortgages are guaranteed by the federal government through the CMHC, this would amount to a $9 billion tab for Ottawa. Although the Liberal government has committed to deficit spending in the short-term, ultimately it will be Canadian workers who will pay for this loss through heavy austerity down the line.

For a Socialist Solution

While investors and developers make millions off of the real estate bubble, workers in Toronto and Vancouver struggle to pay for housing. All levels of government have been failing to address the housing crisis.

Over the past ten years, the number of people on the Toronto Community Housing wait list has increased 81 per cent. There are currently over 167,000 people waiting for affordable housing. Only about 10 per cent of applicants in a given month are provided housing. In a study released in May, the Federation of Canadian Municipalities noted that federal funding for social housing as measured against GDP, has declined 40 per cent since 1989. The study called for federal tax credits to stimulate construction of affordable rental units, for Ottawa to commit to current funding levels and for a national strategy on homelessness and affordable housing. In Toronto and Vancouver, politicians call for legislative solutions, such as inclusionary zoning and limiting foreign home buyers.

If governments have not made affordable housing a priority during a time of relative stability and economic “recovery”, they can hardly be expected to do so with recession looming on the horizon. With hundreds of thousands in need of housing now, offering tax breaks to developers and changing zoning rules are paltry measures. The only thing accomplished by limiting foreign home buyers is shifting blame and provoking xenophobic sentiments.

Due to the fact that capitalism cannot even provide homes for great numbers of workers and the impoverished illustrates its bankruptcy as a system. What is required is a large scale public building program, which would provide both jobs and quality low-cost housing. This cannot be accomplished under capitalism, but only by a system democratically controlled and managed by and for the working class.