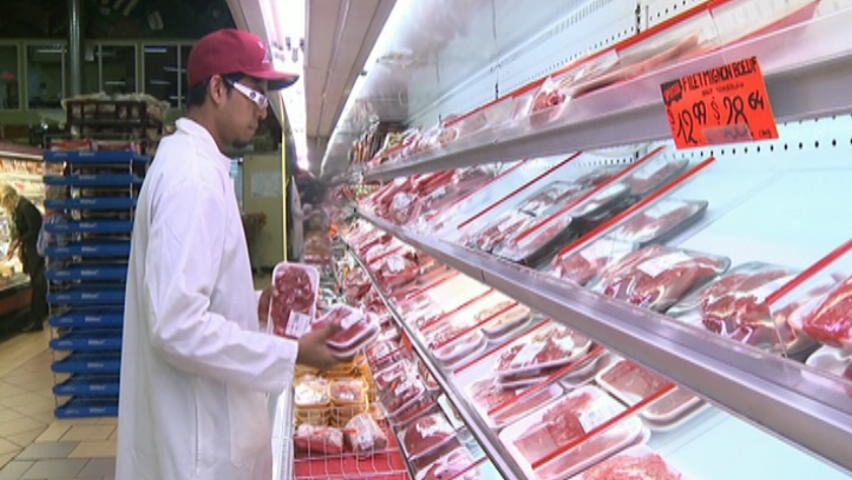 The discovery of E. Coli in meat from XL Foods has prompted the largest beef recall in Canadian history. After a routine inspection along the U.S. border discovered the bacteria in XL meat on Sept. 3, a recall was eventually expanded to include all of Canada, 40 US states, and Puerto Rico. At least 15 people have become ill. Ground zero for the contamination was the massive XL Foods processing facility in Brooks, Alta., which slaughters a million cattle per year and processes one-third of Canada’s beef.

The future of the Brooks facility became uncertain after the Canadian Food Inspection Agency pulled XL’s operating license on Sept. 27. The company blamed resulting uncertainty for its Oct. 13 decision to temporarily lay off 2,000 workers at the plant. Only days later, XL announced that 800 “A shift” workers would temporarily be brought back onto the job to process carcasses previously cleared by inspectors, fuelling greater confusion.

Like any capitalist enterprise, XL Foods has one key goal: increasing profit. While corporate consolidation grew and agriculture and meat production became more concentrated, the role of factory farming in agribusiness became more prominent. Today over 95% of animals raised and slaughtered for food in Canada are mass-produced on factory farms. As animals rights groups have pointed out, conditions for animals there tend to be overcrowded and unsanitary, allowing disease to spread easily.

The conditions for human workers are little better than those of the animals. The unappealing nature of slaughterhouse work has traditionally attracted those most desperate for employment, and XL Foods is no different. At its Brooks plant, the company maintained cost-cutting through a super-exploited workforce consisting largely of immigrants, refugees, and temporary employees.

Following the recall, reports started coming in from workers of a general lack of concern by management for food safety. Under constant pressure to maintain quotas, employees could not sterilize their tools between cuts without losing pace. Cleaning equipment was regularly clogged. Unsanitary conditions reigned. Workers’ reports consistently state that for the company, processing meat — ensuring profits — was always the first priority. The health of workers and the public came a poor second.

According to the Toronto Star (8 Oct. 2012), many XL Foods workers developed serious tendon problems in their hands, barely able to open them due to their constant gripping of work tools on the line. When some returned to the plant with written recommendations allowing them modified work, supervisors allegedly tore the forms up. Many workers were simply fired outright.

Such naked exploitation eventually led to an explosion in 2005. A dispute arose when XL Foods workers joined the United Food and Commercial Workers union (UFCW) and the company’s then-owner Tyson Foods, refused to negotiate a first contract. When workers voted to strike, Tyson bused in replacement workers, which are legal under Alberta law. Tension increased before an RCMP riot squad was called in. Police charged the plant CEO and other managers with dangerous driving when their car crashed into the union president’s car and injured him (the charges were later dropped).

The union and Tyson eventually reached a deal after three weeks. But the strike experience led to a new approach by the company, which began hiring more temporary workers from abroad. When new owners, the Nilsson brothers, took over the plant in 2009, they increased the number of foreign temporary employees to one-third of the facility’s workforce, where 60% already consisted of immigrants and refugees.

The terms of Canada’s Temporary Workers Program stipulate that workers recruited under the program may not change jobs or bring in family for four years, but when their program is up, employers may nominate them for permanent residency. By dangling such a tantalizing prospect in front of its workforce, XL Foods successfully convinces many employees to accept atrocious working conditions, no matter how dangerous or unhealthy their environment becomes.

UFCW president Doug O’Halloran has called for better industry standards and criticized the Nilsson brothers for not making health and safety a greater priority. Recent developments regarding the temporary layoffs led him to accuse the owners of poor and erratic management. In a press release, O’Halloran complained that the CEO had refused to meet with union representatives to discuss food safety.

Following the recall, Alberta Agriculture Minister Verlyn Olson said that food safety was the top priority for everyone involved. But for a private company like XL Foods, this is never truly the case. More accurately, their concern is negative publicity eating into profits. Should the Brooks plant open up again, the focus will still be on profits, with public gestures of safety intended only as a means of maintaining the long-term bottom line. In a capitalist enterprise, this is only to be expected.

The only way to rationalize agriculture and food production is through a mode of production based on the satisfaction of human needs rather than private profit. The agribusiness firms, like all large corporations that make up the commanding heights of the economy, play a dominant role in our lives. The consequences for public well-being are too important for such entities to be left in the hands of private capitalists.

Whether the goal is guaranteeing safe working conditions and a living wage for meat plant workers, or preserving the safety and health standards of the public food supply, capitalism has proven itself incapable of ensuring either. For a rational system of food production that truly values the health of workers and the public above all else, it is necessary to expropriate the largest agribusiness firms and nationalize them under democratic control. Only then will food production be geared primarily towards feeding people rather than profits.