Twenty years since the sale of Highway 407: The failure of privatization 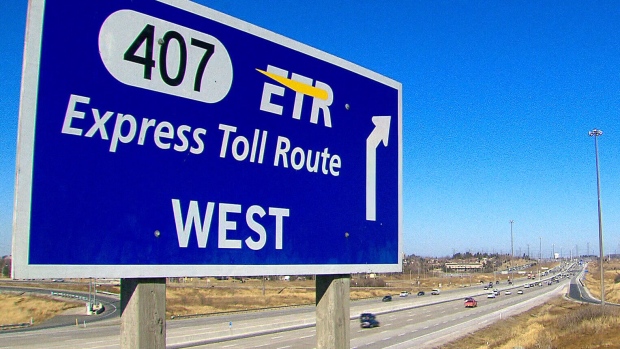 This fall marks 20 years since the Ontario Conservative government of former Premier Mike Harris started the sale of King’s Highway 407. When cabinet member Rob Sampson, a career banker, tabled Bill 70 in the Ontario Legislature on Oct. 10, 1998, the Government stated that it was to be “an Act to engage the private sector in improving transportation infrastructure, reducing traffic congestion, creating jobs, and stimulating economic activity through the sale of Highway 407.”

On Dec. 18, 1998, the bill became law. Less than four months later, Highway 407 was leased for 99 years to a private consortium in a secret deal giving the new owners unlimited power to raise tolls.

In the almost two decades since the highway was privatized, none of the promises of the original bill have been realized. Instead, those who live and travel in Ontario, especially near or in the Greater Toronto Area (GTA), have suffered immeasurable exhaustion, chaos, death and mayhem on their roads as an essential piece of highway infrastructure transitioned into an instrument for private profits. The people were abandoned by a government which took on its new role as toll collector and enforcer for the renamed 407 ETR. A highway system already on the brink was pushed over the edge in an area with the worst traffic conditions in North America.

Toronto is located on the north shore of Lake Ontario and was the southern terminus of what used to be trails used by the First Nations. When the British set up a colony in the 1700s, these trails served as the template for the central planning of Ontario roads. This planning served the province for more than two centuries. By 1937, ahead of every jurisdiction in North America, Ontario had the first divided intercity freeway: the Queen Elizabeth Way.

The 407 was part of the 400 series of highways designed in 1959. The route was chosen as the bypass of Toronto, travelling in a semi-elliptical pattern north of the city.

Construction of the 407 was delayed several decades, while the 401 was widened as an alternative. However, the stresses on the 401 were becoming obvious by the 1980s and construction on the 407 began in 1987. It was announced that the 407 would be a toll route for 35 years to pay for cost of building. This was not unprecedented, as this method of payment had been used occasionally since colonial times to pay for roads and bridges.

Highway 407 finally opened in 1997. The highway collected tolls electronically through transponders or photographs of license plates. The highway was finished in 2001, from Burlington on the west side, to Brock Road in Pickering on the east side.

The fate of the 407 was to change in 1995, when the Progressive Conservatives were elected to the Ontario Legislature. Contrary to ongoing mythology peddled by politicians and right wing media, the PC’s proved to be incompetent stewards of Ontario’s finances. During their time in office, they cut welfare payments by 21%, removed 400,000 people from welfare, fired thousands of nurses, closed hospitals, downloaded housing and region highways to the municipal governments, dismantled and privatized essential services, and ended funding for Toronto’s transit system. Even so, they struggled with balancing the budget and let the provincial debt grow. When they left office in 2005, they left the province with a 5.6 billion dollar deficit, according to an independent auditor who was hired after they left office.

These actions were ongoing in 1998, four years into the PC’s first mandate. The firing of nurses, the welfare cuts, dismantling and service privatizations had begun, but the government had yet to balance the budget because of their tax cuts. They began searching for money to fill the hole.

The 407 became the target for privatization only a year after it was opened. It was sold for $3.1 billion. The government claimed the highway cost $1.6 billion to build, thereby making a $1.5 billion profit that could be used to pay down the provincial debt. But the government ignored the cost of buying the land, which began in the 1970s. According to an article in Prudent Press, based on public records, that amount was $100 billion. Moreover, the PC’s put the proceeds of the lease into general operating revenue, even though the money was the result of a sale of a capital investment.

Even the amount of $3.1 Billion was thought to be unreasonably low. A 2015 Toronto Star article stated that independent financial analysts had estimated the true value of the lease to be $12 billion.

But this transaction had implications far greater than the money involved. In Oct. of this year, CTV News reported on a truck that had rolled off the onramp of the southbound 404 onto the 401 below. The truck was making one of the hundreds of daily 90 degree changes in direction that trucks unnecessarily make because of the prohibitively high tolls on the 407 ETR. Rather than using logistically sound and safe routes, hundreds of trucks travel on city roads to the 401, or the other 400 series highways that connect with the 401, adding to a stressed highway approaching disaster.

Because of astute central planning, the 407 is located exactly where it should be. At just over 100 kilometres along the route are three automobile assembly plants; three major railway yards; Pearson International Airport; the warehouses for Walmart, Amazon and Canadian Tire; the trucking industries of Brampton and Mississauga; the large construction and development industry in Woodbridge; and the massive food distribution warehouses in Ajax and Whitby.

In spite of all the traffic these activities create, there is an absence of trucks on the 407 ETR. This is because the trucks have been priced off the highway to maximize profits. Trucks would increase the maintenance costs of the roadway due to their weight and they would slow traffic to conflict with the company’s brand as an expressway.

The trucking industry started to notice the 407 ETR bias against them as early as 2002. An article in Truck News that year said:“[t]he 407’s business plan seems to be to attract commuters, to service the Honda Civics. The number of trucks as a percentage of traffic is much smaller on the 407 than anywhere else…”

The cost of driving a tractor trailer on the 407 is now prohibitive. For an owner/operator at peak hours, all the money they earn would be paid to the 407 ETR, as the tolls are roughly the same amount as what they are paid per distance travelled. Therefore, drivers have no option but to sit in gridlock if they want to make money.

The 407 ETR  has not served those who commute in a car either. In Nov. 2018, the Canada Mortgage and Housing Corporation reported that even with the high prices of Toronto real estate, it is less expensive to live in Toronto than endure the higher costs of commuting in and out of the city.

The congestion has also made those commutes very unsafe. Studies by Kanetix.ca show the 10 most expensive cities in Ontario to insure your car are all in the GTA.

Almost 20 years after the 407 was first opened, the eastern section was extended and linked to the 401 with the addition of the 412. The new part was named Highway 407, with the addition of Highway 412, connecting to the 401. The new part of the 407 and 412 were owned by the province. The iconic crown logo of the 400 series highway returned in the signs and in an act that acknowledges public hostility to the 407 ETR, the Highway 407 website carefully explains how the toll rates on the new 407 and 412 are controlled by the province. It also explains where the money collected goes. The tolls on these portions are lower, even though they are considerably higher than the fees on comparable roads in other jurisdictions in North America.

That, however, is where the benefits end. The Highway 407 website further explains that the camera charges on your bill are from the 407 ETR, who is their service provider. The province and the private consortium are in business together as the highways are seamlessly connected. Your monthly bill from all three highways come from the 407 ETR.The fact that the 407 ETR wasn’t connected to the 401 in the east for 20 years helped the owners of 407 ETR. It’s ludicrous for an area the size of the GTA to not have a bypass around Toronto.

After the terms of the lease were revealed in a Freedom of Information request in 2002, it was discovered that government was obligated to block provincial license plate renewals when it needed to collect on unpaid 407 ETR tolls.

The Ontario Provincial Police (OPP) were to act as the police of the highway according to the agreement. The police now have assumed the role of private security.  The Toronto Star revealed that OPP cruisers on the 407 ETR were equipped with special equipment to detect stolen transponders used to avoid paying tolls. The state is now using its power to protect the profits a capitalist monopoly over commuter access to roads that their tax money was used to build.

Commuters of the 407 are stuck in gridlock for hours at a time, and truckers are stressed and hounded by the demands of a system that makes them work longer than required. This is a direct result of the privatization of Highway 407 which, after 20 years, has benefited no one except its millionaire owners. It is long since time that the 407 be returned into public ownership. There would be no need to compensate the private consortium, which was given a sweetheart deal at the time of the sale, and has since made incalculable profits on the backs of ordinary commuters. By taking back control of the 407, the prohibitively high tolls could be removed, and the highway could be opened up to help relieve gridlock.

There is no reason why our infrastructure should be used to line the pockets of the rich while commuters are made to suffer. The deal Harris sold us in 1998 was a lie. It is time to rectify it.