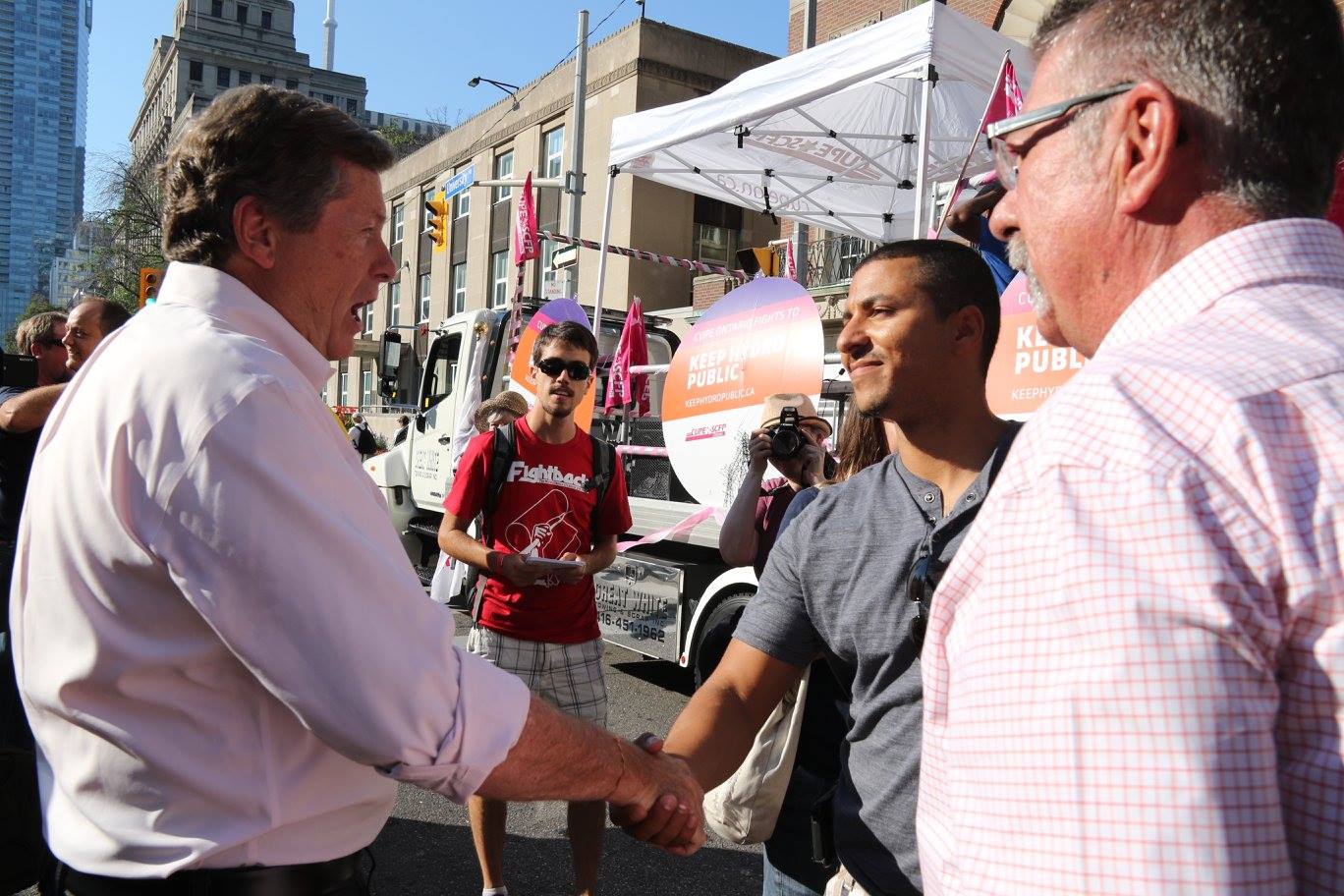 Union members at this year’s Toronto Labour Day Parade were greeted with an unfamiliar sight: for the first time in the parade’s history (according to former OFL President Sid Ryan) Liberal MPPs had been invited to participate in the Labour Day Parade. Kevin Flynn, Liberal MPP for Oakville and the Minister of Labour, marched at the front of the parade alongside the Toronto and York District Labour Council’s banner, beside the council’s President, John Cartwright, and the President of the Canadian Labour Congress, Hassan Yussuff. That the same Minister of Labour for the Wynne government who had stripped Ontario teachers represented by OSSTF of their right to collectively bargain and to strike is able to show his face at the Ontario labour movement’s largest event of the year is downright scandalous! Rhetoric of a “social justice Premier” aside, the Wynne government represents an implacably anti-worker and pro-austerity enemy to the labour movement of Ontario.

This government is going to places even Harris never dared by privatizing Hydro One, a firesale which is such a short sighted give away to Bay St. that even some of the major representatives of industrial capital, like the CEO of Chrysler Canada have come out in opposition to it. Even more horrifyingly, Toronto’s Conservative mayor John Tory was seen making the rounds, shaking hands, and posing for selfies with union members, without much in the way of a hostile reaction. Even Chris Buckley, President of the OFL, and Ahmad Gaied, Executive Vice President of the OFL, paused for a photo op. This is a mayor who has pushed consistently for austerity, privatization of public services, and other anti-worker policies.

The enemies of the working class’s welcome reception at Labour Day is a reflection of the class collaboration of the labour leadership, who by supporting the strategy of strategic voting in the last provincial and federal elections, in most cases supporting the Liberals, have compromised the ability of the labour movement to fight the Liberal governments that they helped get elected. The Liberal Party is one of two electoral arms of the bankers and bosses, whose interests are diametrically opposed to the workers and youth. In order to successfully fight austerity, a mass united struggle of all sectors of the working class, on the basis of class independence not collaboration, must be waged.