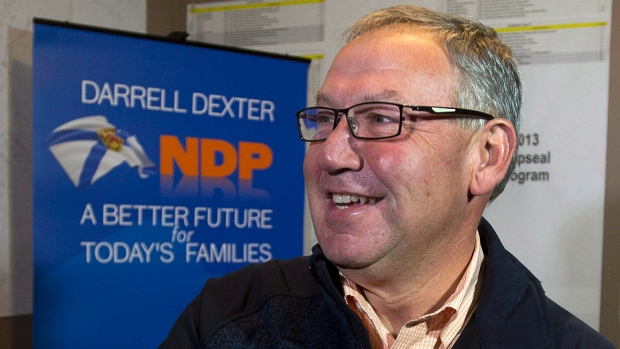 Nova Scotia’s first NDP government has gone down to an overwhelming defeat, falling to just seven seats and a third-place standing in Nova Scotia’s legislature. Outgoing premier Darrell Dexter has promised a far-reaching introspection to find the reasons for the defeat, but when one looks at the present situation facing ordinary Nova Scotians, the fact is that the Dexter NDP government ultimately failed to bring about the change expected (and demanded) by youth and workers.  This should send a message to the federal NDP on the dangers of moving to the right.

This year’s election results could not have been more different than the outcome in 2009, when Dexter became the first NDP premier ever elected in Atlantic Canada.  The NDP lost 24 seats in the legislative assembly, putting it behind both the first-place Liberals and opposition Conservatives.  The NDP’s share of the popular vote in 2013 fell to just under 27%, its lowest share since 1970.

The 2009 election victory came about in spite of an NDP campaign that was short on promises and did everything possible to convince Nova Scotia’s business class that the NDP would be responsible managers of the province’s finances.  The central plank in Dexter’s platform was a promise to balance the province’s books after years of mismanagement by previous Liberal and Conservative governments.  In addition, the NS NDP campaign promised a large number of tax cuts aimed at businesses, in the hope that they would re-invest in the Nova Scotia economy and create badly-needed jobs.

At the time of Dexter’s win, we warned that the party was misreading the reasons for their election victory, and that their desire to accommodate themselves to the ruling class would spell doom for the NDP government in Nova Scotia.  Working-class Nova Scotians flocked in droves to the NDP because they felt they were voting for something different than the series of Liberal and Conservative governments that had left the province bereft of jobs and opportunities.

Dexter’s victory had an important effect within the NDP across the country, giving ammunition to those within the party who believed that the path to an NDP victory lay in “moderating” the party’s platform and reaching an accommodation with the bosses.  Just a couple of months after the NS NDP came to power, the party tops attempted to change the name of the party at the federal NDP convention held in Halifax, trying to tie the party’s fortunes with those of the Obama Democrats.  At both the 2011 and 2013 federal conventions, the party establishment attempted to remove references to socialism and social ownership from the federal constitution, finally succeeding in their goal earlier this year in Montreal.

We predicted that if Dexter took the line of prioritizing the bosses’ interests ahead of that of the working class, then his government would suffer the same fate as the Bob Rae government in Ontario, the Ujjal Dosanjh NDP in British Columbia, or the Lorne Calvert government in Saskatchewan.

Unfortunately, this is precisely what has happened.

The situation facing workers in Nova Scotia today is amongst the bleakest across the country.  The latest figures from Statistics Canada show that Nova Scotia’s unemployment rate currently stands at 9%, well above the federal average. However, the real number is much higher as it does not take into account the number of people who have given up finding employment and left the labour force.  According to the recent census figures released by Stats Canada, the province had the country’s largest population decrease (as a percentage of the total population) during the period between 2006 and 2011; during the first quarter of 2013, Nova Scotia lost another 0.2% of its population, the largest quarterly population loss in over 40 years.  The exodus of mainly young people to Alberta shows no sign of letting up, as there is little hope of gainful employment, particularly outside of Halifax.

Rather than improving upon these bleak conditions, the Dexter NDP has actually worsened the living conditions for many workers across Nova Scotia.  Aside from the continuing dismal employment conditions in the province, the Dexter government took a hatchet to public spending in order to balance the province’s books.  According to the Canadian Centre for Policy Alternatives, the $772-million worth of cuts announced in the government’s 2012 budget would amount to over 10,000 public sector jobs lost.  (This was in addition to another 5,400 public sector job losses due to cuts by the federal Conservative government).  Earlier this past summer, the government took away the right-to-strike of paramedics in their dispute with Emergency Medical Care, the private company that operates the province’s ambulance services.  The NDP also froze budgets for hospitals across Nova Scotia.

Students were particularly hard hit by the austerity policies of the Dexter government.  After a three-year freeze, the government began to raise post-secondary tuition by an average of five per cent in 2012, despite the fact that the province’s youth already pay the second-highest graduate fees and third-highest undergraduate fees in the country.  Furthermore, the government cut funding to universities and colleges by ten per cent.  In a poll commissioned by the Canadian Federation of Students, a full 83% of all Nova Scotians believed that the provincial government should have reduced tuition fees, but Dexter’s response was that lower tuition fees were “not the best choice” for students.  Instead, Dexter warned students to be prepared to pay more for their education: “Wages of professors continue to rise, the cost of materials continue to rise.  Everybody should expect that those increases in cost will mean there will be increases in tuition… This is no different to what will happen in every aspect of students’ lives.” (UNews.ca, 21 Nov. 2012)

In this year’s election campaign, the NDP was even putting forward the need to increase the province’s sales tax (HST) in order to meet their zero-deficit target.  With this additional burden to bear, it is little wonder that voters had no appetite to return Dexter and the NDP for another term in government.

A warning to Tom Mulcair and the federal NDP

In a column penned for the Toronto Star, columnist Thomas Walkom writes, “In terms of current NDP orthodoxy, Dexter had been doing everything right. His was a moderate NDP that came to power in 2009 promising fiscal probity, no tax increases, and modest but effective change.”  And herein lies the problem for the NDP and its top brass — in the current epoch of austerity capitalism, these policies of “moderation” will only lead to defeats as workers see little reason to elect an NDP government that, on the surface, will look very similar to a Liberal or Conservative one.

Dexter’s defeat comes only a few months after the NDP managed to snatch defeat from the jaws of victory in British Columbia.  Because of an uninspiring campaign and platform that promised more to BC’s business community than the province’s workers, the NDP managed to fritter away a 20-point lead in the polls that resulted in only 48% of registered voters bothering to cast a ballot.  Despite being on the ropes, the Liberals were re-elected to a third consecutive majority government in BC.

Although the international crisis of capitalism has largely not hit Canada as badly as it has in southern Europe or the USA, millions of Canadians — one-third of all households in the country — are now living paycheque-to-paycheque, unable to save any money for an emergency.  Although overall unemployment is relatively low, these numbers hide the fact that an increasing number of jobs are poorly paid, temporary, and have little security for workers.  According to Stats Canada’s latest census figures, the most common job for both men and women in Canada is retail salesperson — a position that is notorious for its low wages, precarious character, and lack of pensions or benefits.

In this sort of climate, there is no enthusiasm amongst workers or youth to elect a rightward-looking NDP, one that talks about the need to respect the market and battling deficits.  Workers and youth are looking for a party that can solve the lack of good-paying quality jobs, that can fix crumbling public services, that can provide accessible education to all.  At this stage, it is more important than ever before that the NDP clearly identify on whose side they are on — on the side of Bay Street and the bosses, or on the side of Canada’s youth and workers.

Darrell Dexter and the Nova Scotia NDP made the fatal mistake of forgetting their base in a desperate attempt to curry favour from the corporate media and the ruling class.  But, the bankers and bosses will never truly trust the NDP as long as it is the political voice of the Canadian labour movement.  It will push the NDP to adopt the same austerity politics as their allies in the Liberal and Conservative parties, and then abandon them when the time is right.

As the federal NDP gears up for the federal election in 2015, Tom Mulcair and the party leadership need to learn the lessons of Nova Scotia and realize that the Canadian working class will not be satisfied with a few buzzwords and honourable mentions from Bay Street.  If the party is to win, then it must be prepared to put forward real solutions to the problems facing young people and workers — and be prepared to carry them through once in power.  Otherwise, the party risks making itself irrelevant, precisely when the class struggle in Canada is becoming ever sharper.