No Two-Tier Contracts – Unions Must Not Sell-Out the Youth!

The conditions of young people are getting worse and worse. In the post-war period, the youth could expect to be better off than their parents. Unions, especially in the automobile and manufacturing sector, were at the forefront of winning improvements that were eventually generalized to the majority of workers. Parental leave, reliable hours, holidays, and pensions, were won and served to raise the bar generally. But since generation X, and now the millennial generation, conditions stagnated and then went into reverse. The recent signing of a contract with two-tier pensions at General Motors by the Unifor leadership represents a new sell-out of the youth and merely serves to solidify this generational double standard.

Young people have an unemployment rate of 13%, which is consistently double the national rate, and does not include those who have been forced out of the labour market. Studies show that of those under 30 with some form of work, 48% are part time, 1 in 3 are in temporary positions, and Ontario alone has 300,000 unpaid interns (who aren’t included in unemployment statistics). In other words, overwhelmingly young people face precarious employment.

For those in education the situation is not any better. In 2010 the average undergraduate debt load was $26,300, an almost 30% increase over the previous decade. Due to the lack of job opportunities, many are forced into postgraduate study. A doctorate student could expect to carry a $41,100 debt burden, a staggering 72% increase. Even these figures are skewed, as they are averages that include the zero debt of the children of the wealthy – the position of working class students is even worse. Additionally, while a university degree in practically any subject was a ticket to a good job in the past period, now that no longer holds true. Even many PhDs cannot find work in their field. This generation was told that education is the road to prosperity, and are now the best educated in history, but that has offered no solution to the crisis of capitalism.

Capitalism is clearly failing the youth and offers no way out for the foreseeable future. In conditions such as these, where there are no individual solutions, young workers have traditionally turned to the organized labour movement to find a collective solution to the crisis. Unfortunately, sectors of the labour leadership are turning their backs on the next generation.

Unifor, formerly the Canadian Auto Workers (CAW) union, have just agreed a contract with General Motors at their Oshawa headquarters. This contract is to be used as a template for ongoing negotiations with the other major North American automakers, Ford and Fiat-Chrysler. Unifor National President Jerry Dias, who led the negotiations, had this to say about the deal: “This framework puts into motion what will be a historic agreement to secure a future for our members, for our communities and for the auto industry in Canada”.

Dias lobbied hard for a yes vote, presenting the contract as a victory, saying that it secures new investment. GM Oshawa is not unaccustomed to historic negotiations – in 1937 this plant was the site of a strike that led to the birth of industrial unionism in Canada. Unfortunately, almost 80 years later GM Oshawa is making an entirely different kind of history. This contract is most notable for bending to corporate pressure to enact a two-tier pension plan. Existing workers will enjoy what is known as a “defined benefit” plan, where workers know what they will get in retirement, while new workers will get a “defined contribution” plan, where returns are dependent on the vagaries of the stock market. Giving up this concession without a fight, while presenting the contract as a victory, is a historic sell out of young workers and will indeed set a precedent for a corporate offensive.

With regards the promise of new investment, this is a smoke screen. If a corporation is going to pack up and leave there is nothing in a union contract that can stop them. The only thing that can save jobs in this situation are factory occupations and a demand for nationalization. You cannot control what you do not own.

However, the threat of moving production is the ideal tool for extracting concessions. All the bosses have to do is suggest this is a possibility (even when it is totally untrue), and the union bureaucracies will give away everything. They will spread fear amongst the workers that this is the only way to “save jobs”. Any militancy by the workers will also be seen as a justification to close the plant. In the end such an approach destroys the union and the ability of the workers to fight and defend jobs if the boss actually decides to move production. In this case it was the youth who were sacrificed on the altar of “saving jobs” that may have never been in serious danger.

The new Agreement was ratified by 64.7%. This low ratification vote is a testament to the rank-and- file militants who understand the corrosive effect of two-tier contracts. They said, “we must vote this [contract] down and take a stand against any tentative agreement that defies a fundamental core principle of unionism- equal pay for equal work. It’s time for us to draw that line in the sand, and hold it.” Notably, the GM-Unifor agreement came just weeks after the Canadian Union of Postal Workers held the line in this exact issue in negotiations with Canada Post. CUPW president Mike Palecek repeatedly affirmed that he would not sell out the youth and the future of the union. At the time of the GM contract he said the following:

“The biggest mistake people make about two-tiered contracts is thinking they are just about forcing austerity onto the next generation. Of course, that is enough to make the very idea repugnant to anyone in the labour movement. But the most insidious part that often gets missed is that they aren’t just about the bottom tier. It is a divide and conquer game. The moment there are more workers in the bottom tier than the top, they will turn the tables. They will throw a few crumbs to the junior members, and rest on their votes to strip the wages, benefits and pensions of the senior people. And who would stand up to defend them, the second-class workers who know they were thrown under the bus earlier? Two-tiered contracts erode solidarity and pull everyone down eventually.”

This was also echoed by CUPE National President Mark Hancock, saying “Two-tier bargaining, where new hires are forced to accept inferior wages, pensions, benefits or working conditions, undermines solidarity and creates division in the workplace – at the end of the day all workers lose under these schemes.”

Sid Ryan, formerly president of the Ontario Federation of Labour before he was ousted by a Unifor-supported coup, added his voice to the criticism “Clearly, young workers will see this deal as the “boomer generation” pulling up the ladder behind them, selling out the next generation without a fight. Two-tier bargaining divides the membership and weakens the union from within. It makes it all the more difficult to organize young workers when they see the older generation giving concessions to employers that previous generations fought so hard to gain — essentially screwing them out of a secure future.” In a related move, Ryan has also been very critical of union leaders who have been cozying up to the provincial and federal Liberals through so-called “strategic voting”. In a disgusting display of class collaboration, Justin Trudeau recently received a hero’s welcome at Unifor convention while the Ontario Liberal labour minister was given an honoured position at Toronto’s Labour Day march.

Young workers cannot just sit down and accept the status quo from capitalism or from the union leaders. It is necessary to fight on every front in order to secure a future for the youth and workers generally. 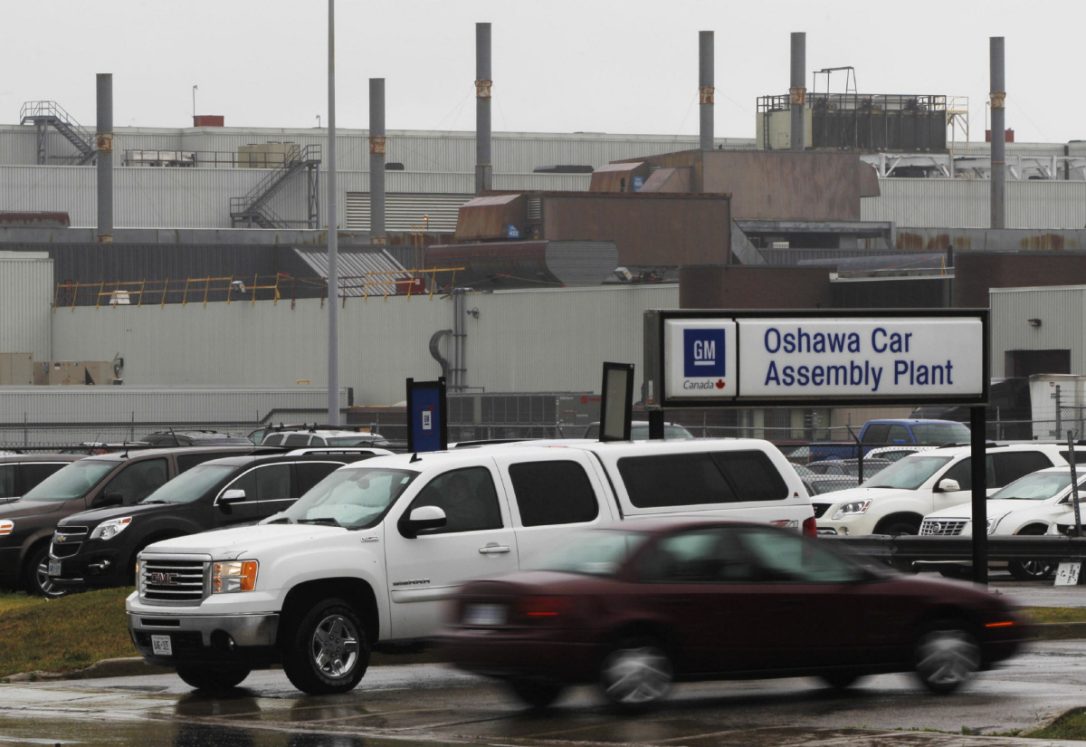 The labour movement needs to say a clear “No” to two-tier contracts. Don’t scab on future workers; don’t unleash this cancer within the union. Of course, not every union struggle is victorious. Sometimes workers have to accept a bad deal. However, there is a huge difference between standing up for what you believe in, going on strike, and eventually being starved back to work; versus accepting a sell-out contract without going on strike and then turning around and presenting it as a victory. Now defined benefit pensions will be on the chopping block everywhere, and two-tier will be seen as the norm. Ford and Fiat-Chrysler workers will do themselves and the entire movement a huge favour if they cauterize this wound at the source and refuse this pattern bargaining.

Finally, we have to understand that in the final analysis there are no decent jobs under austerity capitalism. Only a socialist society can guarantee full employment, union conditions, a living wage, free education, a reduced workweek, and decent pensions. Workers, and especially the young, need these things in order to survive. If capitalism cannot provide them then it stands condemned. Capitalism must go so people can live. Only when the movement understands that, will it be able to demand the win the maximum of concessions from the bosses, while also building a movement that is prepared to go beyond capitalism.