NDP wins in Nova Scotia: Now on with the work!

On the night of 10th June, Darrell Dexter and the Nova Scotia NDP captured the Nova Scotia provincial election—the first time that the NDP had won a provincial government in the Maritime provinces. While those in the mainstream media and the right wing of the party would credit Dexter’s “pragmatism” as the reason for his victory, the real cause lies in the ever worsening economy of Nova Scotia and the desire for change that is building in Atlantic Canada, and throughout the entire country. 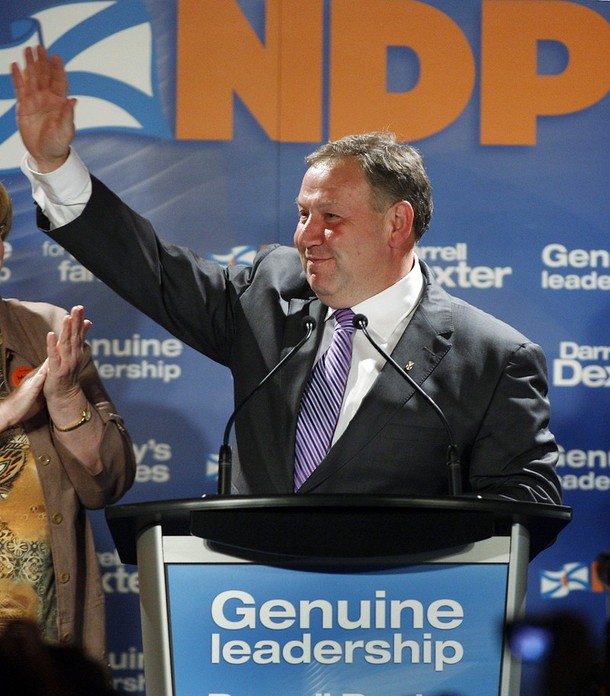 While the NDP victory in Nova Scotia is something to be celebrated, without a real policy of change, the situation will not improve for average Nova Scotians. Unfortunately, far from campaigning on real solutions for workers, youth, and the elderly, Mr. Dexter led a campaign that had energy but no substance. His seven key commitments to make life better read much like a Liberal or even Progressive Conservative handbook.

In almost all his commitments, Dexter mentioned the need to balance workers’ rights alongside management’s rights. Any worker knows, however, what is normally good for  management is seldom good for the workers.  How then will the NDP manage this strange balancing act? Furthermore, his main strategies for boosting industry in the province is through tax credits for private companies. Almost every section of the plan calls for making private industry more competitive at home and abroad. For private enterprise, this usually means cutting wages and stretching workers to the limit, hardly something NDP members would support.  Why should workers of Nova Scotia pay to reward management for making them work harder for less money? In addition to tax credits and subsidies for business, Dexter is promising that an NDP government will commit itself to balanced budgets—something that even the federal Tories are unable to do.  We need to ask Dexter where he is going to find the money to do this.

For the environment, Dexter proposes making it easier for companies to access woodland areas controlled by the province to open up the market. This means more clear-cutting and less regulation of the forests and woodlands of Nova Scotia, causing loss of habitat for animals and plants as well as adding to the problem of deforestation and climate change. While it is very important that we improve the job market, the way in which we harvest lumber in Canada must undergo serious changes. Unfortunately, quite the opposite has been put forward by Darrell Dexter. A publicly owned lumber industry that operates with the environment as its number one concern, rather than profits, would not only want, but need, to employ more workers than private clear-cut companies which operate that way because it maximizes profits.

Mr. Dexter’s plan also calls for a grant that would pay up to $15,000 to university and college graduates who choose to stay in Nova Scotia.  This plan is supposed to help keep trained professionals in the province. The problem with this plan is that giving these graduates a lump sum of money does not guarantee young people any jobs; this grant cannot be a replacement for creating new jobs.  This program would also not address tuition fees in the province, which on average are the highest in the country.  The grant money is all well and good but many working class youth will never be able to access it since they cannot afford to attend university in the first place. A plan that would make a real difference would be to remove tuition fees and institute free education, while actually creating jobs so that people will want and be able to stay their home province.  Why should the NDP have to bribe people to stay in Nova Scotia? We have to address the real problems of why these people want to leave to begin with. The key reason is a lack of decent well-paying jobs.

A proposal that made a big splash in the election was eliminating the HST on home electricity. This is a positive measure that can help many low income families, especially during the winter. Along with this, a retrofitting program is also to be undertaken in order to improve energy efficiency. These are good first steps, but if the NDP government is committed to cutting taxes within a balanced budget then the math just doesn’t add up. Something has to be sacrificed and we worry that Nova Scotian workers and poor will yet again be the ones at the back of the line.

The real reasons behind the NDP’s victory in Nova Scotia lay more in the discrediting of the ruling Tories and Liberals than the “pragmatic” platform that Dexter and the NDP leadership put forward.  The Conservatives were reduced from government down to the third party in the provincial legislature.  Nova Scotians are tired of the same old parties that are incapable of answering their demands and aspirations and have turned to the workers’ party, the NDP.  This is a very similar situation to the election of Bob Rae and the NDP in Ontario in 1990.  The Ontario NDP’s betrayal of the working class in Ontario decimated the party, and the NDP has yet to recover even to this day. The Nova Scotia NDP can learn a lot from this example.

However, it is still possible for NDP members of Nova Scotia to turn the victory into a real success, rather than a Bob Rae blunder. We must insist on real solutions for working people of Nova Scotia, and that means standing up for them. As workers are seeing throughout the rest of the country, when governments work with the interests of the business owners in mind, all it means is more attacks. As the political representatives of the labour movement of Nova Scotia and Canada, the NDP has a duty to improve the condition for working people. As the current crisis shows us, capitalism is not capable of this; the only way forward is socialism.

Members of the Nova Scotia New Democrats must stand up and demand real solutions from their government. Go to your local MLA, raise it in party meetings and talk to your family and friends. The NDP was elected to improve the lives of working people in Nova Scotia and it must deliver. It is not practical to sit and wait for big private corporations to act, we must take control ourselves. Once major industry is in public hands, we will have the resources and power to be able to construct a better province and improve both the environment and people’s lives. This is the real practical way to move forward.