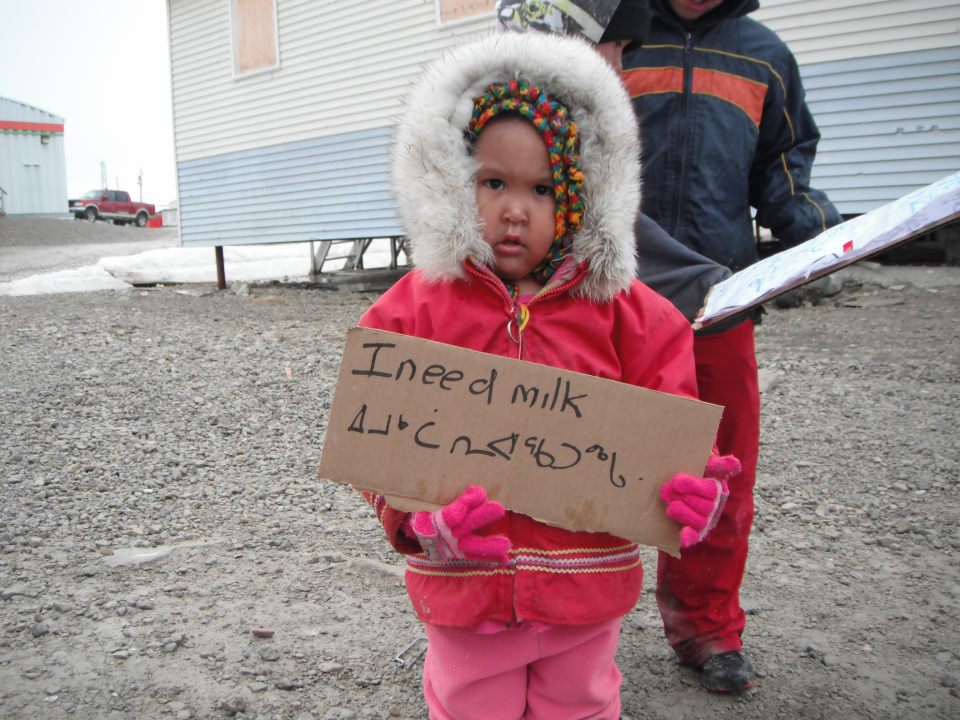 Throughout their nine years in power, the Conservative government has developed a tradition of brushing off the concerns and challenges faced by Canada’s aboriginal peoples. The latest example to get national attention is the failure of the Nutrition North Canada Program (NNCP), which was meant to ensure the affordability of healthy foods shipped to isolated Northern communities, where food insecurity is up to six times the national average. Since it was implemented in 2011, prices of food and other basic necessities have skyrocketed, leaving some with no option but to scavenge in garbage dumps to feed their families.

The NNCP has been riddled with problems in its design and management from the beginning. It replaced the Food Mail Program, which lowered costs by subsidizing the transportation of food, with a system that subsidizes retailers directly — in the hopes that they pass their savings on to consumers. In some cases, the subsidies are higher than the actual cost of shipping, so retailers are effectively being paid to ship food in. However, there is no way to ensure that retailers are actually passing these subsidies onto consumers, leaving many to suspect that the subsidies are not being fully reflected in prices.

Since the NNCP has come under scrutiny, some stores have taken to displaying how much items cost with and without the subsidy; for example, a four-litre bottle of milk may cost $10.39 instead of $20.91. But the conduct of retailers is far from the only problem with the program.

Different communities are subsidized at different rates — not according to current need, but according to their use of the Food Mail Program in 2010. This shows that the NNCP was not designed with a serious intent to help Northern communities, but to address their issues as mechanically and carelessly as can be gotten away with.

Worse still, is that under the guise of focusing on “nutrition”, the NNCP only subsidizes food that is considered “healthy” (and more often, perishable), cutting back on products that were subsidized by the Food Mail Program. Staples like rice and canned goods are no longer included, nor are non-food essentials like toothpaste and soap. In one store, a 24-pack of bottled water cost $104, and baby formula cost $55 a pack. The cost of diapers in one community is $40 per package, while it can cost $95 in another. At its core, the NNCP is nothing but an attempt to shrug off the government’s responsibility to Northern communities, while pasting on a veneer of paternalistic concern.

Northern communities are taking action. Inuit and other Northerners have responded with a steady stream of protests over the past few years, garnering national and even international attention, and resulting in the Auditor General’s report on the NNCP, released this fall. However, tweaks to the program, or even a change in government, will only bring superficial change. The issues with the NNCP illustrate what a low priority Northern food insecurity is to the ruling class. Even after the injustices of the NNCP have come to light, Health Minister Leona Aglukkaq is insisting that the problems have been exaggerated. But food insecurity in the North is an old and continuing challenge.

The vast majority of Canada’s Northern communities are populated by indigenous peoples who have been oppressed and exploited for centuries. No matter which capitalist government is in power, these communities will remain dependent, and be abused, by a ruling class that is intent on exploiting their land, but with as little cost as possible. The bosses, and their allies in government, want to extract the valuable resources held in the North, but don’t want to provide for its population which has been displaced and made even more vulnerable because of capitalist development. Some communities have had their drinking water poisoned by mining, while others are forced to live in some of the worst conditions imaginable because the government refuses to spend any money on decent housing or accessible water. Climate change has changed animal migratory patterns in the North, making it difficult for the Inuit to even feed themselves through hunting. It is a bitter irony that with the introduction of capitalism, both going to the store for food and living off the land are too expensive, as many can’t afford the cost of fuel and ammunition, much less taking a day off work to hunt.

The development of the North cannot be left to a government that has proven, time and time again, that it places the interests of the bosses ahead of that of the indigenous communities that live there. Any development should involve aboriginal communities, and seek to better the lives of indigenous peoples, provide protection for their environment, and provide good jobs and services for these oppressed communities. Socialists fight to give all indigenous people control over their land and their future in order to end the scourge of high prices and food insecurity.