Carbon Taxes: A solution to the environmental crisis? 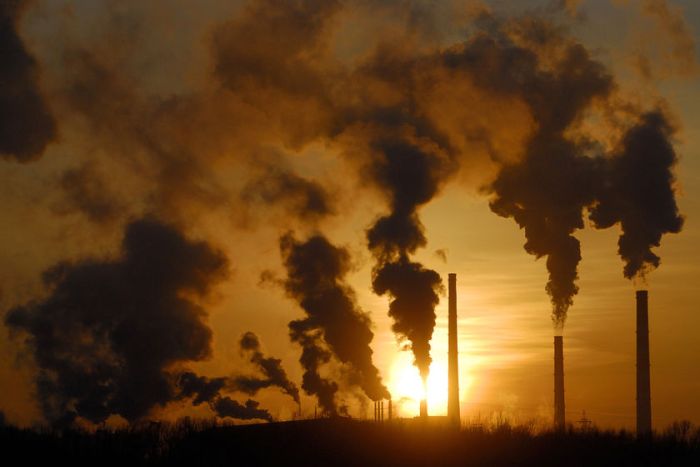 The question of climate change and the environment is one of the burning issues for today’s youth.  It is becoming increasingly evident that unsustainable exploitation of the environment cannot continue unabated.  One measure that is championed by the bosses and the ruling class, and is supposed to relieve the pressures on the environment, is a carbon tax, such as the one implemented in British Columbia in 2008. Five years later, can we say that carbon taxes genuinely work in protecting the environment, or are they simply one more tool in the bosses‘ arsenal in order to transfer more money into the bank accounts of corporations?

There is little doubt that Bay Street and their allies are enthusiastic about the carbon tax.  At the recent premiers’ conference, BC premier Christy Clark claimed that the carbon tax was already an effective policy tool for reducing greenhouse gas emissions in the province.  A new report out of the University of Ottawa also lauded the tax, while the Economist magazine labelled British Columbia as “the land of Green and Money”, citing the BC tax as an example of “green interests” coinciding with those of business.  Even many environmental groups have praised the BC Liberal government for supposedly taking the question of the environment seriously.

On the other hand, the carbon tax’s costs have largely been borne by only one group of people — the working class — while big businesses in BC have benefited through a myriad of tax breaks and subsidies given to them by the provincial government.  And although there has been some action in reducing carbon emissions, the reductions are still far lower than what scientists say is needed to stop the worst effects of climate change.

What is BC’s carbon tax?

In 2008, then-BC premier Gordon Campbell launched the Climate Action Plan, supposedly in order to help curb carbon emissions and to make BC a leader in carbon offset development. This is the same Gordon Campbell who, in 2002, had expressed “grave concerns” about the Kyoto Accord, de-regulated parts of the forestry industry, ignored the opinions of fisheries scientists and re-opened the farmed Atlantic cod fishing industry, and who now lobbies on behalf of the tar sands in Europe in his new cozy job as Canada’s high commissioner to the UK. Campbell’s resume does not suggest that he has ever been a friend of the environment.

Campbell was an even bigger enemy of the working-class movement in British Columbia.  Immediately upon their election, the BC Liberals proceeded to launch the most vicious set of attacks against public-sector workers in the province’s history, including sacking nearly one-third of the civil service in one go.  The Campbell government gutted social spending and proceeded to privatize key services and sectors of the economy.  Gordon Campbell and the Liberals were the dream government of the BC ruling class.

The Climate Action Plan, whose two main planks were the introduction of a carbon tax and the creation of a “carbon market”, was a great way for the Campbell Liberals to present themselves with a “progressive” wrapper while at the same time able to further the bottom line for big business in BC.  The carbon tax, in particular, did nothing but facilitate the transfer of money out of the pockets of working-class people and put it into the elites’ bank accounts.

Even from the viewpoint of bourgeois economics, the BC carbon tax is considered to be a regressive consumption tax; because it is a flat tax, people who earn less pay disproportionately more than those with higher incomes (particularly corporations).  The carbon tax operates by imposing a price on businesses for all of the carbon that they produce in the province.  The problem with this scheme, under capitalism, is that businesses only operate on the basis of making the greatest amount of profit possible.  Therefore, any increase in their costs will ultimately have to be borne by consumers.  The following is a concrete example of the effects of the carbon tax on ordinary working-class people: the price of carbon is set by the BC government, and currently stands at $25-per-tonne.  The petroleum industry passes this on as a 7-cent-per-litre surcharge on all gasoline sold in BC.

These surcharges, at least in the bosses’ minds, should begin to create a “Green Shift” in the economy.  Because there would be very real costs associated to carbon-intensive industries, both industry and people would begin to make “green” decisions in order to save money.  This “Green Shift” theory has not translated well into the real world, once again because of the limits inherent within the capitalist system.  Many businesses have found little incentive to shift their production methods after being rewarded by the BC government with a myriad of tax cuts and subsidies to offset the increased cost of production. Many working-class people would undoubtedly like to make changes to their lifestyle, however they cannot practically do so.  Ordinary people do not have extra money laying around just waiting to be invested in a new “green” alternative. Instead, they are taxed upon consuming the necessities of life, from heating their homes to commuting to work.  For example, many workers and students may wish to drive their cars less but cannot do so as there is little investment in public transportation.  Others may want to invest in “green” home technology but are unable to do so because the costs are still too prohibitive. Meanwhile, although real wages continue to stagnate, workers’ pockets continue to get lighter as they are faced with higher costs for the basic necessities of life.

The so-called “Green Shift” has not occurred for corporations, either.  As the global economy continues to struggle, the BC Liberal government fears that the carbon tax will turn away investors and make the BC economy uncompetitive.  In order to prevent this, the provincial government has thrown hundreds of millions of dollars, if not more, to businesses in the form of tax breaks and government subsidies — essentially negating the effects of the carbon tax and giving corporations little reason to shift towards “greener” production.  This is the depraved logic of market-based environmental solutions — in the end, any talk of defending the environment ends if profits are put at risk.

For BC to meet its carbon reduction targets, the Canadian Centre for Policy Alternatives estimates that the carbon tax would need to be increased to $200-per-tonne by 2020, in order to finally push corporations to adopting “greener” production — eight times the cost that is imposed by the BC government today.  Even if the provincial government were not bailing businesses out of paying the tax, that sort of cost would inevitably have to be borne by working-class people.

The other key policy of the 2008 Liberal environmental policy was the creation of a carbon market. Companies can propose projects which would supposedly require “green” investment in order to lower their carbon emissions. Companies or individuals can then buy these certified carbon credits at the rate of $25-per-tonne, in order to “offset” their own carbon emissions. This is administered by the Pacific Carbon Trust (PCT), which would have a monopoly on the creation of certifiable carbon credits. Participation is purely voluntary for corporations or individuals.

However, this is not the case for public sector institutions, who are mandated by the BC Liberals into being certified “carbon neutral”.  Large budget cuts has left school boards, universities, and hospitals unable to make any investments to actually reduce their own carbon emissions, and so they are forced to buy credits from the PCT in order to meet this obligation.  But, the fact that private businesses are not compelled to participate in the PCT means that 99.7% of all carbon credits are being bought by the public sector.

The only ones who have the money lying around to invest in “green” decisions are big businesses, who then sell their credits to the PCT. This is in addition to the tax breaks provided by the government to compensate them for the carbon tax. What all of this means is that there is a massive double handover of taxpayers’ money into the pockets of the bosses!

Despite these sweetheart terms, the PCT is still not enough to get the capitalist class to spend the money in switching over to more environmentally-friendly forms of production.  In its most recent budget earlier this year, the PCT actually recorded a growing surplus, now numbering $30-million.  The public sector is actually buying up more carbon credits than the private sector is creating through “green” investment!  A recent report from the provincial auditor-general’s office has also cast doubt over the validity of the carbon offsets being created through the PCT.  Two projects that qualified for carbon offsets were actually found to be cost-ineffective and not proven to actually reduce the production of carbon.  More and more, the PCT is being shown to be completely unable to solve the environmental crisis and instead, and is just another means of funnelling money to the BC government’s big business friends.

A real solution to the environmental crisis

Despite much of the positive spin from the mainstream capitalist press, the environmental policies of the BC Liberal government have not succeeded in getting BC on track to meet its emission goals.  Under BC’s Climate Action Plan, the environment has come a distant second to the government’s real goal — further enriching the bank accounts of Big Business in the province.  And even if capitalism could solve the environmental crisis, it would only do so if the bottom line were not jeopardized.  This would mean that any negative costs would ultimately have to be borne by workers and youth.

Any real serious attempt to defend the environment would necessarily have to begin with the removal of the profit motive.  A beginning would be the nationalization of the top industries in BC, and across the country, and placing them under the control of the working-class under a democratic plan of production.  The economy needs to be based upon meeting the actual needs of society rather than the needs of quarterly investment reports.  In addition, what interest would workers and youth have in destroying their own environment, or the environment of future generations?  Using the general wealth available in society today, major investment in infrastructure could take place, creating good quality and free public transportation.  Sustainable energy sources could be discovered and made available to all, and not be limited because of cost.

Saving the environment should not be another means of taking money away from working-class people and giving it over to Bay Street. It is time to expose carbon taxes for what they are — a money grab for the rich disguised as a “green shift” . Let us begin the fight for socialism while there is still time to save the environment. Don’t let capitalism cost the planet!