Britain: Labour’s leaked manifesto – a bold break with the past 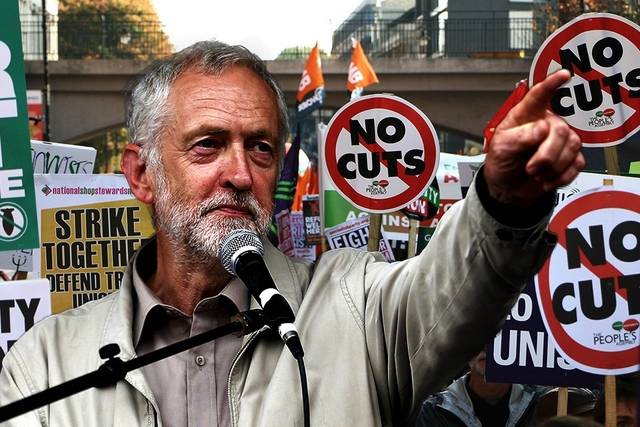 On Tuesday, an anonymous source leaked the Labour Party’s draft manifesto for the upcoming general election – without doubt the boldest and most left-wing manifesto that Labour has stood on in decades. Pledges cover everything from the renationalisation of Royal Mail, to restoring trade union rights and building 100,000 council houses a year.

This is a programme that could genuinely galvanise support for the Labour Party and which – if linked to a clear and bold socialist plan – could provide the starting point for disassembling the “rigged system” that Corbyn has correctly denounced in his speeches.

Right wing out of touch

In itself the timing of the leak, coming as it does before final agreement on the manifesto, sheds further light on the schism that has become a gulf in the Labour Party between Corbyn (and his supporters) and the Blairite right wing. The Tory party, right-wing media, and “anonymous sources” on Labour’s right, meanwhile, have seized upon the leak as proof of the Corbyn Left being radically out of touch with the British public.

Various right-wing wiseacres have termed the leaked manifesto another Labour “suicide note” – building on the myth that the left-wing 1983 manifesto of the Labour Party was the “longest suicide note in history”, on account of being too radical for British workers to swallow. What is conveniently overlooked in all this, however, is that the Labour Party was elected in 1975 on a far more radical programme of nationalising the top 25 monopolies!

The real problem in 1983 was that Labour faced the same internal sabotage then that it faces now, with every senior Labour Party figure other than leader Michael Foot undermining and contradicting the manifesto at every step. Furthermore, Labour’s vote was split by a splinter group formed from Labour’s right wing, the Social Democratic Party – many of whose members were welcomed back into the fold during the Blair years.

In reality, it is the right wing that have now illustrated their detachment from the real mood in society by denouncing these policies. Policies such as renationalisation of basic utilities, proper funding for the NHS, and ending the housing crisis by building council homes are tremendously popular and will gain a real echo amongst workers, the poor, and young people.

Tory governments have in recent decades wrought inestimable damage to the poorest and most vulnerable in society, with cuts in public sector pay and frontline services that stand in contrast to the largess they have shown to the richest in society.

This leaked Labour manifesto seeks to undo that damage in a number of bold, sweeping moves. It promises to implement a renationalisation (of sorts) of Royal Mail, the energy companies and railways; to address the housing crisis by building 100,000 council houses a year; to abolish university tuition fees; to end the privatisation of the NHS and boost public healthcare funding by £6 billion a year; and to bring back and strengthen trade union rights, amongst a whole series of other pledges.

A break with the past

In content, there is no doubt that this manifesto, drafted by Corbyn’s head of policy, Andrew Fisher, represents a complete break from the “Tory-lite” programme of the Miliband and New Labour years. As we have argued previously: in order for Labour to overcome the contradictions posed by Brexit, it is necessary for Corbyn to throw away the rule book and to launch an offensive against the bosses’ system with clear, socialist policies. 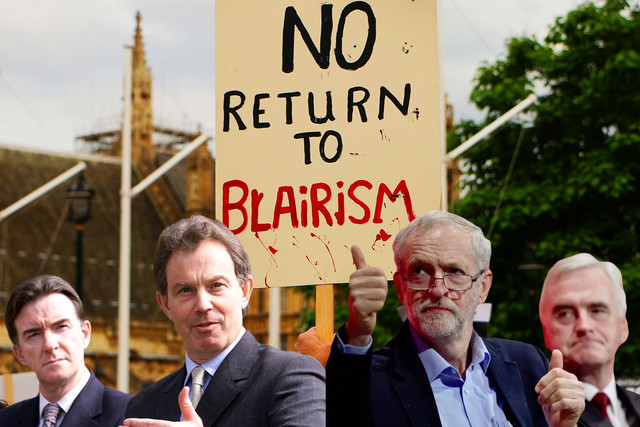 Already it is clear that the policies contained within this draft manifesto are tremendously popular and speak for themselves, helping to penetrate the thick fog of media slanders that are constantly being hurled against Corbyn. A poll at the end of the Daily Mirror article breaking the news of the leak showed that 70% of readers would support this programme in its entirety.

The contents of this manifesto have squarely thrown down the gauntlet to the Tories and the right wing of the Labour Party. It has placed them on the back foot, putting the ball in their court and forcing them to defend their programme of cuts and austerity. Now they must justify why they are intent on attacking the working class and making them pay for the crisis.

A question many will now be asking themselves is: who leaked this draft manifesto?

Some have suggested the left wing around Corbyn may have done so to steal a march on the Labour right wing and the Tories. It seems unlikely, however, that the Labour leader’s team would try to orchestrate such a chaotic leak.

This move fits in much more with the modus operandi of the Blairite wing and their ongoing plot to undermine Corbyn. According to the Financial Times, Corbyn’s team had already been warned of “endless leaks” from the Labour Party HQ, which is a permanent nest of anti-Corbyn conspiracies.

The objective of these leaks is clear: to disrupt the election campaign; to paint Corbyn as being incompetent; and to promote the narrative of certain embarrassing defeat for Labour on 8th June, with the hope of deposing of Corbyn as leader thereafter.

The Blairites, who represent the interests of big business in the party, are utterly detached from the reality of the lives of ordinary working people, however. This was revealed clearly when one anonymous source from Labour’s right wing summed up their detachment and disdain for the working class by characterising the leaked manifesto as “a load of freebies for every special interest group” and nothing but “concern for the ‘feckless poor’”!

These careerist gangsters and rogues have no place in the Labour Party. If it was indeed the right wing who carried out this leak, however, their actions may blow up in their faces, as these policies will prove tremendously popular with millions of the poor, workers and youth. In the course of the upcoming week of ongoing negotiations over the manifesto, it is going to be extremely difficult for the right wing to now excise the boldest pledges.

Despite containing many bold and progressive measures, we must also warn against the elements of compromise that are also to be found in this draft document.

For instance, instead of simply renationalising the railway companies, the manifesto pledges to proceed at a snail’s pace, bringing the various franchises in house as they expire. The profiteering companies that currently run the railways have raked in tremendous profits over years. There should be no compensation for these parasites, who have already handsomely compensated themselves. All rail and bus providers should be immediately nationalised under democratic workers’ control. 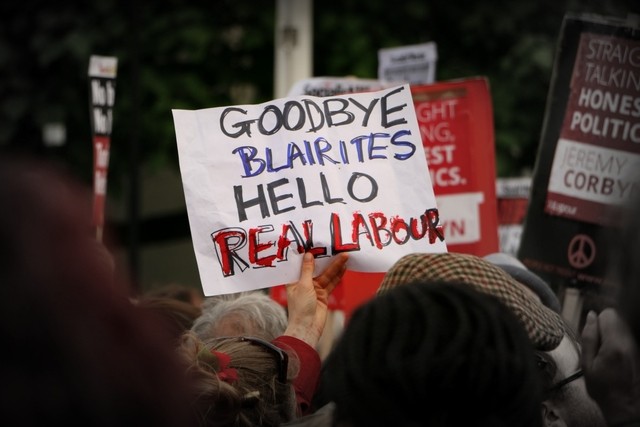 The same must be said of the big energy monopolies also. Instead of partial nationalisation by setting up publically-owned energy companies to compete against the major gas and electricity firms, Labour should be promising to nationalise the “Big Six” immediately – without compensation.

On immigration too, there are elements of compromise, with talk of “controlled immigration” as a sop to the right.

Most notably in terms of compromise with Labour’s right wing is a commitment to the renewal of Trident, Britain’s nuclear weapons system – a policy that the Corbyn himself has vocally opposed for decades; and, similarly, a promise to meet the NATO target of spending 2% of GDP on military “defence” (read: invasion and attack).

These are the motifs of the Blairites, and are clearly included in the manifesto as a result of the constant harassment by the right wing of the party. The leak itself, however, demonstrates the futility of the Corbyn leadership attempting to compromise and unite with the Blairite right. These establishment scoundrels will not be satisfied with such crumbs, and will only be happy once Corbyn and his hundreds-of-thousands of supporters are cleared out of the party, with complete control once more lying tightly in their grasp.

Furthermore, attempts at compromise will only serve to undercut Corbyn’s message and weaken the necessary punch of the bolder elements in the programme. The rejection of a second Scottish referendum is the centrepiece of the right-wing Scottish Labour Party’s campaign for instance. This policy, along with the commitment to Trident’s renewal, will go down like a lead balloon in Scotland.

The more serious big business media outlets have had to remain fairly muted on the question of this leaked manifesto. The reason is clear: the bold policies contained within it are extremely popular within society! The idea of renationalising the railways might sound like Bolshevism in the ears of the ruling class, but to working class people such proposals sound like a common-sense response to years of profiteering and mismanagement by the private sector.

The main mud that the right wing have slung at Corbyn and McDonnell is the accusation of economic incompetence: that the numbers just don’t add up. The more hysterical “experts” have even suggested that electing Corbyn will lead to Mugabe-style hyperinflation, with a future Labour government resorting to printing money to carry out its policies.

Clearly these ambitious reforms and promises demand serious levels of investment. To name but a few pledges, the manifesto includes: £1 billion extra for arts spending; £7.6 billion for the NHS and social care; and the abolition of tuition fees and the reintroduction of education maintenance grants at a cost of £10 billion.

These sound like large figures, particularly in the context of this age of austerity. But clearly such sums exist within society. The Sunday Times Rich List announced this week that the richest 1,000 people in Britain are worth a total of £658 billion – an increase of 14% since last year! It is these individuals, the billionaires and multimillionaires, who concentrate in their hands all of the wealth generated by the labour of millions of ordinary people, in this country and abroad.

The manifesto pledges to raise the necessary means to carry out its programme through taxation of the richest in society – with a progressive tax increase on all incomes over £80,000 and a rise in corporation tax to 26%.

On paper this seems quite reasonable. However, we should first point out that it is not the richest 5%, as represented by those earning over £80,000, who concentrate all the wealth in society. It is really the richest 0.1%!

Alarm was sounded by the director of the British Chambers of Commerce, a reliable spokesperson for this thin layer of parasites. Upon reading Labour’s leaked manifesto, this representative of the bosses and bankers stated that, “We need to send a message that the country is open for business after Brexit. A big increase in a profit tax does not send that message.” 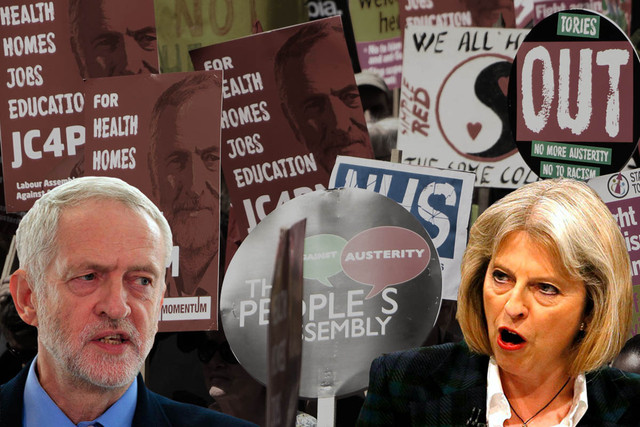 The threat is simple: if the country is not “open for business”, the capitalists will simply go somewhere that is. Already Frankfurt, Paris, Dublin and other financial centres are laying out the red carpet for British finance capital in anticipation of the Brexit catastrophe that they foresee the Tories delivering.

Fight the Tories with socialist policies!

Simply put, the only way to harness the enormous wealth that exists in society for the purpose of the progressive reforms outlined by Corbyn and his leaked manifesto would be for a socialist Labour government to nationalise the major banks and big businesses, placing them under the democratic control and management of the working class.

The draft manifesto leaked this week is a positive step forward for the labour movement – a clear break with the New Labour past. The task now is for the Corbyn movement to organise and mobilise to take this anti-establishment message onto the streets and into working class communities; to go on the offensive against the Tories and their “rigged system”; and to fight this election on a bold socialist programme.