Thousands protest against racism in Montreal

On the afternoon of November 12th, thousands of people gathered in the cold streets of Montreal to protest racism and the far-right. The events of this past year have shown us that the far-right is emboldened; from Charlottesville to the shooting at the mosque in Quebec City. In addition to this, with the passing of the racist, islamophobic, Bill 62 these sorts of politics have become normalized. The presence of thousands on the streets shows that people have had enough and are organizing to fight back!

The demonstration left Place Émilie Gamelin at 2pm and marched northward to Sherbrooke street and then headed downtown. Though it was well below freezing, nearly everyone was energetic, vocal and there was even a small brass band. “On n’oublie pas, on pardonne pas, le fascisme ne passera pas!” and other chants were floating through the chilled air without pause from start to finish. At Place du Canada, the monument and statue of Sir John A. Macdonald (father of confederation and first Prime Minister of Canada) had been doused in red paint the night before to symbolize the genocide he orchestrated against indigenous peoples in Canada.

It is no secret that building a revolutionary organization such as Fightback is a difficult and daunting task, but on the 12th of November all that hard work visibly paid off! In a sea of red flags and banners bearing titles such as “Marx was right, workers of the world unite!” and “You can’t have capitalism without racism”, we had one of the largest contingents with approximately 50 people! This is the largest contingent to date that we have organized in Montreal and shows that workers and youth are looking for Marxism. You can see our contingent in the following video of the demonstration produced by Wolvision media:

This demonstration should not be the end, but only the beginning of general, mass mobilizations against racism and the far-right. Every time groups like La Meute or the Storm Alliance raise their heads and try to demonstrate publicly, there must be a mass show of force to say to them that they are not welcome in our communities! The labour unions have a central role to play in these mobilizations as they have the resources, members, and traditions to mobilize large sectors of the working class. The message must be clear – We will not let them divide us! Racism only benefits the ruling class! As well, unions should organize mass defiance of Bill 62. This rotten law only serves to sow divisions in the workers organizations. We need to reject this!

The message that Fightback brought to the demonstration yesterday was that racism is inextricably bound up with capitalism. Racism is used today as a means of attacking segments of the working class in order to pit one part against another. A good example of this is the newly passed Bill 62 here in Quebec. This law forces anyone who is taking a bus or giving or receiving a public service, to remove all articles from their faces for “security” measures. This is clearly an attack on Muslim women and minorities and we vehemently oppose this. As long as we live under capitalism where it is in the interests of the capitalists to divide us to weaken our resistance, racism and the far-right will persist.

Conversely, this is precisely why we must work in unison for an international socialist revolution and put society and the economy under the democratic control of the working class. Through solidarity and class unity, we can, and must, crush fascism, racism, xenophobia and any form of prejudice in society and strive to build a socialist society so that the future of humanity may be void of this vile hatred!

Join us in the fight against racism and for a socialist world! 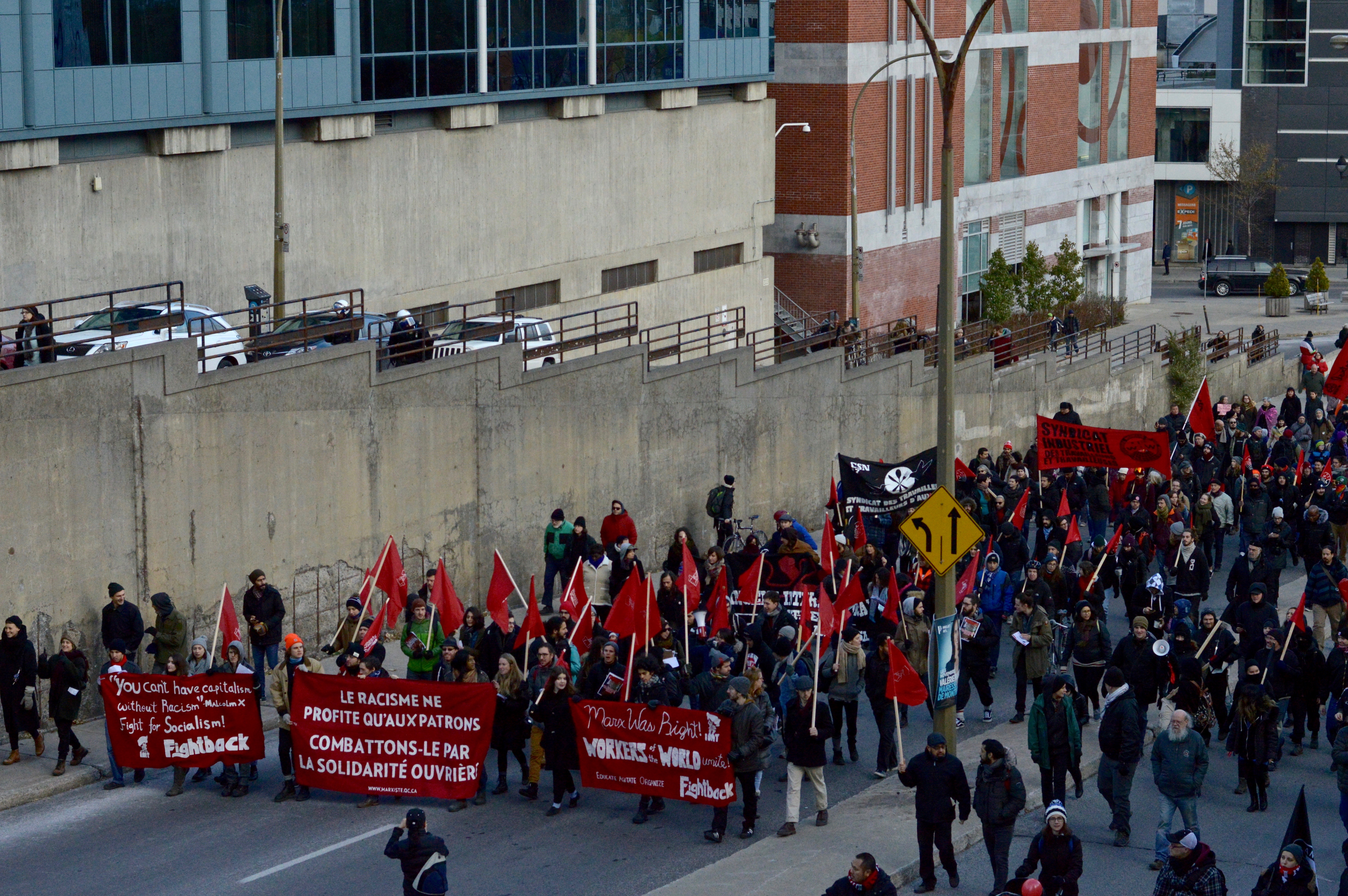