The Vancouver Olympics: An expensive attack on democratic rights 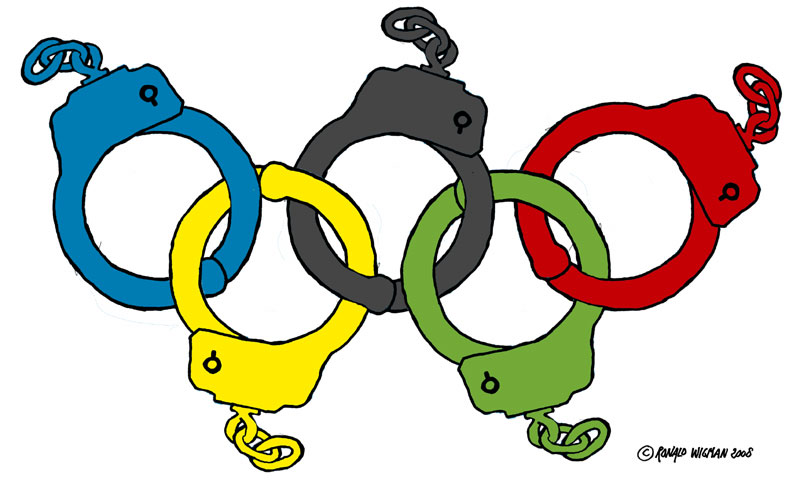 Despite the images of natural beauty and pleasant ‘middle class’ life that will be broadcast to the world in February, Vancouver is a troubled city and B.C. is a troubled province. In the past decade, Gordon Campbell’s Liberals have brought unprecedented cuts to social services. Welfare has been slashed, along with health-care, education, and virtually every other service. The railroads, ferry lines, and much of the power system have all been privatised. In addition to the cuts, labour laws have been changed dramatically in favour of the bosses, and corporate taxes have been slashed to the lowest rate in Canada, paid for by the cuts in services.

The end result is a province that has seen poverty and inequality rise to unprecedented levels. For the last six years, B.C.’s rate of child poverty has been the highest of any province in Canada. Vancouver has become a city of sharp contrast between rich and poor. The infamous Downtown Eastside sits only a few blocks from posh Yaletown and the two most prominent Olympic venues: B.C. Place, which will house the opening ceremonies, and G.M. Place, which will house men’s hockey. Jim Green, former city councillor and two-time mayoral candidate, recently described the Downtown Eastside as “the heroin, AIDS and TB capital of the industrial world.” This claim is well supported by facts: the rate of HIV infection in the neighbourhood is the same as in Botswana.

Meanwhile the provincial deficit for last year was estimated at $2.8-billion. In an effort to balance the books, further cuts have already been announced to vital programs aimed at tackling poverty, and the government has promised to keep cutting until the deficit is eliminated.

These realities underscore the tremendous waste that is the Olympics. Originally, we were promised that through the magic of public-private-partnerships, the government would be on the hook for only a very small portion of the costs. We were told that there would be huge economic spinoffs from hosting the games, such as tourist revenue and increased investment stemming from worldwide exposure. It was presented as a win-win scenario, with nothing but positive results for everyone in BC.

This dream of a zero-cost Olympics has since been smashed by reality. Most prominently, the bailout of a private corporation that was contracted to build the athlete’s village (to be funded entirely by the sales of the luxury condos after the games’ conclusion) has cost the city of Vancouver $1.2-billion. Criminally they appear to have reneged on a commitment to turn part of the athletes’ village into social housing. This bailout received a lot of press, but there have been similar bailouts of other corporations involved in public-private-partnerships. With additional costs and “budget-overruns” included in the calculations, the total cost of hosting the games is now estimated at approximately $7-billion. Although the problem of escalating poverty cannot be solved under capitalism, money wasted on the Olympics makes an extremely bad situation far worse. 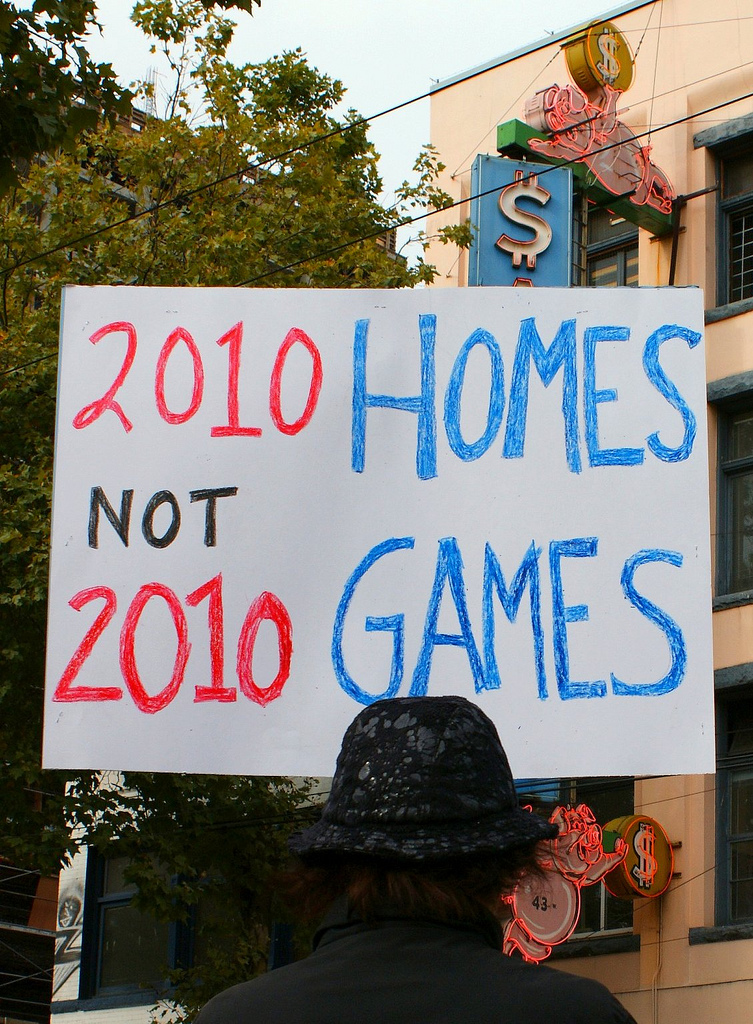 Along with being forced to pay the costs of hosting the Olympics through government cuts, the working class has been priced out of seats for the events. With the majority of tickets costing well over $100, this is a party to be enjoyed only by the rich, while the working class pays the bills and watches on TV. The costs are not limited to Vancouver or to BC, and are being felt across Canada. Despite the record $56-billion deficit, the federal government is on the hook for the $900-million needed to pay for security at the Games.

Probably the most glaring example of how the games are for the rich is the way in which those in poverty are being treated by the Games’ organizers. The above-mentioned “security” that taxpayers are paying for is being used to militarize the city, push the poor into hiding, and prevent democratic dissent. The “Assistance to Shelter Act” effectively allows homeless people to be kidnapped and forced off the streets. Bill 13 criminalizes anybody with an anti-Olympics poster under the guise of copyright protection. Activists are being detained and harassed at the US border and it is an open secret that police are planning to infiltrate protest groups; they may even instigate violence to justify a crackdown.

As well as being an effective subsidy from the poor to the rich, the Olympics are providing a useful distraction for Stephen Harper. The Conservatives are desperately trying to get people to forget the Afghan detainees torture scandal. Richard Colvin, a high-ranking Canadian diplomat who was stationed in Afghanistan, testified that the Canadian occupation of Afghanistan directly led to an increase in Taliban support in that country. As well, they are trying to escape the public outcry over the cost of the Games and the fact that despite proclaiming the end of the recession, working-class Canadians are still bearing the brunt of the capitalist crisis.

Last year, people stomached the undemocratic closure of Parliament because they did not support the Liberal-NDP coalition. This year, however, people are outraged that Harper is once again invoking prorogation to try to get out of another tight spot. As this editorial is being written, the Tories have dropped nearly 10 percentage points in the polls into a tie with the Liberals. By suspending Parliament whenever his government gets into trouble, Harper is having the unintended effect of showing Canadians the sham that is bourgeois democracy. (Also see: “20,000 protest prorogation: Where now for the movement?” ) It remains to be seen whether people will be successfully distracted for the duration of the Olympic circus; but, after the Games, it looks like there will be both an economic and political hang-over.

By the end of February, we will all be left looking at our city, our province, and our country, and we will ask ourselves what we got out of the deal. The answer will be nothing but a debt-ridden mess, an erosion of civil liberties, and attempt to dodge accountability for torture in Afghanistan. As for economic spinoffs, a boatload of fresh debt and cuts on the horizon mean we’re in for more of the same – another lap in the race to the bottom. At least it will be a good party, even if none of us are invited.