The Rohingya crisis and the real face of liberalism 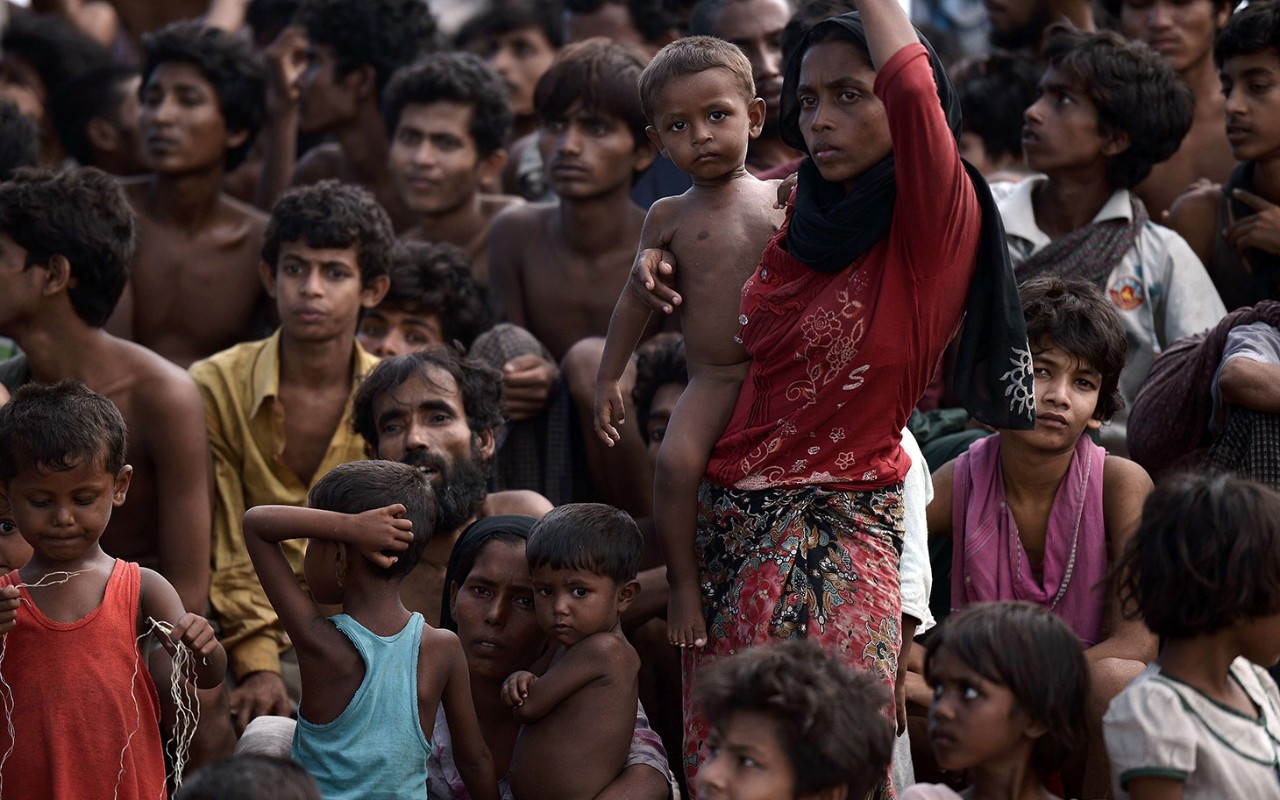 Thousands have been killed and hundreds of thousands of defenceless Rohingya Muslims are fleeing the brutal onslaught of Myanmar’s armed forces. In the middle of all this, we have the western media’s darling “democrat” and Nobel Peace Prize winner, Aung San Suu Kyi.

The stories are horrifying. Men, women and children burned alive, hundreds of villages burnt to the ground. Official figures put the deaths above one thousand, but the real figures are obviously far higher. According to the UN, more than a quarter of a million have fled to Bangladesh so far – that is at least the amount who have made the terrifying journey. Meanwhile Myanmar’s army is said to have mined the border with Bangladesh so as to prevent these people from returning. More than 25 percent of the Rohingya population is said to have left Myanmar.

The regime has unleashed the full force of the army and Buddhist fundamentalist gangs on the whole community of defenceless Rohingya. This is allegedly to combat an Islamist terror organisation which carried out a series of attacks on police stations across the country, but what is happening is not an anti-terror operation, it is ethnic cleansing.

The Rohingyas are an easy target. This stateless people, has no rights and most of the community lives in conditions of barbarism crammed into camps with no access to jobs, education or healthcare. In 2015 we wrote:

“It is important to understand that the recent intensification of communal violence is a reflection of the sickness of capitalism and the parasitic nature of the ruling classes both internationally and in Myanmar. Ethnic violence is, at its root, caused by generalized scarcity and the resulting desperation of the urban and rural poor. UNDP reported that in 2010 there was a 26 per cent rate of incidence of poverty, with rural poor accounting for 84% of the total poor. 32 per cent of children below the age of five suffer from malnutrition, with the highest level found in the Rakhine state (53 per cent) where the Rohingya people reside. This condition is further exploited by the Burmese military and the ruling classes to stoke ethnic clashes that divide the toiling masses and clear prime lands from its indigenous inhabitants for lucrative development projects.” (The Plight of the Rohingya Muslims today in Myanmar)

The article above is well worth rereading as all the fundamental points remain valid today. In fact very little has changed. The western press only seems to notice the plight of this downtrodden people every couple of years, when it suits the interests of western imperialism – at present their coverage conveniently falls at a time when the government is moving closer to China. This present massacre is only a spike in an ongoing campaign of terror and mass murder which has been going on for years.

It is not surprising, if such conditions of absolute powerlessness should spawn terrorism, but terrorist outfits have until now had a peripheral role. The continued massacre of the Rohingya is sure to change that.

But that is not to the detriment of the architects of the terror. Besides the “usual” landgrab and robbery the main motivation for the army is to use sectarianism to strike blows against the protest movement which has been simmering for the past decade. The movement started in 2007 around the removal of fuel subsidies, but lacking a clear alternative it galvanised around the present head of state, Aung San Suu Kyi. While the whole liberal world was busy praising the “non-violent” methods of the Nobel Peace Prize winner, the Marxists warned that she could not solve anything. In another article which deserves rereading, we wrote:

“As we have seen the lead came initially from the young Buddhist monks, around which a mass movement has developed, but they too do not have their own political voice. Thus they have turned to Aung San Suu Kyi and the National league for Democracy. This woman, thanks to her years under house arrest has built up the moral authority to emerge as ‘leader’ of the mass movement.

“What we have to underline is the fact that she and her party were not the promoters of this movement. The movement is a reaction to the terrible conditions the masses are living under. However, although she has not promoted the movement, she will most likely be the main beneficiary of that movement.

“(…)The military elite wants to hold on to power for fear of losing their privileges. They want a capitalism all of their own, that allows them to remain as the elite of society. The opposition want a form of capitalism more in line with the interests of imperialism. On this basis both sides are in opposition to the real interests of the toiling masses.” (The Tragedy of Myanmar)

Since then these words have been vindicated a thousand times. The callous “State Counsellor”, has effectively supported the army campaign after blaming “terrorists” for “a huge iceberg of misinformation” about the violence. Now this lover of peace is showing her true self and (most of) the same liberals who were crying for her back then are shedding crocodile tears today. Suddenly they think that she should be “stripped off her Nobel Prize”, but Aung San Suu Kyi is right at home with some other prominent winners of that prize such as Henry Kissinger and Barack Obama, the only peace prize winner to bomb another peace prize winner.

Seeing the rising tide of the mass movement, the army, pushed by China and the west, decided to give certain concessions and to make a deal with the NLD. Aung San Suu Kyi’s role was to tame the revolutionary movement and lead it down a “safe path” which would secure the underlying system. In 2012 and 2015 her party won landslide victories in parliamentary elections, but apart from overseeing enormous privatisations and austerity, it has changed nothing. Not finding a revolutionary outlet, the movement ebbed and thus gave room for the army to step forward once more, leaning on reactionary Buddhist fundamentalism.

What this case really exposes is the complete dead end of liberalism. When the revolutionary masses were contemplating violence against their rulers, Aung San Suu Kyi was all for non-violence, hugs and kisses. But when it comes to the violence of the rulers, whether in the form of austerity and chronic poverty or brutal massacres, “pragmatism” is the catchword. They are always far more afraid of the masses than they are of the rulers, because once the masses move, they challenge the base of the capitalist system itself. But it is exactly this capitalism which is the root cause of the problems of the peoples of Myanmar. Sectarianism, misery and poverty are all products of an outdated system which is incapable of showing a way forward for society and which allows obscene riches for a few, while the vast majority is condemned to a barbaric struggle for crumbs.