The Conservative Party and the renegade Bernier 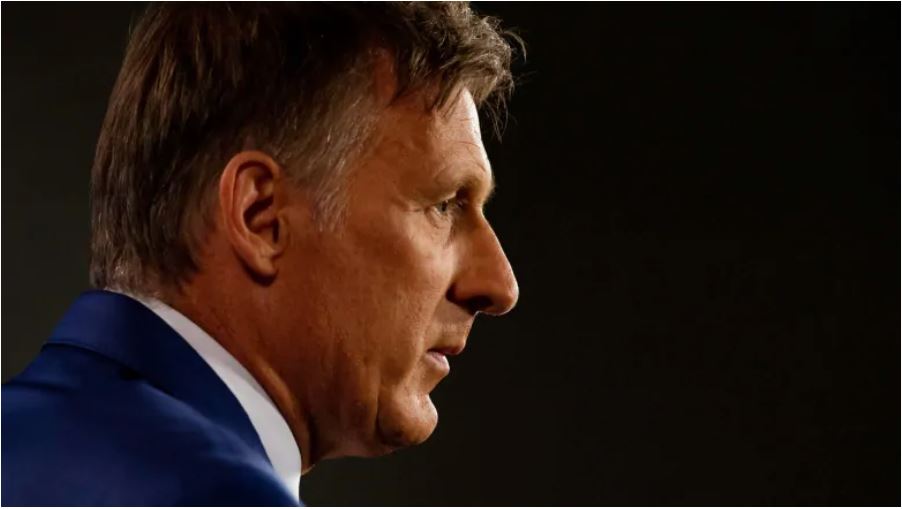 On Aug. 23, former Tory MP Maxime Bernier delivered a prepared statement in Ottawa announcing his resignation from the Conservative Party of Canada and his intention to form a new party that “represents Conservative values”. In his statement, Bernier said his former party was “too intellectually and morally corrupt to be reformed,” and went on to denounce them for their support of corporate bailouts, retaliatory tariffs against the United States, “identity politics”, and supply management, among other things. Bernier also added that the election of Conservative leader Andrew Scheer as Prime Minister would be “a more disastrous form of the Liberal government”. As for the as-of-yet unnamed party, Bernier mentioned only that it will run in the 2019 federal election. The question on everyone’s lips is the same: what does this mean for Canadian politics?

This announcement comes amid a turbulent few weeks for Bernier. On Aug. 14, he issued a tweet denouncing “extreme Liberal multiculturalism” in response to a park in Winnipeg being renamed after Pakistan’s founder Mohammad Ali Jinnah. The response was immediate. MPs denounced Bernier’s remarks as being divisive, including those from his own party. Tory MP Tony Clement remarked that “Mr. Bernier has latched onto diversity as if it’s a threat and that is false.” Tory Immigration Critic Lisa Rempel also joined the fray, adding “My colleague has a choice to make: does he want Andrew Scheer to win or Justin Trudeau to win?”

Within days, Tory leader Andrew Scheer was forced to issue his own statement to minimize the damage in his party, stating: “Maxime Bernier holds no official role in caucus and does not speak for the Conservative Party of Canada on any issue. Personally, I disagree with politicians on the left and the right when they use identity politics to divide Canadians. I will not engage in this type of politics.”

Scheer’s statement was meant to deter Bernier. It did not. Instead, he took to Twitter yet again to reaffirm his beliefs:

“I have repeatedly stated that I believe identity politics is reductive, divisive and destructive of our social cohesion. I am doing THE OPPOSITE of identity politics by focusing on policy solutions that concern ALL Canadians. And I will continue to do so.”

Days later, he issued yet another series of tweets, denouncing immigration policy which he believes aims to “forcibly change the cultural character and social fabric of Canada,” as well as “social engineering for ideological and electoral purposes.”

Fearful of Bernier’s impact on the Conservatives’ electoral prospects, he was taken aside and given an ultimatum: either cease your antics or be forced from the party. However, Bernier by this point had already made his decision. On Aug. 22 he issued another tweet, this time directly attacking MPs in his own party:

“So, after disavowing me last week for raising the issue and telling me to shut up, my colleagues have just realized that this is something Canadians find important and want to hear about? Great example of strong leadership!”

This was the point of no return for Bernier. But by then it was already clear that he had ambitions outside the Conservative Party.

Bernier had no doubt been planning to form his own party for some time. His dream to become Prime Minister was cut short when he narrowly lost the Conservative leadership race to Andrew Scheer in 2017. Rather than accept his loss, Bernier floated accusations that “fake conservatives” had conspired to defeat him by registering for the party at the last possible moment. Bernier suggested that these were dairy farmers opposed to him because of his outspoken views on ending supply management, a system which regulates dairy production in Canada and is overwhelmingly supported by farmers.

Bernier was denounced for his remarks and forced to back down. The dispute in the party was thought to be closed—that is, until Bernier reopened it the following year by publishing a chapter of his autobiography online which repeated accusations that “fake conservatives” had ushered Scheer to victory. In response, Scheer removed Bernier from the Conservative shadow cabinet and insisted once more that he obey party discipline or face the consequences. Since that moment, Bernier has been planning his revenge. On Aug. 23, by announcing his departure on the eve of the Conservative Party conference in Halifax, he got it.

Bernier has a loyal fan base which he hopes will propel him to victory. However, up until recently, his almost fanatical focus on obscure issues such as supply management have resulted in a base of support which, although loyal, is quite small. In search of inspiration, Bernier has looked south towards the United States. His recent statements on immigration and “political correctness” make it crystal clear what he intends to do next: replicate what was accomplished by Trump in the U.S and, in effect, become Canada’s Donald Trump. His party, if it comes to fruition, will be everything that the Conservative Party already is, but even more so: more racist, more pro-business, and most important of all, more demagogic. Bernier hopes that his own special brand of right-wing populism will work as well in Canada as it has in the United States, thus giving him what he’s always wanted: to become Prime Minister of Canada.

As of now, no one can predict where Bernier’s latest adventure will take him. His new party may be stillborn, it may be absorbed into the Conservative Party, or it may on its own become a significant factor in Canadian politics. Only one thing is certain: wherever it may be heading, it must be fought.

Let this be a warning: right-wing populism has arrived in Canada. The discredited political “centre” is no match against it. The victory of Doug Ford in Ontario is proof of this. The moderate, middle-of-the-road politics that the NDP leadership has become so fond of will not be enough to defeat it. The NDP and the labour movement must provide real solutions to workers’ problems, solutions which lay the blame firmly on the shoulders of the billionaires, the crooked politicians, and the capitalist system they represent. If not, then that vacuum will inevitably be filled by the “solutions” of the right-wing populists, who will go on to blame all of the world’s problems on refugees, political correctness, and so on. Bernier is hoping to do exactly that. We must not let him.