Ten years after the death of Fredy Villanueva: The struggle against poverty and oppression continues 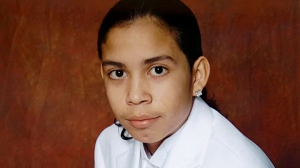 On August 9, 2008, Fredy Villanueva was shot to death by a police officer in the Montreal neighbourhood of Montréal-Nord. The 18-year-old’s murder sparked a riot, which brought to light the poverty, misery, and racism prevalent in the neighbourhood. The police officer who killed Fredy, Jean-Loup Lapointe, has never been held accountable for his actions. Ten years after these events, there is still a heavy police presence in the area, racial profiling has not diminished, and Montréal-Nord remains one of the poorest neighbourhoods in the city. None of the problems which led to the riot have been solved.

The riot in Montréal-Nord did not come from nowhere. The senseless murder of Fredy Villanueva was the straw that broke the camel’s back for the impoverished neighbourhood.

In Montréal-Nord, 30 per cent of families are single-parent families, the highest rate anywhere in Montreal. In addition, children under five years old in the neighbourhood are more likely than anywhere else to live in a low-income family. In an interview with Le Devoir, Bochra Manaï, an Urban Studies researcher and professor, recently stated: “We are meeting people who sometimes have a hard time eating, so imagine how difficult it can be for them to afford daycare.”

Today, Montréal-Nord remains one of the poorest neighbourhoods on the Island of Montreal. In addition to this poverty, police brutality and racism are also widely experienced.

According to a report by Montreal Police, from 2006-2007, 38 per cent of black youth in Montréal-Nord had been arrested, compared to six per cent of white youth.

The Courcy report published in October 2008 affirmed that “Youth in this neighbourhood live under constant tension, every day. In some ways, this tension is repressed. […] They see their situation before the police as a fatality. They will always be harassed by police because of their poverty and the color of their skin and it doesn’t get them anywhere to talk about what they endure from the police since nothing will change. Except that one day the pot explodes.”

Ten years have passed and racial profiling is far from gone. Last November, in a report by Radio-Canada, a young person testified that he can be stopped up to three times a day by the police “because I’m black, I’m fat, I’m wearing a cap, and I’m driving a truck.” In an article in Le Devoir, young people admit to being intimidated by “the omnipresence of the agents.”

Police violence against black people has also not stopped. In one case dating back to 2013, two young people in the neighbourhood with no criminal record were violently detained by the police for no reason. As if that was not enough, they were accused of making threats and of intimidation! They were finally acquitted in 2017, and subsequently denounced the racial profiling that they were victims of.

Another example of police violence is the death of Bony Jean-Pierre on April 4, 2016. In a disproportionately forceful and violent police intervention, Jean-Pierre, a 46-year-old black man, was shot in the head with a plastic bullet. Two days after his death, another demonstration in the neighbourhood turned into a riot.

The youth of the neighbourhood have had more than enough of racism and police brutality. The cocktail of poverty, racism, and police repression that led to the riot of 2008 is still present, which means that other explosions could occur.

One of the demands of the activists and relatives of Fredy was to have a mural or a memorial stone monument paying tribute to him. This modest demand, however, was rejected. Instead, a “Place of Hope” will be created in Henri-Bourassa Park, but without mention of Fredy. For Ricardo Lamour, a member of the Villanueva Family Support Committee, this is an “insult,” a “move that will stifle Fredy’s memory.” Not surprisingly, the Police Brotherhood is fiercely opposed to the idea of any tribute to Fredy.

To justify the refusal to have a memorial in honour of Fredy, the Mayor of Montréal-Nord said that it would create more conflict rather than consensus and that it was a very “polarizing” issue. There is a grain of truth to that. The figure of Fredy is polarizing because our society is more and more polarized: between those who own everything and those who have nothing; between the capitalists on the one hand and the workers, the poor, and the unemployed on the other; between those who violently defend the status quo of oppression and exploitation, and those who are its victims.

Fredy’s image has become a symbol of the fight against racism and police brutality. But how can we really get justice? We live in a system that is incapable of providing jobs, decent housing, accessible education, and so on for everyone. In its place, we have unemployment, austerity, reduced living conditions, and the protection of this status quo by police violence. These horrors are the result of the capitalist system itself. The capitalist state and its representatives are constantly promoting the use of police repression to keep the poor and oppressed in subjection, rather than tackling the roots of the problems.

We can change this status quo of misery and oppression. The fight against racism, police brutality, and poverty must be linked to the fight against capitalism, a system that feeds on oppression in all its forms. This is the best tribute we can give to Fredy.