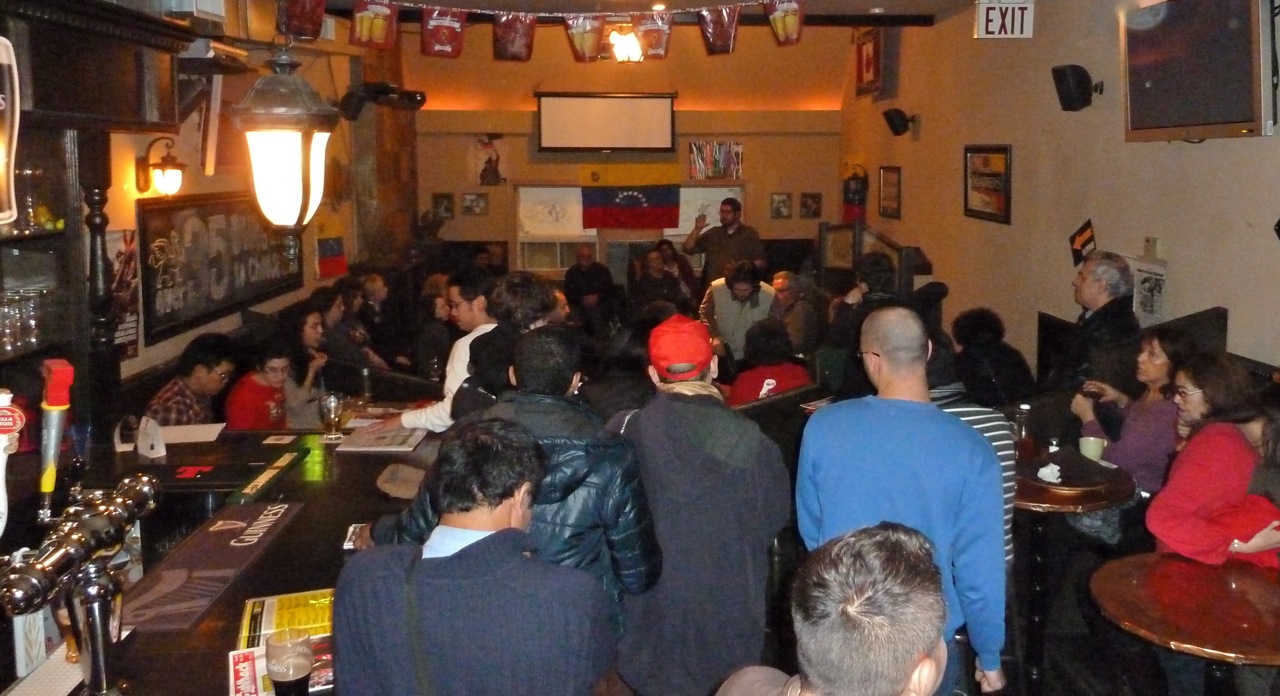 Over 70 people crammed into the Yellow Griffin Pub in Toronto’s west end to celebrate the life of Venezuelan president Hugo Chávez.  The fact that so many people came out on a few hours’ notice demonstrates the effect that Chávez and the Bolivarian revolution have on the lives of people around the world.

The evening, organized very quickly by Hands Off Venezuela and the Toronto Bolivarian Circle “Louis Riel”, was quite sombre when everyone first arrived.  However, the sprits in the room rapidly improved as one after another, folks spoke up to talk about what Chávez and the revolution meant to them.

An important spirit of defiance arose amongst the gathered students, youth, workers, and activists.  Earlier in the day, Canadian Prime Minister Stephen Harper had welcomed the death of Hugo Chavez.  In a disgustingly insulting statement (even by bourgeois diplomatic standards), Harper stated, “Canada looks forward to working with his successor and other leaders in the region to build a hemisphere that is more prosperous, secure, and democratic … At this key juncture, I hope the people of Venezuela can now build for themselves a better, brighter future based on the principles of freedom, democracy, the rule of law, and respect for human rights.” The imperialists are licking their chops at the prospects of intervening in Venezuela, looking for opportunities to once again pillage Venezuela as they had prior to the beginning of the revolution.  Everyone at the pub promised to do everything possible to stop Harper and his ilk from interfering in the revolution.

The common refrain from the evening celebration was that although Chavez, the man, was no longer with us, his ideas — those of the Bolivarian revolution — were still very much alive.  The best tribute to the late president would be the successful completion of the revolution, and spreading it around the world. 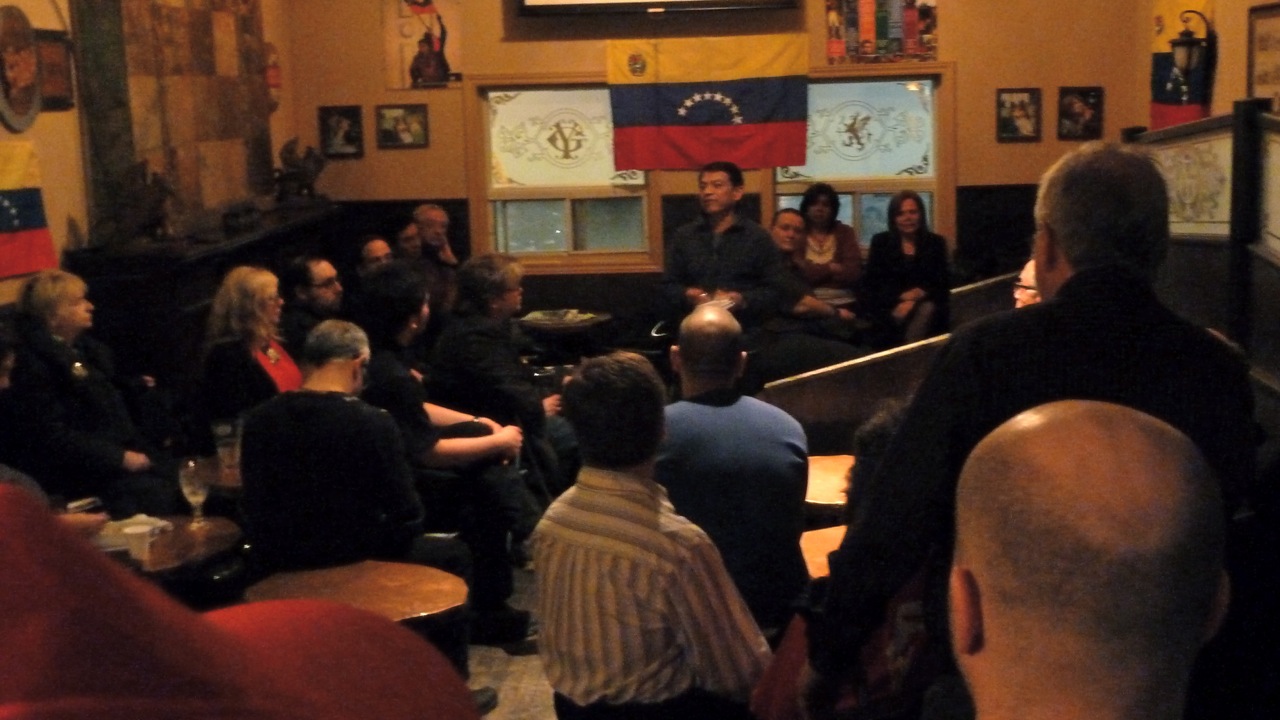 Over the course of the evening, the previously depressed mood of everyone gathered had turned to one of comradely joy and solidarity. The celebratory gathering was finished with a call to defend the gains of the revolution, and to build revolutions elsewhere, including in Canada.  A rousing chant of, “Uh, ah, Chávez no se va,” rocked the small pub.

Hands Off Venezuela supporters also organized a similar celebratory gathering in downtown Montreal where over 20 people came out.  They were joined by another 50, later in the evening, at a candlelight vigil held outside of the Venezuelan consulate.  Similar vigils were also organized in other Canadian cities, including Ottawa and London, Ontario.

Despite the tragedy that has occurred, the spirit of revolution and internationalism continue.  Every last person that gathered last night left promising that the Bolivarian revolution is not alone; the struggle for socialism will triumph!

For more pictures from the celebration in Toronto, check out our Flickr site!

For pictures from the candlelight vigil in Montreal, click here.