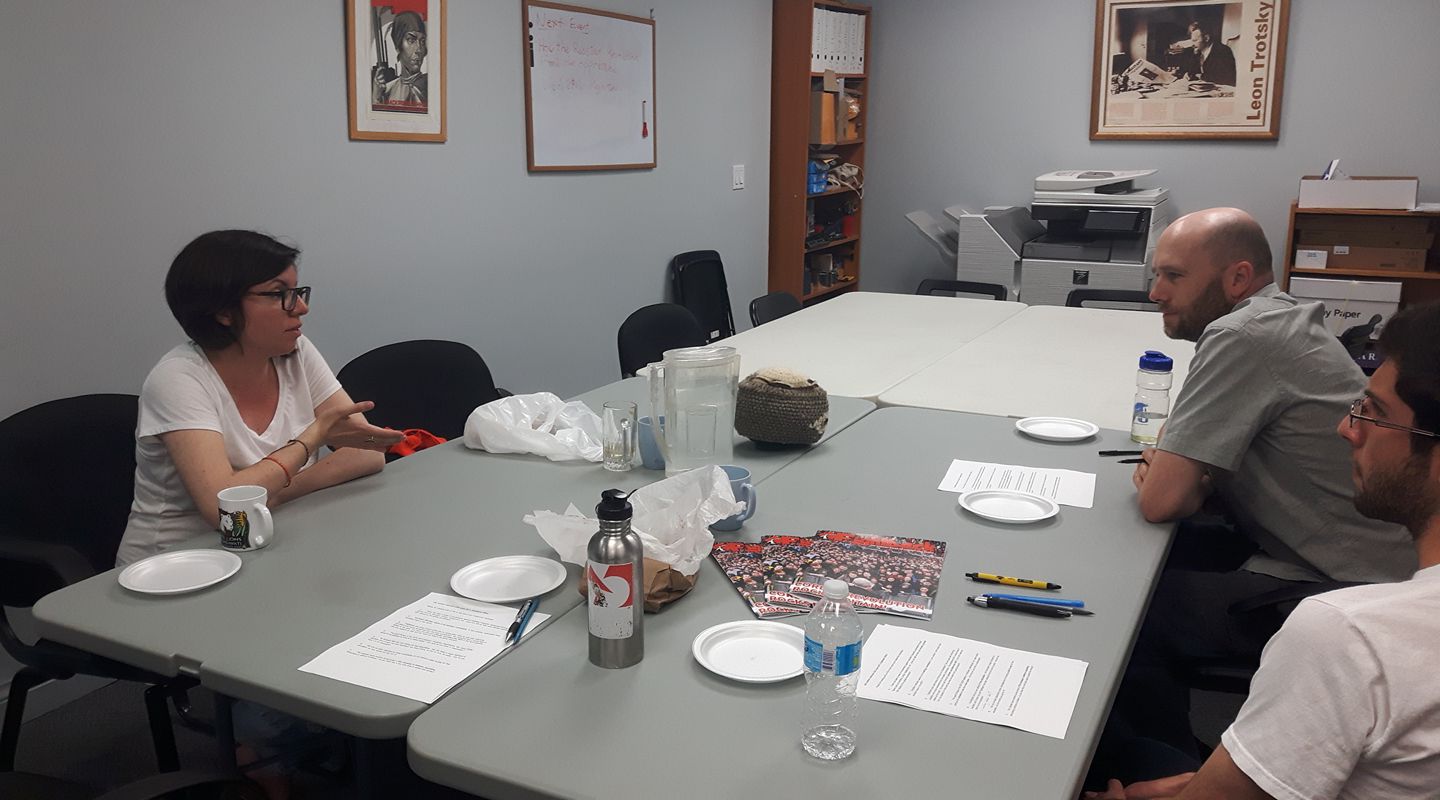 On Friday 23rd June, Fightback’s editorial board sat down to discuss with 2017 NDP leadership candidate Niki Ashton. The transcript of that interview can be found here. Based upon that interview, and Ashton’s statements since the start of the campaign, Fightback has decided to support Ashton’s candidacy and encourage all socialists to do the same. A victory for Ashton would represent a victory for the left in Canada and opens up the possibility of the development of a movement analogous to those sparked by Jeremy Corbyn and Bernie Sanders.

The June 2017 British elections mark an important international turning point. Despite being vilified in the press, and having to contend with a Blairite fifth column organizing internal sabotage, the Corbyn-led Labour party was able to significantly increase its support. The mass movement around Corbyn forced the Tories into a minority hung parliament, and now Labour is first in the polls. Ashton observed that this result shows that it is possible to win while proposing free education, nationalization, and socialism – and we 100% agree with her assessment. Ashton has also identified Bernie Sanders as a point of reference. The question arises whether an equivalent movement can begin in Canada, given its historical and cultural links to Britain and the United States.

Ashton has made a number of statements that are encouraging to those fighting for socialism. She started her campaign calling herself a “proud democratic socialist” and defended nationalization with the slogan, “If they privatize it, we’ll nationalize it.” She has stood with Palestinian solidarity activists and has taken a clear Refugees Welcome and pro-immigrant position, saying that anyone good enough to work in Canada is good enough to stay. She has made free education a central part of her leadership campaign and has proposed redirecting the multi-billion dollar ramp up in Canadian military spending towards this, as well as towards childcare and a pharmacare plan. Ashton wants to reverse 13 years of corporate tax cuts, increase taxes on the top 1%, and end the preferential tax treatment of capital gains. She has echoed Corbyn and Sanders’ statements about the need to fight back against the rich and powerful, and how the system is rigged against everyday people. 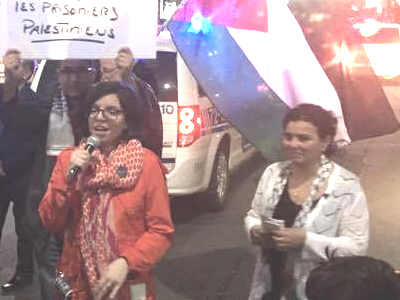 Fightback welcomed Ashton’s opposition to privatization, and support for nationalization, but we have consistently pushed her to put some clear commitments behind this general statement. She started by calling for the nationalization of the port of Churchill, Manitoba. There is a terrible crisis in this area that is within Ashton’s parliamentary constituency and public ownership is the only way to save these jobs and even the whole community. Since then she has also called for the implementation of postal banking, of a publicly owned pharmaceuticals bulk buyer as part of pharmacare, and a nationalized green energy corporation. These reforms would mark a step forward and would represent the most significant advance of public ownership of the economy since the 1970s.

We support this advance of public ownership, but we should be clear that this is not socialism. The majority of the economy would still remain in private hands. Nationalizing green energy is good, but in our opinion the entire energy sector – renewable and non – should be nationalized and put under democratic workers’ control. This way we can stop the attempt by corporate Canada to set energy workers, especially in Alberta, against environmental needs. If there is a transition to cleaner forms of energy, it should be done under the direction of a united energy company that is owned by the people. That way the workers themselves would be able to plan the transition and ensure that nobody loses their jobs due to this technological change. The good thing about Ashton is that she appears open to a push from below to take on such demands – the point is to build movements calling for such radical change.

Establishment figures within the NDP have been promoting candidates such as Jagmeet Singh and Charlie Angus. They have attempted to try to restrict the leadership debate as much as possible to style and personality, rather than policy and principle. However, the pressure from below, from the British example, and from the Ashton campaign, has made this less tenable. All the leadership candidates appear to be putting on their “left” face in contradistinction to the rightward turn of the Mulcair leadership. Singh was forced to come out in opposition to the Kinder-Morgan pipeline in response to left pressure from Ashton and Peter Julian. The establishment has labelled this pressure for clear politics as “divisive”, showing that they are threatened by this leftward movement. The corporate media has also started to take notice calling Ashton “ignorant” and “callous”. In line with the treatment meted out to Jeremy Corbyn, we can expect the media vilification to increase as the campaign continues. Many media and establishment figures got a shock at the Toronto leadership debate where it was clear that Ashton had the loudest support in the room.

It is important to recognize that the candidacy of British Columbia MP Peter Julian is significantly further to the left than expected. Julian is basing his campaign around free education and environmentalism, and he and Ashton have often backed up each other’s arguments. We would recommend a second preference vote for Julian and hope that his committed supporters would offer the same courtesy to Ashton.

The main difference between the NDP leadership race and the Corbyn nomination, or the Sanders primary run, is that to date there has been no mass participation. More than 200,000 people joined the Labour party to vote for Corbyn, and Sanders gained over 5 million votes. Both spoke to mass rallies in the tens of thousands. The corporate media is trying to downplay the NDP race, saying nobody is paying attention. None of the candidates, Ashton included, have been able to organize events with more than about 100 in attendance. It is possible, even probable, that the NDP campaign will not elicit the same mass enthusiasm as seen by Corbyn and Sanders before the September 18th to October 1st voting period ends. However, as seen by the surprise rejection of Thomas Mulcair during the 2016 NDP convention, the existing NDP membership is more than capable of making a left turn. Many rank-and-file members see Corbyn and Sanders as a point of reference and Ashton could very well tap into this desire. Older NDPers who drifted away over the last 20 years of rightward shifts could also bolster a solid left campaign. Given the global context there is a good opportunity for a left victory in the leadership. Then from the platform of the party leadership, and the growing disillusionment in the Trudeau Liberals, An Aston-led NDP could be a pole of attraction heading into the 2019 federal election. 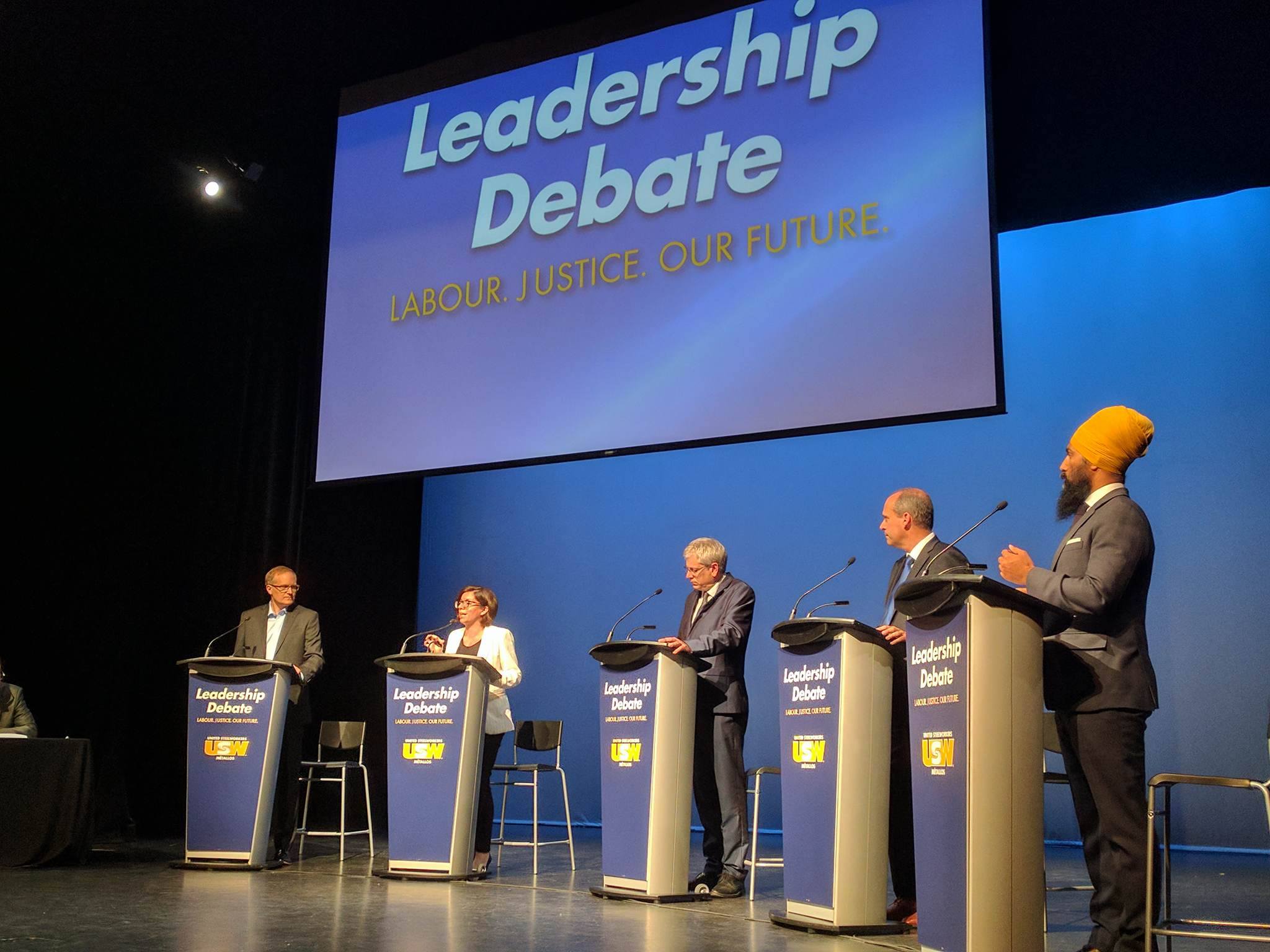 Fightback supports Ashton, but we do not do so uncritically. While she is happy to call herself a socialist, she favours the word “progressive” in most of her public statements. We believe that she would be able to enthuse more to support her, especially radical youth, if she also included the word socialist in her main stump speech. “Progressive” change can mean anything, while socialist change is clear, bold, and hits against the capitalist system that is destroying the lives of more and more people. Ashton is also of Greek heritage so she is well aware of the recent betrayal of Alexis Tsipras of Syriza. Syriza came to power as a radical socialist party that was going to face down the bankers and bureaucrats of the European Union. But when the stark choice was presented of breaking with capitalism and austerity, or capitulating to the European bosses and becoming the agent of their austerity, Tsipras chose the latter. For capitalism in crisis, austerity is not a choice – Tsipras found out this truth for himself. The problem is not “neoliberal” capitalism, as if there is a better kind of capitalism, the problem is capitalism itself. The only alternative to austerity is to nationalize the commanding heights of the economy under democratic workers’ control in order to produce for need and not profit. Nationalization is the only way to oppose capital flight and the deliberate sabotage of the ruling elite against a left government.

While supporting all of Ashton’s proposed reforms, including her nationalization program, we encourage her to go further. The best way to do that is to fight for her victory while continuing to have this discussion with Niki and her supporters. Ashton currently represents the best opportunity for a mass expression of the discontent in society on the model of Corbyn, Sanders, Mélenchon, and Podemos. We encourage every socialist, and everyone looking for radical change, to join the NDP and vote for Ashton. This can be done for as little as $5 via her website. The deadline to join is August 17th. But don’t stop with just a passive vote – join the fight for socialism with Fightback to build a movement that can change Canada and the world! 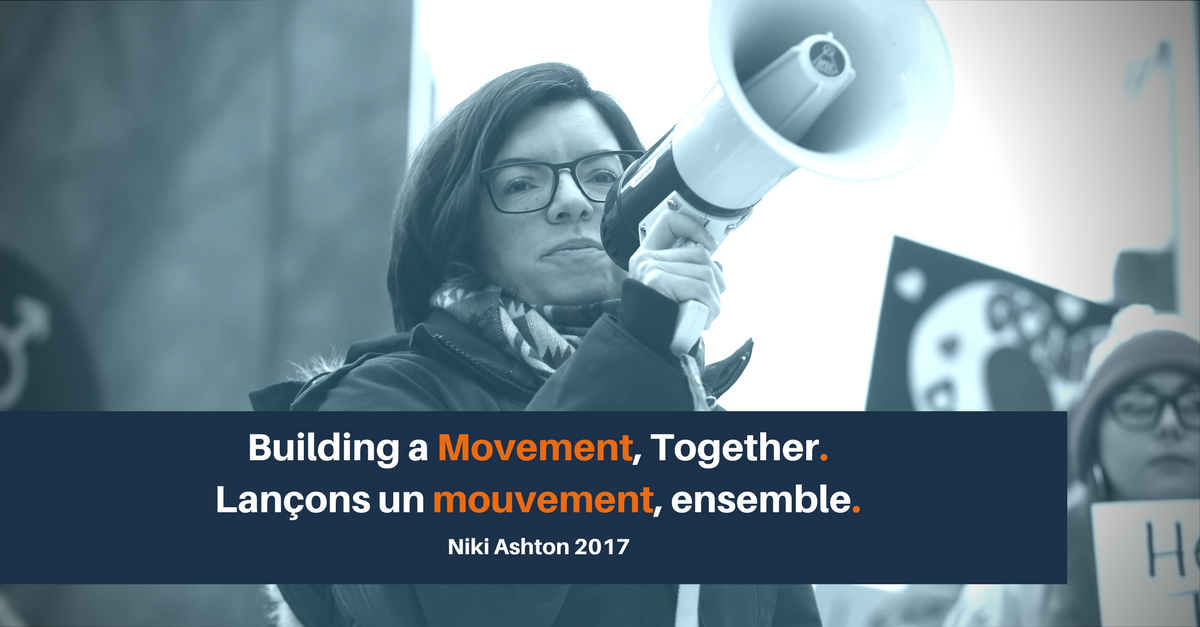