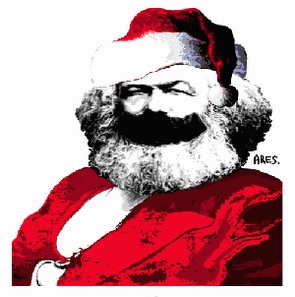 What a year 2011 has been!  The year started with the tremendous uprising of the Arab masses and the overthrow of Ben Ali in Tunisia, and Mubarak in Egypt.  Country after country in Western Europe saw its workers and youth rise up as governments attempted to install the bankers’ austerity.  Greece has now entered into a pre-revolutionary situation.  In both Greece and Italy, George Papandreou and Silvio Berlusconi were forced to resign in disgrace.

Events were no less calm in the Americas.  In Chile, supposedly a “model” for the colonial world, the country was rocked by continual student protests and the two 48-hour general strikes — the largest protests since the fall of Pinochet.  These demonstrations have sparked off similar protests in Brazil and Colombia.  Even in the capitalist “belly of the beast”, the United States, the country first witnessed the occupation of the state Capitol in Wisconsin, followed by the inspiring #Occupy movement that swept the country.  #Occupy also brought thousands of youth and workers out across Canada, many of whom were politically engaged for the first time in their lives.  And, we cannot forget the unprecedented support for the NDP in this spring’s Orange Wave, as well as the outpouring of grief after Jack Layton’s tragic death over the summer.

Throughout all of these events, Fightback supporters have been there — promoting Marxist ideas for workers and youth.  More than ever, Marxist ideas are needed, to ensure the victory of the working class over capitalist austerity.

This year, we ask our readers to join us by becoming a sustaining subscriber. Help us continue to build socialist activism in Canada. We don’t receive any big business backing; we are proud that all of our support comes from fellow workers and youth. Every single contribution puts us that much closer to finishing off capitalism once and for all!

To become a sustaining subscriber, please let us know how much you can contribute per month, and enclose a void cheque.

One-time donations are also very welcome.  Please send a cheque with the amount.

All cheques should be made payable to “Fightback”, and can be mailed to:

Your contribution makes a huge difference — even the smallest amount helps workers and youth organize for victory.  Merry Marxmas!  Join us in the fight back against capitalism!