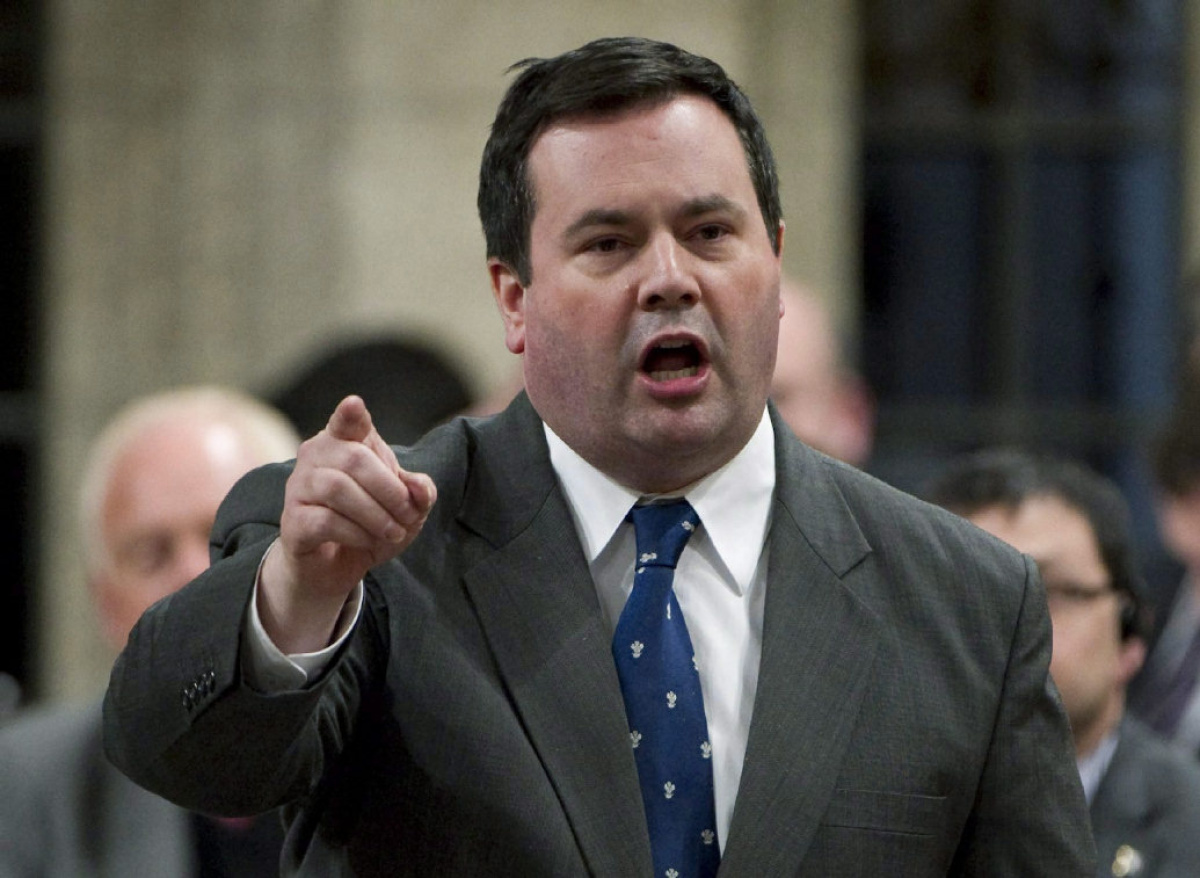 With Paul Brandt’s “Alberta Bound” playing over the convention speakers, the United Conservative Party (UCP) announced their first elected leader last Saturday. Jason Kenney, the former Progressive Conservative leader, won an overwhelming majority of 61.1 per cent of the vote, leaving his main opponent Brian Jean far behind with just 31.5 per cent. This is yet another chapter in what has been a tumultuous 16-month journey to unify Alberta’s conservatives after their crushing defeat at the hands of NDP in the last election. Kenney said to cheers that he would work hard to “ensure that this deceptive, divisive, debt-quadrupling, tax-hiking, job-killing, accidental socialist government is one-and-done.”

The result of this leadership race came as a surprise to many people. “It’s all very confusing and unusual,” said Doug Main, a former Alberta PC cabinet minister and veteran conservative politician. Brian Jean started the leadership race with what seemed like a big head start. His former Wildrose party had 21 seats, as opposed to the 9 seats held by the Kenney’s PC before their unification. His former party raised $416,750 in the second quarter of 2017, compared to the pitiful $78,252 that the anemic PC’s raised. As conservative forces melted in the face of a sudden shift in Alberta’s political terrain, Brian Jean held together a party that had been bled dry by a mass floor-crossing of their MLAs to the then-PC government. Jean led Wildrose back to Opposition status in 2015. Despite this, Brian Jean sat grim-faced while Jason Kenney took the stage as the winner of the UCP leadership race.

Poll after poll had been in favour of Brian Jean, with the latest one just a few weeks ago putting Jean 11 points ahead of his opponent. It is no wonder why some of Brian Jean’s supporters were upset with the outcome, or why Brian Jean himself declined to speak with reporters afterward. However, Jason Kenney has something that Brian Jean doesn’t: the overwhelming support of the conservative political establishment. As a seasoned federal politician, Kenney had the support of 23 of Alberta’s 29 federal Conservative MPs. Even on the provincial level, Kenney had the support of all former PC MLAs and 6 of the 21 former Wildrose MLAs. Meanwhile, as the former leader of the Wildrose party, Brian Jean could only rally 11 of his former Wildrose caucus members to support his leadership race.

The amount of money that Kenney and Jean had raised and spent for their UCP leadership campaign has yet to be released. But if Kenney’s previous expenditure on the PC leadership race earlier this year – which amounted to $1.5 million, 7 times as much as other candidates – was any indication, it would not be a surprise if Kenney outraised and outspent Jean. There are also “Political Action Committees” (PAC) in Alberta, which unlike political parties have no donation limits and no spending cap. The Alberta Advantage Fund, linked to Jason Kenney, is the largest of them all, raising $800,000 so far this year. Amongst the list of donors to this PAC, those who gave $50,000 include: Mike Rose, the CEO of Tourmaline Oil Corp., Canada’s third-largest natural gas producer; Stan Milner, one of Alberta’s most famous oil barons; PCL Constructors Inc., a multinational construction company with headquarters in Edmonton; and many other oil & gas sector companies. It is an old adage, as old as the class society itself, that he who pays the piper calls the tune. In this case, the oil barons are backing Jason Kenney, whom they believe has the political experience and capital to lead the UCP to victory in the next election. Nothing happens in a bourgeois political party without the blessing of the big bourgeoisie, and Kenney clearly has their full blessing to take the reins of the UCP.

Regardless of who won the UCP leadership race, the Alberta working class is now faced with a determined foe who wishes to unload the burden of the capitalist crisis onto their shoulders. All UCP candidates made austerity their main platform, which will mean attacks on the working class. Jason Kenney in his victory speech made it clear that he seeks to be the next Ralph Klein, who in the early 90’s imposed deep cuts, implemented a flat tax to benefit the rich, and privatized public services. Kenney for his part has promised to institute a 20% cut in public spending and balance the budget in three years. That would mean a serious program of austerity and amounts to the same “look in the mirror” austerity program that former premier Jim Prentice tried to force the people of Alberta to swallow. Workers and youth rightfully spat out that bitter medicine, along with the previous Conservative government.

The Alberta ruling class is now filled to the brim with exuberance after having fixed its once fractured political machine. Their sights are dead set on retaking the legislature as the oil barons and right wing can hardly wait for their opportunity to implement the austerity they’ve long demanded and to exact revenge on the province for having dared elect an NDP government.

However, the Alberta working class has yet to have its say. While poll after poll have predicted that the NDP stands lose in the next election, one thing we have learned is that today, during this most turbulent period we are living in, polls can turn out to be very wrong. NDP support has fallen in Calgary and collapsed outside the major cities. The UCP currently dominates the polls, but the NDP remains strong in Edmonton.

Class consciousness has a tendency to surprise people in the way it suddenly changes, and there is no poll that can capture this. Sharp developments in class consciousness can lead to sudden and dramatic changes in electoral politics. We have witnessed this phenomenon all around the world in the recent period, including in Alberta in 2015.

In the last election, faced with Tory promises of deep austerity in the face of economic crisis, many in Alberta shifted left and voted NDP as the only viable option to defeat the coming Tory and corporate onslaught. With its victory, the NDP promised many things, but more than anything represented great change after more than 40 years of Tory rule. But what has in fact changed? The reality is that very little has changed in the lives of workers and youth in the province.

Alberta has been hit hard economically in the past period, and people are seeking a way out of the crisis politically. With no real change under the NDP, people are looking elsewhere to find change and a way out. Many may even be seduced by Kenney and his appeals to nostalgia for the glory days of Tory past, for the “good old days” of the boom in the province.

However, those days are gone, and come election time Jason Kenney’s UCP will have to clearly define their policy and program and explain how they are going to solve the economic crisis. They will have to unveil their austerity program, much like Jim Prentice did. Once the ruling class reveals its program demanding a pound of flesh from the workers and youth in the form of deep austerity, the class struggle in Alberta can sharpen very quickly. The very same people who are now drifting towards or even supporting the UCP, whether out of habit or desperation, could gravitate toward the NDP, especially in the face of the severe austerity Kenney is already promising and when their class interests are clearly at stake. We saw this happen in 2015.

But the decisive question here is one of the leadership of the working class. It is not a question of whether Alberta workers and youth are prepared to fight the UCP or not. The NDP leadership cannot hope to defeat the UCP by relying on presenting itself as a better manager of capitalist crisis. It cannot hope to win by being more pro-business than the party of business.

Conservative columnist Don Braid once observed, “Premier Rachel Notley didn’t just extend an olive branch to oil and gas leaders … she brought the whole tree and shook it, raining down petals of praise and friendship”.

No matter how hard Notley’s government tries to win over the oil barons, the latter will never trust the NDP as it is organically tied to the working class. The oil barons will always feel much more comfortable with their true representatives in control of the legislature.

The only ally that the NDP can hope for is its rank-and-file working class base. The party can do a lot more to inspire and mobilize its ranks. There has been a lot of talk from the NDP about “progressive” government and policy, but what is needed, for a start, is a bold program to lift workers out of poverty such as an immediate increase in the minimum wage to at least 2/3 of the median wage (which is around $18 per hour) and universal child care, etc., along with policies designed to overcome the crisis of capitalism, starting for example with an increase in oil royalties and nationalizations to fund schools, hospitals, and other social programs, etc.

In taking these measures, an NDP government would have to be ready to defend these policies from the organized hostility of the oil barons. If the bosses organize sabotage or a capital strike, then the nationalization of the oil and other companies involved under workers’ control should be the response. If the capitalists can no longer provide basic conditions for the workers, then they have no right to maintain their ownership and control of the economy.

Grassroots mobilization of the Alberta NDP rank-and-file, the trade unions and community organizations of the working class should be initiated immediately. Grassroots meetings and forums should be held to discuss how to defeat the UCP and rallies organized to galvanize and grow the movement. The NDP cannot take a routine approach to the electoral threat posed by the UCP. Rank-and-file members of the Alberta NDP should not just be mobilized during the election for phone arounds and door knocking, as is often the case, but involved in organizing meetings and forums to oppose the right wing. Rank-and-file trade union members should not just be called into action during negotiation periods, but involved in organizing the movement to defeat the UCP. Workers and youth need to be mobilized now, and called on to organize around bold socialist policies and the need to break decisively with capitalism. This is the most effective way for workers and youth in Alberta to resist and defeat Jason Kenney’s UCP.