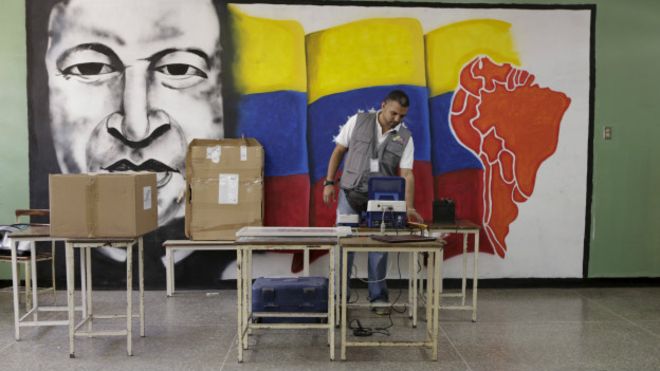 The Canadian government has announced that it will not be allowing Venezuelan expats the right to vote in the upcoming Presidential election in Venezuela. Almost immediately, Venezuela’s Foreign Minister Jorge Arreaza attacked the decision and pleaded with the government to reconsider.

This a clear violation of democratic rights, and an egregious denial of the Venezuelan people’s right to self determination. In Canada, expats have the right to vote in the elections of their home country. Over 5000 Venezuelans currently living in Canada have now been stripped of this long standing right.

The stated reason of the Canadian government is that Venezuela missed a deadline for asking to open polling places. However, the true reason is that they are openly hostile to the elected leaders of Venezuela, and by consequence, the masses of Venezuela who elected them. They fear that political forces that don’t align with Canada’s imperialist interests will be elected once more. The Canadian government regularly accuses Venezuela of being a dictatorship, while at the same time denying voting rights for a democratic election in that same country. What is this other than the rankest form of hypocrisy?

We unequivocally denounce these latest actions of the Canadian government against the people of Venezuela. This is not the first time that Canadian imperialism has meddled in the affairs of another country, and it will surely not be the last. The Venezuelan people have the right to decide their own fate, and we in Canada will do what we can to ensure that right is defended.

The Venezuelan people must decide their own fate!