The Hands Off Venezuela campaign has received this letter, written by Denis Lemelin, the president of the 54,000-strong Canadian Union of Postal Workers (CUPW).  Comrade Lemelin addresses himself to Jim Karygiannis, the Liberal member of Parliament, who has launched a campaign of lies and distortions about the Venezuelan revolution.  We urge readers to continue the letter-writing campaign, and to continue to spread the genuine achievements and state of affairs in Venezuela.

On behalf of 54,000 members of the Canadian Union of Postal Workers I am writing to to condemn your recent defamatory and inaccurate remarks about Hugo Chavez and the Venezuelan government.  Your statement that Hugo Chavez is running a dictatorship is simply untrue.  Venezuela has a vibrant democracy which has actually been tremendously strengthened under the government of Hugo Chavez, with the introduction of the constitution that was written and affirmed through a democratic process.  Venezuelans enjoy the right to democratically recall their president, through referendum, which is a right that we in Canada do not have.  Jimmy Carter, who has monitored elections in dozens of countries around the world, has stated that Venezuela’s electoral system is the “best in the world”.

Since the election of Hugo Chavez illiteracy has been eliminated in Venezuela, poverty has been cut by 50%, and extreme poverty has been cut by 70%.  The Bolivarian government has succeeded in providing healthcare to millions of people and massively expanded public education.  Indeed, ever social indicator in Venezuela has seen steady improvement, explaining why the majority of Venezuelans have voted for Chavez again and again.

Your remarks are unfounded and unhelpful; they should be withdrawn immediately. 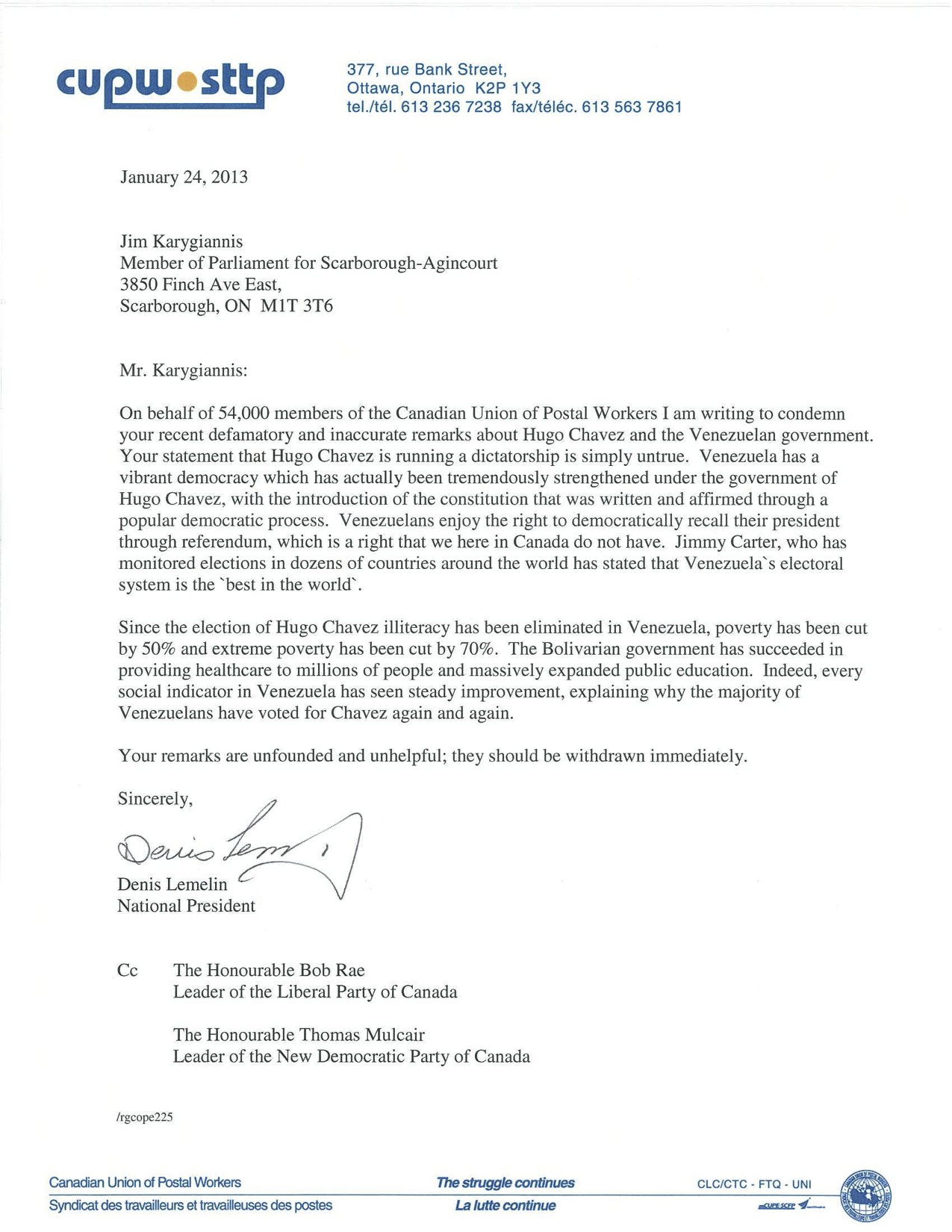