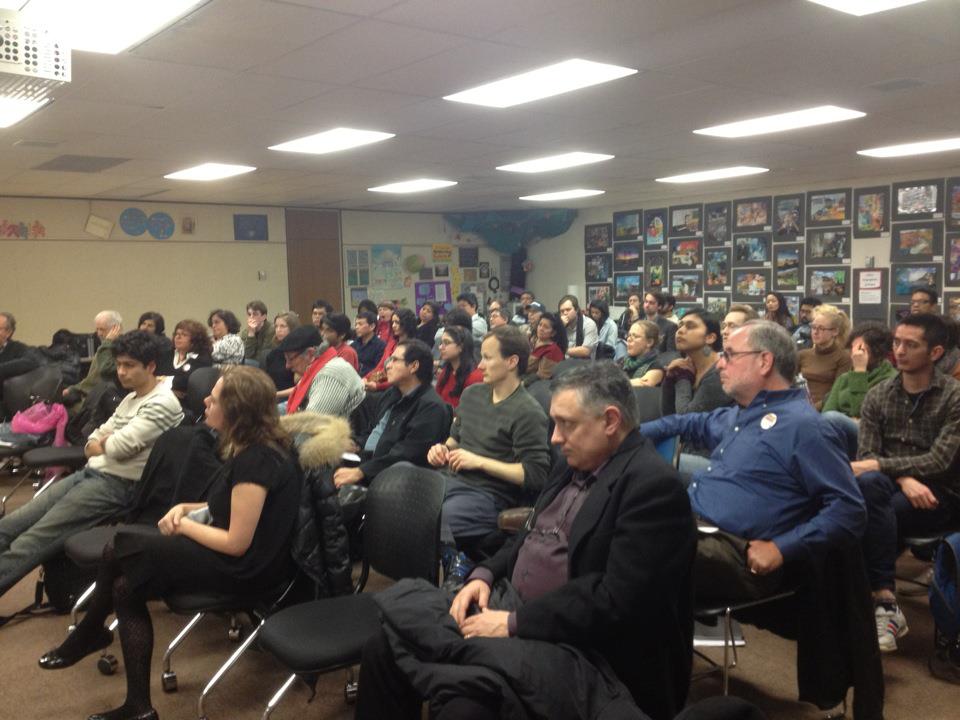 80 people turned out for a discussion on the life and legacy of Hugo Chavez at the University of Toronto on Tuesday evening, eager to hear perspectives about where the Venezuelan revolution goes from here.  The gains of the revolution, and its inspiration for working-class struggle around the world, have been very evident in the week since the Venezuelan president died.

The evening began with the touching reading of a new poem, “Hasta la victoria siempre”, honouring Chavez’s revolutionary life and written by the Toronto-based Peruvian poet, Carlos Angulo Rivas.  Maria Paez Victor, the spokesperson for the Toronto Bolivarian Circle “Louis Riel” and a supporter of Hands Off Venezuela, spoke first about the legacy that was left by Hugo Chavez.  In particular, Maria contrasted the dire conditions that existed in Venezuela prior to Chavez’s election in 1998 with the massive social gains that have been achieved since. 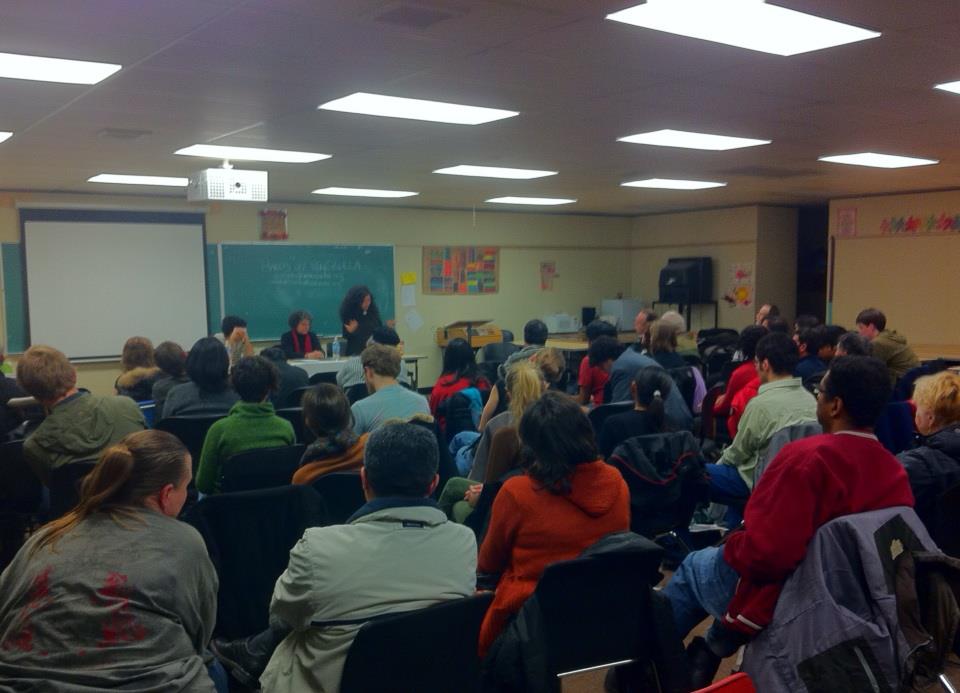 The final speaker was Eva Portillo, a co-ordinator with the Latin America and Caribbean Solidarity Network in Toronto, who spoke about the communal councils and how they have empowered ordinary Venezuelans to start taking control of their own lives.  This led to an enthusiastic discussion by the meeting’s participants about what we can do to bring the lessons from Venezuela to our own struggles at home.  Furthermore, the attendees were also eager to do their part to counter the campaign of lies and misinformation that has been ramped up by the Canadian government and media in the week since Chavez’s death.

In contrast to the vitriol displayed by the media and the ruling class, ordinary Canadians truly admired the ideals and aims espoused by Chavez.  The series of events and commemorations across Canada, and indeed, around the world, have solidified people’s commitment to defending the gains of the Bolivarian revolution and spreading it to all corners of the globe.