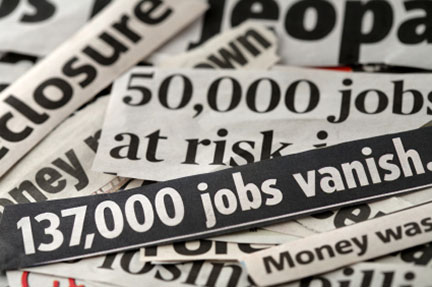 Strict new changes to Canada’s Employment Insurance (EI) program took effect across the country on Jan. 6. The Conservatives’ plans to “reform” EI have been public knowledge since the Harper government tabled its last federal budget in March. Minister of Human Resources and Skills Development Diane Finley claimed the new changes merely clarify what is expected from EI claimants and help better connect job applicants to available work. In reality, they represent the latest attempt by the Canadian bourgeoisie to make workers pay for the ongoing capitalist crisis through austerity and a reduction of the social wage.

Henceforth, EI claimants will be divided into three categories. “Long-tenured workers” have paid 30 per cent of their maximum annual EI premiums for seven of the last ten years, and collected benefits for less than 35 weeks during the past five years. “Frequent claimants” have filed more than three claims and collected more than 60 weeks’ benefits over the previous five years. Anyone else is classified as an “occasional claimant.” The net effect is to divide EI claimants between those who pay into the program but never or rarely collect benefits and those who make more frequent claims.

The revamped EI program will also introduce more stringent definitions of “suitable employment” and what constitutes a “reasonable job search” (in other words, preparing resumes, attending job fairs, and applying for jobs and job banks). Under the new regulations, the government will consider several factors when considering whether an EI claimant is suited for a particular job, including wages, type of work, commuting time, working conditions, hours of work and personal circumstances such as family obligations. As an example of what is considered “suitable,” the regulations define an acceptable commuting time as one hour each way — although, it could also be a figure that “could be higher taking into account previous commuting history and community’s average commuting time.”

Particularly hard-hit by the changes will be the Atlantic provinces, the economies of which are more dependent than the rest of Canada on seasonal employment such as fishing. During the winter months, when there is little work to be found in rural areas, many residents rely on EI payments before returning to their jobs when the season starts. In the wake of Harper’s restructuring of the program, frequent claimants may be required to take available work off-season rather than waiting for their old jobs to start up again — even if the new job pays 30 per cent less and is located an hour’s drive away.

While the government portrays the EI changes as common sense reforms designed to reduce waste while making it easier for people to find work, the reality is more complicated. In truth, EI “reform” represents the latest bourgeois attack on workers as the ruling elite seeks to make the most vulnerable members of society pay for the crisis of their system. Seizing on the pretext of a vast increase in the federal debt caused by corporate tax cuts and bailouts to banks and auto companies, the bosses are clawing back every historical gain of the Canadian working class.

As it aims to restore conditions of profitability, one of the biggest targets of the capitalist class is the social wage, which consists of benefits paid through the bourgeois state that workers managed to wrench from the bosses over years of struggle. This includes pensions, health care, and unemployment benefits. In order to pay off the debt and restore the rate of profit, capitalists are targeting every social program they can find as a source of savings. As always, the human cost of restoring economic equilibrium to the capitalist system is borne not by those who order the cuts, but by ordinary working people.

Youth and female workers, in particular, stand to lose out, as they are the most vulnerable to long-term changes in the job market that have reduced eligibility for EI. In recent decades, demand for ever-greater “flexibility” in the labour market has created a shift towards more temporary and part-time employment. This is reflected in numbers from Statistics Canada, which reported that 78.4 per cent of Canadians who lost their jobs in 2012 were eligible for EI benefits, compared to 83.9 per cent in 2010. In an economy that emphasizes the disposability of the worker, fewer and fewer people are able to reach the threshold of 420 to 700 working hours (generally only attainable at a full-time job) that allows them to qualify for benefits. The same Statistics Canada report noted that among EI contributors, the share working in full-time jobs decreased from 51 per cent in 2011 to 40 per cent. Eligibility rates for women and youth both dropped.

By making it harder to qualify for EI benefits and instituting a sliding scale of benefits that decreases benefits for each week the recipient is out of work — all while making no effort to reduce premiums — the Harper government is tightening the screws on the unemployed and forcing them to accept work in the more precarious short-term, temporary or part-time positions that increasingly dominate the economic landscape in advanced capitalist nations. At the same time, cutting benefits while maintaining premiums will provide the government with an additional source of funds to pay off the federal debt should EI once more generate a surplus.

Such a manoeuvre would come as no surprise from the Conservative government, which funnelled $55-billion from the EI surplus to help pay off the debt in 2008 — a move that then-NDP leader Jack Layton described as “the biggest theft in Canadian history.” But Harper’s theft was only the most recent in a series of attacks that have plagued EI for decades.

Unemployment Insurance was first established as part of Prime Minister R.B. Bennett’s Employment and Social Insurance Act of 1935, and was later expanded by the Liberal government of Pierre Trudeau, which made benefits more generous and easily available. Since 1971, those benefits have been cut and cut again. The federal government, originally obliged to make financial contributions to the program along with employers and employees, gradually reduced its contributions until they were eliminated completely by 1990.

The Progressive Conservatives cut EI in 1990 and 1993, before the Liberals took over the hatchet and cut it further in 1994 and 1996. Amendments made eligibility more difficult by increasing the hours of work needed to qualify. The Liberals’ role in cutting EI cost them dearly in lost votes from the Atlantic provinces during the 1997 election. After Harper was elected in 2006, the Conservatives refused to recognize the existing EI surplus, and in 2008 adopted legislation freezing the surplus indefinitely and putting EI premiums on a pay-as-you-go basis. That same year, the Supreme Court of Canada rejected a court challenge from two Quebec trade unions, the Confederation des syndicats nationaux (the province’s second largest union, representing 300,000 workers) and the Syndicat National des Employes de l’Aluminium, arguing that the government had misappropriated EI funds.

Now the Conservatives have further escalated their attacks on EI. The new changes are only the latest manifestation of the austerity the party has been mandated by the capitalist class with spearheading, and which is being felt in every area of economic life through cuts, layoffs, and downsizing. In simple terms, EI “reform” will force the unemployed to more quickly accept one of the precarious, low-wage jobs that are the new norm in Canada by making it more difficult for them to survive.

A larger point must also be considered. In the last analysis, the welfare state, which includes programs such as Employment Insurance, is only an attempt by the capitalist state to compensate for the failings of capitalism itself. Ever-subject to the irrational whims of the market, the capitalist system relies on what Marx called a “reserve army of labour” (the unemployed) to help keep wages down. The resulting waste of human potential is staggering. However, in most capitalist economies, unemployment has gone way over and above what Marx would consider a “reserve army”. Persistent, chronic, and endemic unemployment undermines the system from within. Where the anarchic free market permits human beings to suffer when their labour is not required, a rationally-planned economy would allow society to fully utilize all of the “human resources” at its disposal.

As part of an omnibus budget bill passed by Harper’s Conservative majority, the EI overhaul will go through as planned unless stopped in its tracks by a popular mass movement. Canadians have seen two such movements recently in the forms of the Quebec student strike — which targeted the tuition hikes of the Charest government — and Idle No More, which is currently engaged in an all-out battle to stop the implementation of Bill C-45. At first glance, the unemployed appear only as a small minority of the general population. But the same could be said for the Quebec students and First Nations activists who nonetheless pushed their concerns onto the national agenda, and through their efforts earned a great deal of support from the wider working class.

The NDP and many union leaders have come out strongly against the changes to EI. But ultimately, cuts to assistance for the unemployed are only a symptom of the larger problem: an economic system of which unemployment is the inevitable by-product. Bourgeois economists that refer to a so-called “normal” level of unemployment reflect the degree to which our present society has acclimatized itself to a certain, seemingly inevitable degree of human suffering. And indeed, so long as the means of production are privately-owned and geared towards profit, a certain subset of the population will be condemned to idleness and deprivation.

Only a planned economy under democratic workers’ control, where the means of production are publicly-owned and oriented towards the fulfilment of social needs, will allow society to eliminate the scourge of unemployment once and for all.