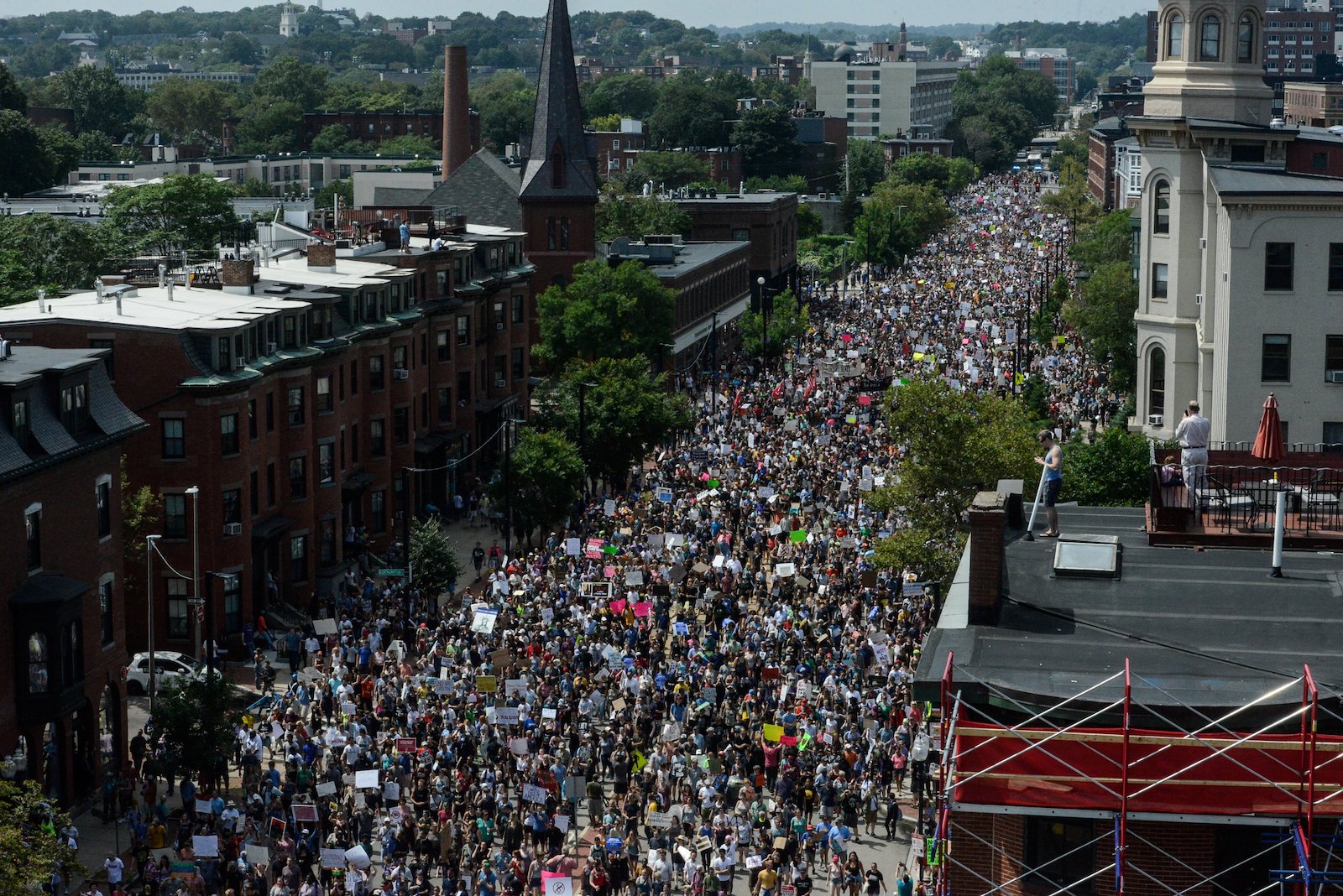 Between the puny numbers of racists and the tens of thousands who showed up to denounce them in Boston on August 19, the balance of forces between fascism and the working class is overwhelmingly in our favor.

This article has been reprinted from the website the US section of the IMT, Socialist Revolution.

Immediately after the events in Charlottesville, “Unite the Right” forces publicized a “Free Speech” rally on the Boston Common for the following weekend. Left-wing opponents of these forces, including DSA and a number of other socialist groups, planned and organized the countermobilization, which included a march from Roxbury and a demonstration in front of the State House overlooking the rally site. In the days leading up to the planned rally, social media registered a huge volume of sympathy for the counter-protest, a clear sign that something new and different was in the air. Sign-making parties, marshall training sessions, and other tasks brought activists together in preparation for the action.

Meanwhile, “Unite the Right,” under the pressure of the international public backlash against racist violence, began fracturing. One after another, component racist and fascist elements began pulling out of the Boston event. In the end, fewer than fifty individuals gathered, cowering in the bandstand on the Common. Thousands gathered directly on the C+ommon to demonstrate their opposition to this vile clique while a two-mile-long procession of tens of thousands more wound its way through the streets to join them.

All told, more than 40,000 people came out in protest and completely shut down the tiny rally of racists, sending them scurrying back to their lairs under the protection of the “thin blue line” of Boston cops, formed in a skirmish line in full riot gear to defend them.

A few months ago the far right held a similar “Free Speech” rally of around 300 on the Boston Common who taunted a similar number of counterprotesters hastily organized by the Boston left. But after Charlottesville, nothing can be the same, especially after the murderous reactionaries met with a thinly veiled wink from the White House. This combination of elements proved to be an explosive mixture. Impromptu solidarity events popped up that very day in dozens of cities and towns, activating many people who had never protested anything before. 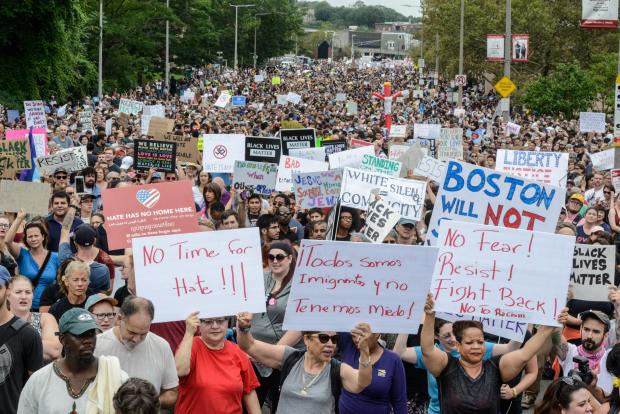 Alarmed by this provocative deepening of the political polarization in US society by President Trump, various elements of the ruling class issued sharp statements of rebuke. Even the Joint Chiefs of Staff, the highest-ranking commanding officers of the US armed forces, held a rare press conference to disavow any official support for racism—an open rebuke to their “commander-in-chief.”

The US ruling class wishes very much to keep a lid on the social explosion that even they can sense is coming. They want to dampen down the divisions that threaten any day to burst into the open with the entry of the masses into active, independent political action against their system of exploitation and rule.

But as Trump at first backtracked and then reaffirmed his support for the so-called alt-right in Charlottesville, popular revulsion simmered into a rolling boil in Boston. The power of the Boston mass mobilization resonated widely and dealt a blow to the confidence of the racists and Nazis. The anti-Muslim, pro-Trump “ACT for America” hastily canceled 67 rallies in 36 states that it had scheduled for September 9. Since their decisive rout on the Boston Common, these tiny groups have whined about losing their “right” to agitate for racist measures against the scapegoats they blame for the decline of US capitalism and the weakening of its imperialist influence around the world.

What was demonstrated in Boston, above all, was the weakness of the racist position in the face of mobilization by the vast majority of workers and youth, whose living standards are declining markedly while obscene accumulations of wealth and displays of decadence occupy positions of power.

In the living struggle between the “right” of the racists to spew their filth, on the one hand, and the right of the working class to massively and forcibly demonstrate its opposition, the racists lost. The right was not shut down by government repression of their rights; in fact, the armed bodies of the state were the only factor saving these cowards from a sound beating at the hands of their intended victims. 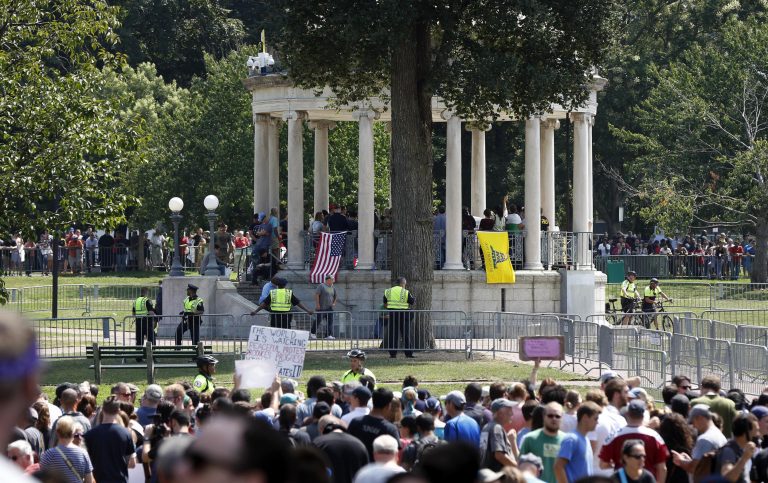 This was a clash of social forces, and ultimately, a battle of conflicting class interests. The US ruling class heaved a sigh of relief in the aftermath of the racist rout. A headline in the Boston Globe read, “Police, crowd lauded for peaceful rally.” After Charlottesville, the last thing they wanted was for the confrontation between the racists and the massive opposition to yield even more provocations that could open the door even wider to mass mobilizations.

While savoring this victwory against the minuscule forces of racism and fascism, socialists in Boston and elsewhere are finding expanded opportunities to recruit new members and to educate those new members in the ideas, history, and methods of Marxism. The Marxists are building the nucleus of the leadership of a future mass socialist labor party that will sooner or later emerge from the decay of the old society. The rulers may breathe a bit easier today, but their day of reckoning at the hands of the working class majority has only been postponed.