Alberta: The end of the oil boom marks the beginning of austerity 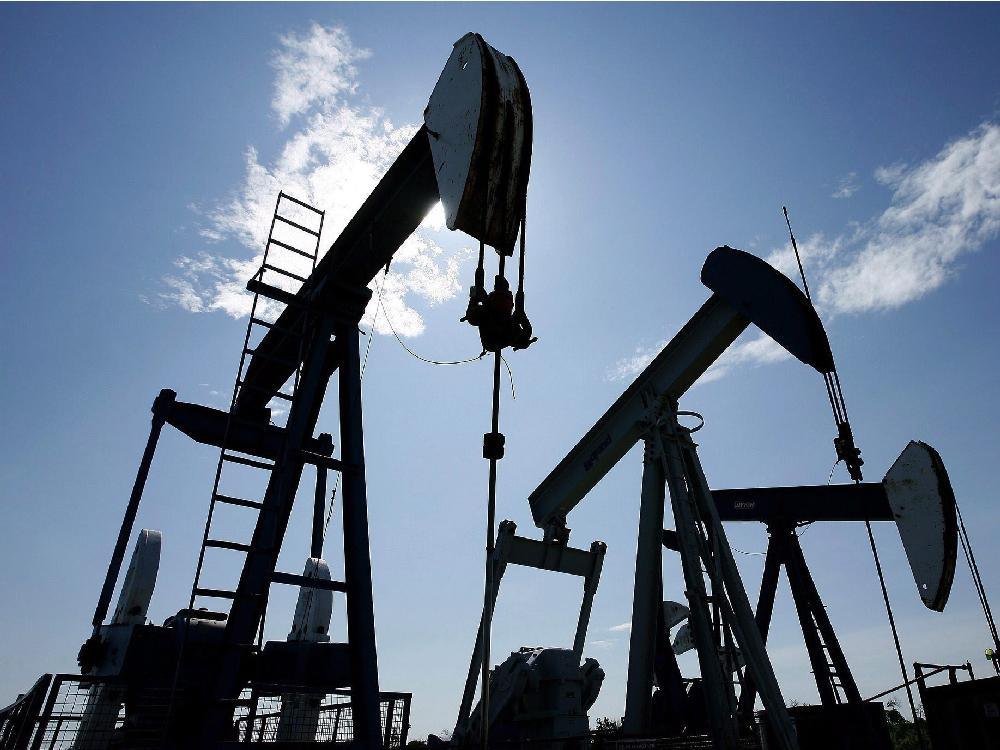 Aside from the immediate months following the 2008 financial crash, the Alberta economy has seemingly found itself immune to the worst effects of the global economic crisis. That is, until now. The recent drop in the price of oil has brought Alberta, and the wider Canadian economy, to a similar state as the USA and the European countries. The working class is being warned by the oil bosses that they need to start preparing to bear the burden of austerity.

Canada has weathered the worldwide capitalist crisis better than many other countries. But, this has been almost exclusively due to the oil and gas boom in the western provinces, particularly in Alberta. Statistics Canada reported that Alberta was responsible for almost all of the new net jobs created in 2013: 82,300 of the 94,700 countrywide, or 87 per cent. In general, 40 per cent of all jobs created could be found in the city of Edmonton. As one worker from Edmonton said in an interview with the CBC back in September 2014, “Every time I was in a position where I needed to find a job, it didn’t take me long to find one … Jobs are open, they’re available… it’s pretty awesome.” Such a mood was in contrast with what most workers are feeling in cities like Toronto or Montreal, which continue to be plagued by high unemployment and stagnant incomes.

However, this “awsomeness” has quickly begun to disappear. Since this CBC interview aired, the price of oil has plunged from $95/barrel to less than $50. In response to crashing oil prices, major oil companies operating in Alberta have announced that they will be laying off workers and indefinitely suspending longer-term oil sands projects. Royal Dutch Shell has said that it is laying off approximately 200 workers; meanwhile, oil sands giant Suncor is axing 1,000 jobs and $1-billion in capital spending while also freezing hirings in other areas. Houston-based Civeo Corp had closed two of its 11 camps in Northern Alberta and laid off 30% of its work force. Canadian Natural Resources also said that it would cut $2.4-billion from its planned spending. The Canadian Association of Petroleum Producers (CAPP) predicts that collectively, oil and gas companies will slash $23-billion in spending and investment throughout Western Canada in 2015 alone.

The general picture is obvious for anyone to see — It is one of slow downs, cuts, and layoffs. In fact, a new report released on Feb. 2 by Mercer, a consulting company, says that nearly half of oil and gas companies will cut back on capital expenditures, a third plan to reduce hiring, and 16 percent may reduce staff.

The spectre of recession is now haunting Alberta. The Conference Board of Canada’s chief economist, Glen Hodgson, already made an ominous warning a couple of weeks ago by saying, “It’s going to be very hard for Alberta to avoid a recession this year.” This is the same economist who, last November, was filled up to the brim with optimism and said to an audience of Calgarian businessmen, “You are frankly the superstar of the national economy … I wouldn’t be worried about at all about Calgary’s economic situation.” Such mood swings are, of course, not a unique attribute of Mr. Hodgson alone; it is a symptom that appears to be afflicting all bourgeois economists and commentators. It reflects, on the one hand, the period of uncertainty that capitalism is now entering and on the other, the historical incompetency of the ruling class, and their paid economists, who do not have any inkling of where their economy is heading.

The end to Alberta’s oil boom should not come as a surprise. The sputtering world economy that has yet to find its ever-elusive recovery means lower economic activity, which in turn means lower demands for energy and commodities. In fact, the prices of commodities like copper have already been steadily decreasing, and earlier in mid January it recorded a sharp 8% fall. Thus the tumbling oil price, and the resulting sudden reversal of fortune in Alberta, is merely the inevitable consequence of the crisis that refuses to go away after seven years.

Furthermore, the slowing down of Alberta’s economy will have a ripple effect on the wider Canadian economy. As already pointed out, the majority of jobs that have been created in Canada are found in Alberta, with each oil job indirectly supporting two or three others. The oil sector also contributes a large share to the Canadian economy as 13% of the GDP is derived directly and indirectly from the oil sector. Therefore, it is not a surprise that tumbling oil prices have forced the Bank of Canada to cut its interest rate last month, to 0.75% from 1%. Stephen Poloz, the BoC governor, calls the oil price shock “unambiguously negative” for the Canadian economy and considers the rate cut as an “insurance” against its potentially destructive effects on the fragile Canadian economy.  However, the rate cut is only a temporary solution, and one that introduces further potential problems to the Canadian economy. Aside from the fact that the rate cut will further depress the declining Canadian dollar, making consumer goods and food imports more expensive and thus hurting working-class people, it may also encourage heavily-indebted Canadian families to borrow even more, further raising historically-high household debt-to-income.

Low oil prices will not just hurt Alberta’s budget but also the federal budget. With current oil prices trading at around $48/barrel, Canada’s Parliamentary Budget Officer has estimated that the federal budget balance will be reduced by $5.3-billion. Such a yawning deficit will mean that workers will see more ferocious austerity measures implemented in the near future in order to balance the budget deficit. While Alberta premier Jim Prentice disagrees with Hodgson’s outright “doom-and-gloom” outlook, he does agree that the boom in the province has come to an end. “It’s the most serious fiscal circumstance we’ve seen in a generation in this province,” said Prentice in January when announcing the $500-million deficit that his government’s budget has suffered as a result of the sharp tumble of the oil prices. Over the next year, the deficit could climb as high as $7-billion. As a result Prentice announced, “Everything is on the table,” when asked how his government will balance the budget and by “everything”, we know that he is not talking about the fat profits of the bosses.

Ken Smith, president of Unifor Local 707A, which represents oil workers, voiced the anxiety that workers are now feeling: “A lot of the members are calling up and becoming concerned – are we going to be in layoffs? It’s been a long time since we’ve seen layoffs at the major plants, like Shell.” The long period of stability in Alberta is about to be disrupted. It is exactly such a sudden change in situations that can rattle the class consciousness of Albertan workers. With the slump in jobs and many workers forced to relocate elsewhere, there is a very real threat that the housing bubble in Alberta, especially in Calgary and Edmonton, may finally burst. In January, home sales across the province were down by 26% over the same period last year; in Calgary, sales were down by 39%. Rocketing house prices have allowed many working-class families to borrow heavily and any significant drop in prices could have a devastating effect on Alberta workers.

Prentice has also placed the province’s public sector workers squarely in the government’s crosshairs as he attempts to balance Alberta’s deficit. Prentice and his cabinet appeared to selflessly offer to take a five per cent pay cut but his real message was clear — the government was doing this to “set a tone of self-sacrifice” in order to balance the budget, and all public sector workers were going to be expected to do the same. Meanwhile, Prentice and the government have ruled out raising the absurdly low oil royalties charged to oil and gas corporations which have allowed these companies to plunder Alberta’s resources with relatively little return for the wider population.

The unions are already condemning this hypocritical gesture by the premier and his cabinet, correctly sensing that the government is setting up an attack on the 70,000 public sector workers in the province. The new budget will be announced in March, which will also unveil the extent of the austerity measures that the ruling class plans to implement. “There will be blood,” says JPMorgan, warning Canadians what to expect from the tumbling oil market.

It should not come as much as a surprise that Prentice and the Tories are now hinting at a snap election, as early as April. The Tories surely surmise that it is best to call an election now than when the government is in the middle of attacking workers’ living standards.

Many on the left have written off the Alberta working class as being too conservative, but the reality of the oil crisis and the coming austerity will hit the province’s workers hard. Many oil workers work as “self-employed” contractors and are therefore not eligible for employment insurance (EI) or other forms of social security. Many of them are not unionized, making their situation even more precarious. The political consequences of austerity measures in Alberta will be fundamentally the same as they have been in all parts of the world: deep polarization, violent swings of public opinion, a series of unstable governments. The fact that the Alberta workers will enter the struggle against austerity somehow belatedly is not necessarily an unfavourable situation for them. Alberta workers have many lessons already to draw from the struggles in other parts of the world. They have witnessed the devastating impacts of austerity on workers in Greece, Spain, Italy, etc. This could be a factor that can accelerate the political tutoring of workers in Alberta, especially the more advanced layers. If Prentice thinks that he could walk away scot free from implementing austerity measures, he could be in for a surprise.

The main lesson from the struggles that have been waged for the past seven years against austerity is clear: to genuinely challenge the cuts, a resolute fight against the capitalist system has to be waged. The ruling class is determined, by the logic of capitalism, to slash the living standards of the workers to pay for the crisis of their own system. With the crash in oil prices, the workers of Alberta will be receive a quick lesson in Capitalism 101. The old stability in the oil patch is over, opening up a new chapter of class struggle in Alberta.