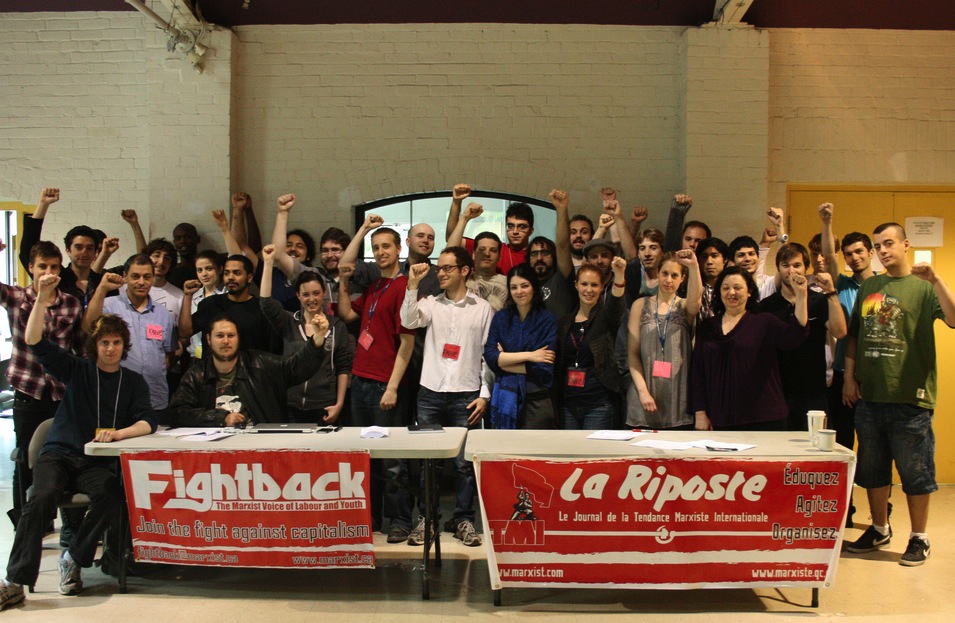 Young people, students, trade unionists, and all those wanting to fight the system, looked with inspiration to the struggle of the Quebec students in 2012. Hundreds of thousands came out on the streets to oppose austerity. In the aftermath of this movement, thousands more are looking for an answer to the global crisis of capitalism. There is a ferment and questioning amongst the youth who are looking for clear ideas. In this context Marxism can make a rapid advance, and indeed has been advancing, especially on university campuses.

In order to promote and consolidate this advance, Fightback — united with our French-language sister paper La Riposte — is launching a campaign to hire a Marxist organizer in Montreal. This will allow the comrades to bring forward revolutionary ideas in a more coordinated manner on campuses, on the streets, and in the workplaces. This will allow La Riposte to progressively increase its quality, regularity, and circulation — helping us aid more workers and youth in struggle, while generalizing the lessons for the movement.

We are making an appeal to our supporters to help us find the funds to hire a Marxist organizer in Montreal. We are asking those who want to build the revolutionary movement in Quebec to pledge $10, $25, $50, or any other amount, on a monthly basis. We believe the conditions are ripe for the movement, but as we have seen many times in history, organization is key. Our supporters should also understand that the success of this campaign is a fantastic example of building the revolutionary unity of the working class in French and English Canada.

On the one side, the federal bourgeois Canadian state seeks to violate the right of the Quebec people to self-determination. On the other, the bourgeois-nationalist Parti Québécois seeks to divide the working class with its racist charter of “Quebec values”. We, on the other hand, have confidence that the workers and youth who support us are willing to make a modest sacrifice to end the division and exploitation inherent in capitalism.

To help us in our goal, please send a void cheque with your desired monthly contribution to: