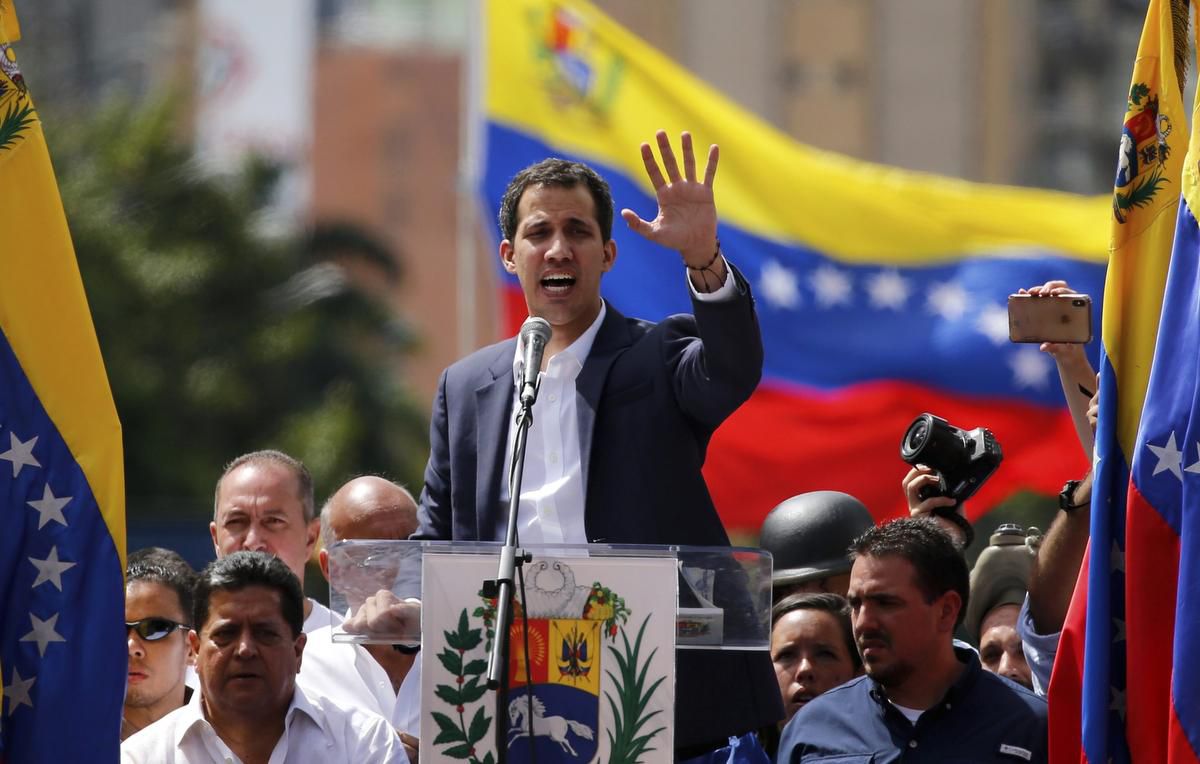 As we have reported previously, a coup d’état is underway in Venezuela, promoted by imperialism and its lackeys of the Lima cartel; and executed by its puppets in the opposition. On 23 January, the coup entered into a higher phase of its execution when deputy Guaido took an oath as “president in charge of the republic”.

The White House’s response did not wait. Almost as though it was timed with the execution of the plan, they have declared on Twitter that “President @realDonaldTrump has officially recognised the President of the Venezuelan National Assembly, Juan Guaido, as the Interim President of Venezuela.”

President @realDonaldTrump has officially recognized the President of the Venezuelan National Assembly, Juan Guaido, as the Interim President of Venezuela.

Similarly, the Secretary General of the Ministry of Colonies of the USA (OAS), Almagro, has come out in favour of the coup plotters, in addition to having recognised the day before the appointment made by the National Assembly of an “ambassador” to this body.

In the face of imperialist interference, President Maduro announced the breakdown of relations with the US government, and gave their diplomatic staff 72 hours to leave the country. To which the puppet “president” Guaidó has responded with a statement in which he calls “all the diplomatic mission heads” to “continue operating in Venezuela”:

In so doing, he calls for an escalation in imperialist interference.

Marco Rubio, known for being a staunch enemy of the Bolivarian Revolution, has also come out to bark his support for the coup, calling for the expulsion of Venezuelan diplomats and to recognise those designated by their puppet president.

Lucha de Clases, the Venezuelan section of the International Marxist Tendency, has clearly indicated that we are against the policies of the Maduro government because class conciliation does nothing more than unload the burden of the crisis on the backs of working people, asphyxiates the revolutionary initiative of the masses, gives away conquests of the revolution and paves the way for the victory of reaction.

At the same time, we make clear our categorical rejection of the coup d’état promoted by the Trump-Bolsonaro-Almagro axis and its lackeys of the Lima cartel. The coming to power of the reactionary opposition supported by imperialism would mean a disaster for the poor people and the workers from an economic, social, political and democratic point of view. We cannot fool ourselves with that. The “transition plan” drafted by the national assembly speaks openly of privatising all the nationalised companies, mass dismissals in the public sector and in general a clearly anti-worker and pro-business policy.

The only way to combat the reactionary coup is on the basis of the revolutionary energy of the working class and the poor peasantry. Militias must be set up in every neighbourhood, community and factory. Factories should be taken over and placed under worker control. Latifundia should be occupied and defended with Popular Defense Brigades, which already exist in different states of the country. 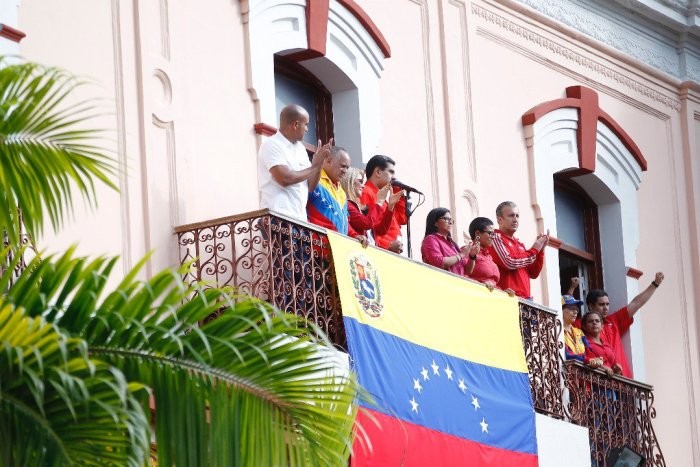 To fight the coup, the bankers and businessmen who finance it should have their economic power taken away. Expropriate all the large companies and multinationals involved in the coup. There must be occupations of all the paralysed and semi-paralysed companies to put them to work under workers’ control on the basis of a democratic plan of production, to satisfy the needs of the majority. Enough of concessions to the capitalists: we demand the expropriation of banking, large companies and large landed estates under workers’ control, and that of the organised peasant communities.

The task of combating the coup goes hand in hand with the resolution of the pressing needs of the working people, which can only be done by putting an end to the policy of pacts, negotiations and concessions to the bourgeoisie organising the coup, and enacting policies that put the interests of the majority of the working people above all else.

This is no time for doubts. Imperialism, which has been attacking the people of Venezuela through economic sanctions and financial blockades, has upped the ante and entered into a decisive phase of its coup plan. For this reason, we call on the peoples of the world, the workers and the youth, to mobilise against the reactionary, imperialist coup d’état, by carrying out acts of protest in the embassies and consulates of the USA and Canada in all countries.