Trump is going for regime change – we say: hands off Venezuela! 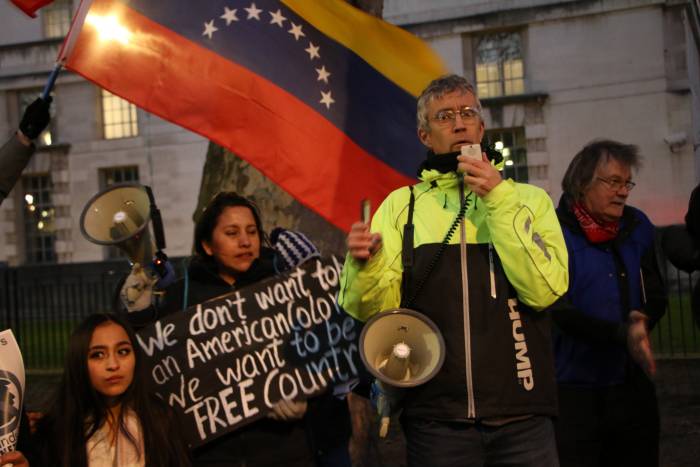 The United States has decided it is time for “regime change” in Venezuela, and is acting in a relentless manner to achieve it. The imperialists have appointed an “interim president” and rallied the “international community” to recognise him. They have seized Venezuelan assets in the US and the UK and imposed economic sanctions. They are calling on president Maduro to step down and on the Venezuelan Army to oust him if he refuses. This is an imperialist coup attempt, which any socialist and even consistent democrat is duty-bound to oppose.

It is not so much that the reactionary Venezuelan opposition has decided to launch another attempt to remove Maduro, but rather a detailed plan worked out in Washington. The president of the opposition-controlled National Assembly, Juan Guaidó, travelled to the US in December, where he was met by high-ranking officials in the US administration and given precise instructions. The White House then corralled all its allies in Latin America and Canada so that they would recognise him as the “legitimate president” as soon as he proclaimed himself as such.

The highest echelons of power in the US are involved in this coup attempt: Mike Pence, Mike Pompeo, John Bolton and of course, pushing forward from behind the scenes, the spokesperson for the Cuban exile mafia, Senator Marco Rubio.

As if this was not enough to send a clear message of what is at stake, the US has appointed Elliott Abrams as the person in charge of coordinating the operations to “restore democracy” in Venezuela. Abrams was convicted for lying to Congress about the Iran-Contra scandal, in which he was heavily implicated. He backed and covered up for murderous regimes and death squads in Guatemala and El Salvador in the 1980s, coordinated funding for the cutthroat, reactionary gangs of the Contras in Nicaragua, organised the invasion of Iraq, and some sources name him as the person who “gave the nod” for the US-backed coup in Venezuela in 2002. 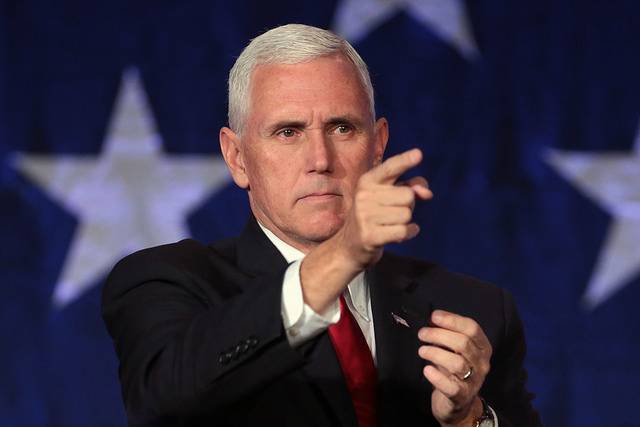 It should be clear to everyone that none of these people have the slightest interest in the so-called “humanitarian crisis” in Venezuela, and they are certainly not motivated by any concern for “democracy” or “human rights”. John Bolton put it bluntly in an interview with Fox News:

What the imperialists want in Venezuela is a government that is compliant, to crush whatever is left of the Bolivarian Revolution, and of course, to get their hands on the world’s largest oil reserves, located at a short distance from the US. This has been their aim for 20 years, since before they carried out the short-lived coup against Chávez in 2002.

They calculate that now, with the impact of the brutal economic recession Venezuela is going through and with right-wing governments in Colombia, Brazil, Argentina and Chile, they have a window of opportunity in which they can succeed.

If they were victorious and installed a US puppet government in Venezuela, it would be a disaster. From an economic and social point of view, Guaidó has already announced his programme: privatisation of all nationalised companies (steel, telecomms, cement, electricity, etc), the return of expropriated land to the former landowners, massive layoffs in the public sector, lucrative oil contracts for foreign multinationals at very favourable terms, etc. 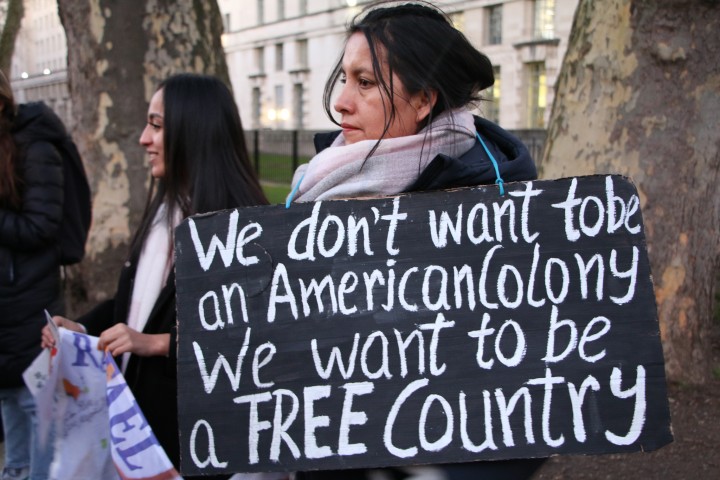 Further to this, we can add, such a government would destroy all of the gains of the Bolivarian Revolution: free education for all up to and including higher education, free healthcare for all, the building of 2.5 million houses for those in need, etc. In order to establish itself, such a regime would have to use brutal methods to crush the resistance of the Bolivarian masses in the countryside and in the poor areas of the main cities who would fight tooth and nail to defend their gains.

Resist the coup: hands off Venezuela!

From a political point of view, the victory of imperialism in Venezuela would have a negative impact on the masses of workers and peasants across the continent.

For all these reasons, we are not indifferent. We fundamentally oppose this attempted military coup hatched up by Trump and Bolsonaro. 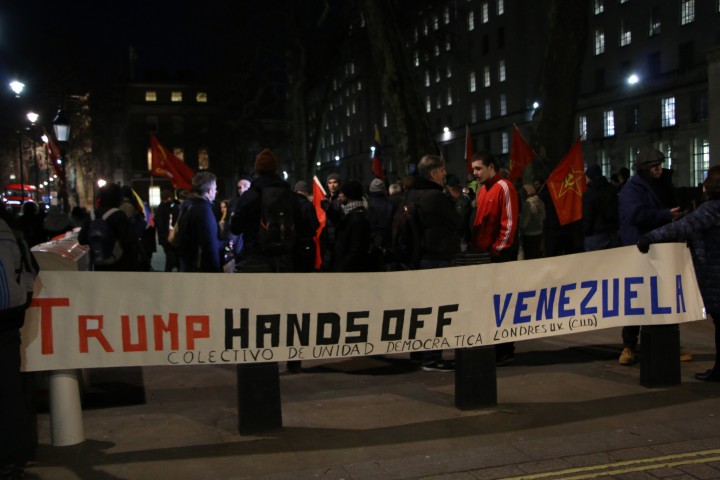 The economic crisis that has ravaged the country for the last four years has severely undermined support for the Maduro government and has demoralised a section of the Bolivarian masses. The crisis was triggered by the steep fall in oil prices and is aggravated by corruption. It is compounded by aggressive US sanctions in the last couple of years. At bottom, however, the crisis is the result of attempting to make half a revolution, introducing elements of regulations and controls on the normal functioning of the capitalist “free market”, while at the same time leaving key levers of the economy in private hands. If Venezuela shows one thing it is not the “failure of socialism” but rather the impossibility of regulating capitalism, and the disaster of policies of state intervention within the limits of capitalism.

So far, the army has remained loyal to the Maduro government. Many of the army generals have a direct interest in sustaining the regime insofar as it guarantees them power and privileges. That could change if they feel that the imperialist offensive is gaining ground. 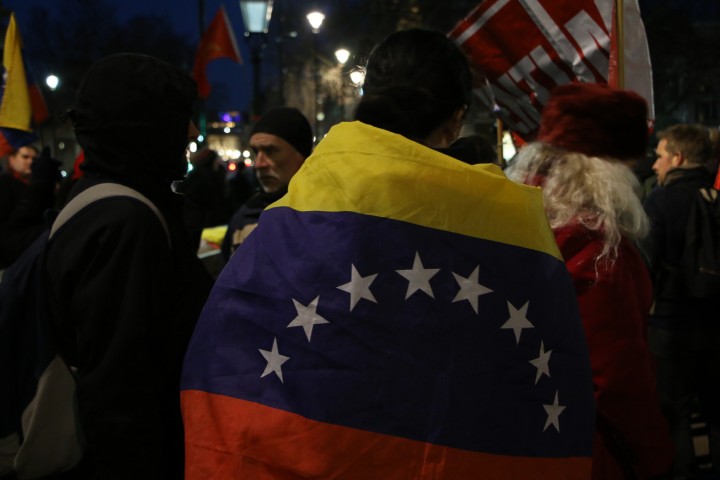 The only way to defeat the coup is to rely on the revolutionary masses of workers and peasants, who have on every occasion risen to the challenge and saved the Bolivarian Revolution. This can only be done by, at the same time, addressing their most pressing needs in terms of wages, food supply, living standards. The coup can only be defeated by bold revolutionary measures.

The imperialists have seized Venezuelan assets in the US, so Venezuela should immediately seize all US multinationals in the country. All capitalists, bankers and landowners involved in the coup should be expropriated under workers’ control. The workers and peasants need to be armed to defend the revolution in the face of a foreign military intervention, which Trump has said is not ruled out. Revolutionary committees should be established within the army by revolutionary soldiers and officers to keep an eye on the coup plotters and waverers who might be bought off by imperialism.

This is the only way forward. The continuation concessions and compromises to the ruling class, which have already led the Bolivarian movement to a cul-de-sac, would be suicidal and pave the road for defeat. At the same time, a powerful, international, anti-imperialist solidarity movement needs to be raised across the world. No coup: hands off Venezuela!