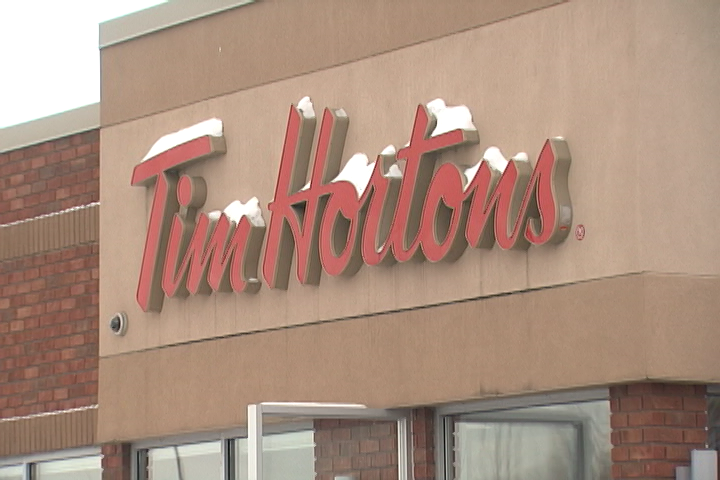 Tim Hortons workers expecting an improvement in living conditions with the rise in the minimum wage are instead facing a cut back to their overall compensation. Staff at the Tim Hortons location in Cobourg, Ontario received a letter from their bosses, who were busy at their vacation home in Florida at the time, informing them that the minimum wage increase had left them “no alternative” but to cut breaks and benefits.

The workers will no longer receive any paid breaks, meaning that for an eight hour shift, they would only be paid for 7 hours and 30 minutes. Media outlets have come to the defense of the owners, Jeri Horton-Joyce and Ron Joyce Jr. reminding us that it is completely legal for employers to not offer paid breaks to non-unionized staff.  The truly petty nature of Joyce is on full display here as they scrape the bottom of the barrel for every last dollar. Staff will also see a cut to their benefits package. Employees who want benefits and have worked at Tim Hortons for 6 months to 5 years will need to cover 75% of the costs out of pocket. Staff that have worked longer than 5 years will have to cover 50%. With the change to the benefits package and the elimination of paid breaks, many workers will be taking home $51 less even after the minimum wage increase. The owners have claimed that the cuts are absolutely necessary for their survival but a look at their finances paints a different picture. Francise owners pocket about $270,000/year, excluding bonuses. It is certain that Jeri Horton-Joyce and Ron Joyce Jr. make far more than this given their parents are the billionaires who founded Tim Hortons. Ron Joyce senior currently has a net worth $1.57 billion and is listed in the top richest Canadians. In their attempts to squeeze out every last dollar from their employees, the Tim Hortons owners have revealed the contempt they have towards their workers. This has rightfully caused public outrage.

Tim Hortons is not the only business to introduce changes to undercut the minimum wage; in fact, it is acting in accordance with the vast majority of employers. For example, Loblaws has laid off 500 workers and closed 22 stores. Sobeys has followed suit and announced 800 workers to be laid off this year. Aside from attacking their own employees, many businesses have raised the prices of goods and services for customers to counter the minimum wage. Ultimately, all these tactics result in the extra cost of the minimum wage increase being offloaded onto the working class.

Ontario premier Kathleen Wynne made a statement on the cutback at Tim Hortons calling the owners bullies and telling them they should pick on her rather than their workers. She followed up this statement with by saying that, “she hopes Joyce will choose to reverse his approach.” She has the ability to enforce paid breaks, benefits, etc. and yet, all she is offering is a gesture. But this comes as no surprise given that the Liberals have been imposing their own attacks on the working class. Wynne was quick to offer much more than just a gesture to the college employers when she made the recent college strike illegal and forced the faculty back to work. What is completely unacceptable is the near silence from the NDP. Rather than taking a bold stance against the capitalist system that cannot even provide a living wage, Andrea Horwath and the Ontario NDP have instead stated that they are “hopeful employers will follow the law” and have made no clear statement against the attacks on Tim Hortons workers. By not presenting themselves as an alternative to the status quo, they are leaving the workers in the hands of the Liberals and Conservatives who are sure to betray them.

Businesses have blamed the workers for daring to fight for better living conditions and ‘causing’ the cutbacks. The Bank of Canada added to the hysteria by warning of 60,000 job cuts in the wake of the minimum wage increase. However, while implying a shortage of wealth, they conveniently fail to mention that two Canadians own as much wealth as 11 million people or that $130 million was hoarded away by Canadian capitalists through tax evasion. Living conditions have been worsening for a long time prior to this wage increase.  Food, housing and other basic necessities are becoming more and more unaffordable. The majority of the jobs created are part-time, contract and precarious. Today’s youth are the first generation to be poorer than their parents. Under such conditions, the fight for higher wages needs to be a priority. However, even an meager wage increase such as the one implemented in Ontario is unacceptable to the bosses. The capitalist class has lashed out against any threat to their profits and we’re seeing that simply legislating a wage increase has not prevented them from undercutting the workers elsewhere. If the capitalist system can not provide decent conditions of life, then it’s up to us to build a society that can meet our needs.

One of the main reasons Joyce has been able to undercut his employees so easily is because they are not unionized. Non-union workers are much more atomized and it can be difficult to tap into their collective strength to fight for better working conditions. Many workers are coming to these conclusions themselves; in fact, Tim Hortons workers in Winnipeg have voted to unionize. This is a significant step forward, but they need the support of organized labour in their struggle. Unions need to rally their forces and organize solidarity action with the Tim Hortons workers to defend the minimum wage increase but also to carry the struggle forward against the system that has prevented the majority of people from having a living wage. The unions must begin a mass unionization campaign immediately.

The workers at Tim Hortons, Loblaws, Sobeys and hundreds of other businesses create all the wealth that their CEOs parasitically live off. Their attacks against workers are not about trying to survive or a shortage of wealth, it’s about maintaining bloated salaries and bonuses for the bosses. A Canadian CEO makes $50000 on average by lunch time, more than what most workers will make in year! Clearly, there is plenty of wealth created in society. If all this wealth was in the hands of the working class, we could immediately raise the minimum wage not just to $15 but to a living wage, about 2/3rds the average wage or approximately $20/hour. At the same time, we can see that a wage increase cannot be isolated from affordable housing, food, childcare, benefits, etc. to truly improve our living conditions. Currently, these goods and services are privately owned and motivated by securing more profit. This profit motive is fundamentally what we must fight against and replace with the motive to fulfil our social needs. The fact that capitalists are incapable of providing decent wages and conditions to the workers is the most glaring indictment of their system. Any gains made in one area (like improved minimum wage) are immediately clawed back by loss of benefits, breaks, or increased costs. The petty actions of Tim Hortons bosses are symptomatic of the fact that there will be no progress for workers while these private owners hold economic power. For workers to enjoy genuine improvements, capitalism must go.