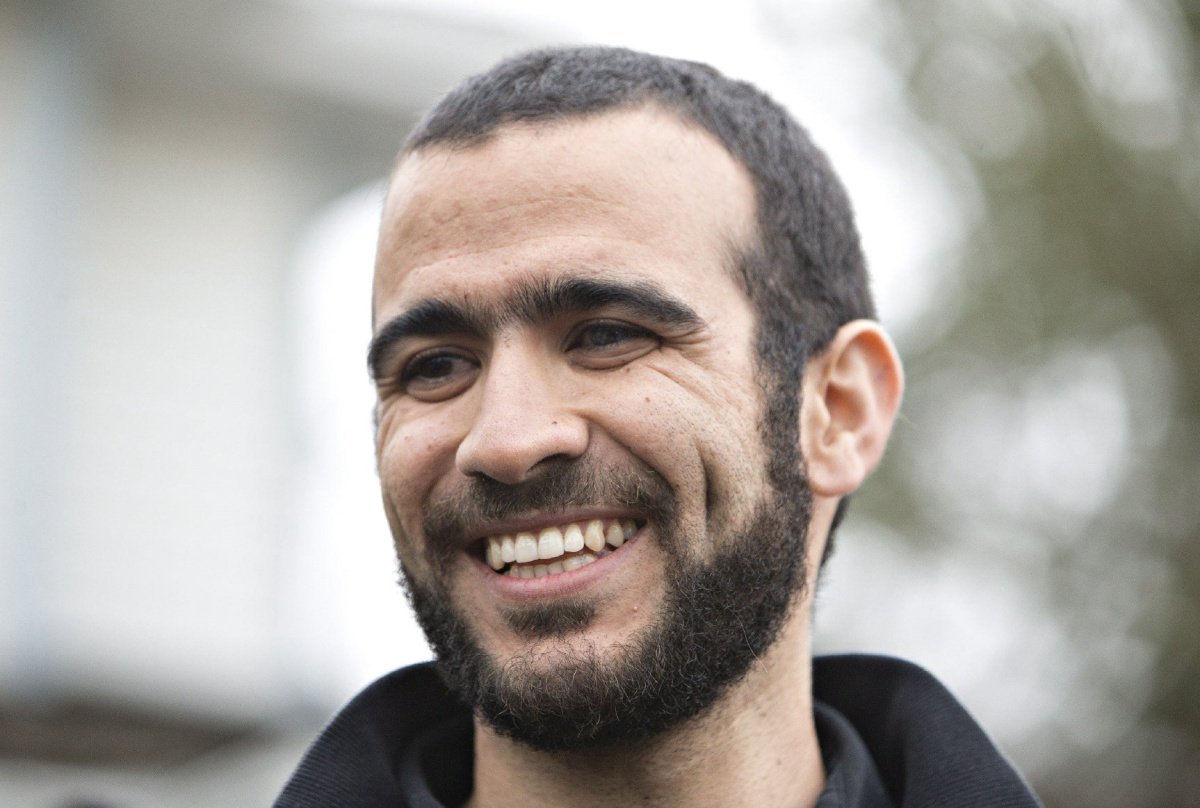 There has been a proverbial media storm surrounding the recent settlement of the lawsuit launched by Omar Khadr. Khadr was a Canadian citizen who was captured by American forces during the invasion of Afghanistan. He was a minor at the time and was held as a prisoner at the Guantanamo Bay detention camp for ten years prior to being released and allowed to return to Canada. He then sued the Canadian government for breaching his charter rights by engaging in his interrogation, in collaboration with American officials, at the detention camp.

Khadr was fifteen years old at the time of the firefight in which he was captured, however he was condemned as a terrorist and held with adult inmates in Guantanamo. Khadr had been taken to Afghanistan by his father, who was affiliated with Al-Qaida. He was accused of participating in the firefight by throwing grenades. One of grenades thrown in the fighting killed an American soldier and wounded a medic. Khadr later admitted to the act, but claimed that he did not know whether it was him that killed and wounded the soldiers.

The Canadian government has settled out of court for $10.5 million. The federal Liberal government has publicly defended this settlement arguing that a drawn out battle in court would have resulted in taxpayers having to pay even more. The government has also formally apologized for the breach of Khadr’s charter rights. This has caused a huge backlash from the Conservatives and right-wing media. A campaign has been initiated attacking Khadr as a terrorist and opposing the government settlement.

A recent poll by Angus Reid revealed that 71 per cent of Canadians are opposed to the settlement, believing the government should have fought it in the courts instead of settling. Many are particularly upset about the high price tag of the settlement.

In light of the settlement surrounding Khadr, the right-wing pundits and the Conservatives have come out in a storm of scathing remarks. Alberta PC Party leader Jason Kenney remarked that “Omar was a confessed terrorist who should be in prison.” The Conservatives even launched a website, detailing Khadr’s supposed crimes and asking supporters to sign if they agree. The crux of their criticism surrounds the payout to Khadr and how taxpayers are paying for it. Newly elected federal Conservative leader Andrew Scheer has openly stated it is “disgusting” and called it a secret deal done behind the backs of Canadians. Scheer stated, “This payout is a slap in the face to men and women in uniform who face incredible danger every day to keep us safe.”

The sentiment against the whopping $10-million dollar payout is understandable among working class people struggling to make ends meet. However, coming from the Conservatives, the criticism stinks of hypocrisy. The Tories have had no problems with misusing taxpayer dollars, especially on war and assisting their corporate friends.

During the Harper era tens of billions of tax dollars were lost as the Conservatives slashed corporate tax rates, which were lowered from 22 per cent to 15 per cent during 2007 to 2013. The federal Conservatives under Harper also gave billions in subsidies (aka handouts) to big corporations, from the aerospace to the auto sector.

It therefore seems that the federal Conservatives’ problem with the settlement has less to do with the principle that government should not waste taxpayer dollars on a multi-million dollar settlement. Rather, their principle is that taxpayer dollars should only be wasted on their multi-billionaire friends at the stock exchanges in Toronto, Calgary or Montreal. If Khadr had been a billionaire receiving government subsidies and tax breaks, it is hard to imagine a right-wing campaign being whipped up to protect the “pocketbooks of taxpayers”.

Then there is the Conservatives’ lavish spending on war. During Harper’s tenure as prime minister, the defence budget was increased to 1.2 per cent of GDP. Harper twice extended the mission in Afghanistan, which kept forces fighting for the first six years of his time in office. Increased spending on a mission is recognized as a failure, with the continued and growing Taliban insurgency in Afghanistan being clear proof of this fact. This, of course, didn’t stop rich arms manufacturers from making hundreds of millions in profits through government contracts or “settlements”.

Considering the record the Conservative Party in misusing taxpayer money, their criticisms of Khadr’s settlement rings completely hollow. The only purpose of this campaign against the settlement is to score points against the Liberals by playing on anti-Muslim prejudices, whipping up fears of terrorism and reinforcing the aims and goals of the disastrous War on Terror. It should never be forgotten that far from ending the threat of terrorism, the destruction due to western intervention in Afghanistan, Iraq, Libya and Syria have massively strengthened extremist Islamic organizations.

The accusation that Omar Khadr was a terrorist is particularly disgusting coming from the Conservatives. This is coming from the same Conservative Party that reached a $15 billion dollar arms deal with the Saudi royal family, who are the main financiers of reactionary Islamic organizations in the Middle East. The Saudi dictatorship regularly uses the methods of terror inside and outside the country, as with its recent repression of protests and with its ongoing invasion of Yemen. Khadr was only a vulnerable minor when he was manipulated and dragged into Afghanistan by his father to fight alongside Islamic militants. The federal Conservatives and their partners in House of Saud actively support, strengthen or promote terrorism in the Middle-East – and unlike Khadr, they are not children.

Liberal empty gestures and the ongoing war on terror

As this case was settled, the Liberal government has pointed out that Khadr was owed an apology and the settlement. They have claimed this as a victory for civil rights, with Prime Minister Justin Trudeau stating “The Charter of Rights and Freedoms protects all Canadians, every one of us, even when it is uncomfortable….This is not about the detail of the merits of the Khadr case. When the government violates any Canadians’ charter rights we all end up paying for it.”

One has to wonder what happened to Trudeau’s concern for civil rights when he voted for Harper’s Bill C-51. The draconian Bill C-51 emphasizes defending Canada from ‘terrorism’ over the rights of individual Canadians and includes significant breaches of civil liberties that the Liberals have defended.

The Liberals in fact voted in favour of this bill when Harper was prime minister and although Trudeau promised during his election campaign to amend the bill (but not revoke it), even this has still not happened. In a brazen display of hypocrisy, the Liberals have expanded the powers of the bill to increase Canada’s internal spying network, allowing the CSE (the Communication Security Establishment) to conduct cyber operations against suspected terrorists. This unaccountable body can decide for itself who fits the description of a ‘terrorist’ and invade their privacy at will. Clearly, if the Liberal government cared so much about civil liberties, they would stop eroding them. It is exactly these breaches of civil liberties, justified on the basis of national security, that allowed Khadr’s rights to be infringed in the first place.

The Liberals have been presenting themselves as defenders of diversity against the prejudice, xenophobia and bigotry of the Conservatives. The recent federal motion M-103 passed by the Liberals which condemned Islamophobia was another gesture which served to reinforce this image of Trudeau as a defender of the rights of immigrants and minorities. As Fightback explained, this was an empty gesture aimed at shoring up electoral support for the Liberals while having no concrete positive impact for immigrants.

It must be remembered that it was the Liberal Party that initiated the War on Terror and the invasion of Afghanistan when they were in government in 2001. Far from the image they present of being against Islamophobia and racism, it was the Liberals who pushed the War on Terror, which served to demonize people from the Middle-East, deem them a national security threat and justify surveillance and other infringements of civil liberties.

The imperialist policy of the Liberals cannot be viewed in the past-tense. It was only a couple months ago that Trudeau declared that the Canadian sniper who made a record kill shot in Iraq “should be celebrated”. This occurred in a country where Canada is supposed to have no combat role. The Liberals also recently passed a bill to increase military spending by more than thirty billion dollars over the next two decades. This is an increase of over 70 per cent! This money would go to the buying new fighter jets and other weapons of war. Such spending on the military could instead be used by the government to expand health care, grant students universal education, or expand government housing programs and daycare to help everyday working families.

In a continuation of Conservative policy, the Liberals have signed off on the 15 billion dollar arms deal to Saudi Arabia. The country will use the weapons, particularly the armoured vehicles, to repress opposition protesters. This will strengthen the Saudi regime, allowing it to promote its reactionary ideology all over the Middle East– to the detriment of the Middle Eastern masses. Behind the Liberal mask of “tolerance” and “diversity” is the real face of the interests of the Canadian ruling class: imperialist war, militarism, racism and surveillance. The Trudeau government’s settlement with Omar Khadr does not represent a commitment or step forward towards justice for victims of the war on terror, the defense of civil liberties or ending Islamophobia.

Cynicism and Hypocrisy On Both Sides

The appeal to “justice” by the two wings of the capitalist class is nothing but cynical maneuvering intended for the purpose of shoring up electoral support. On the one hand the Conservatives play into backward prejudices and bigotry, and the Liberals on the other play on fears of racism faced by workers from ethnic minority backgrounds.

Real justice can only be attained when imperialism, racism and poverty are eliminated, which can only occur once the ruling capitalist class that benefits from and promotes them is overthrown. Until then, the number of victims of imperialism will continue to rise. That is, and will remain, the true story behind the Omar Khadr case.