Margaret Thatcher is dead, the struggle against capitalism continues 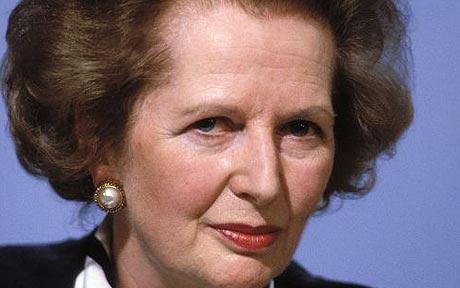 Margaret Thatcher, the former British Conservative prime minister and one of the most hated figures in the history of the labour movement, died today at the age of 87. Thatcher, more than anyone, personified the brutal attacks on the working class during the 1980s — attacks that the Tory-led Coalition in Britain are continuing today. We publish here a short piece on Thatcher’s death, with more in depth analysis of her legacy to follow soon.

Thatcher is dead. No doubt in the next few days, Westminster politicians and the Tory press will be spouting on and on about what a great person she was, how she “saved Britain”, “The Iron Lady”, etc. We say good riddance. This person personified the Tory counter-reaction of the 1980s, the privatizations, the attacks on union rights, the closure of the mines, the de-industrialization of many parts of the country, cuts in public services, selling off of council houses, shutting hospitals, mass youth unemployment, and so on. In many ways she set the tone for the attacks being launched by this current government.

Although she lacked the upper class roots of previous Tory leaders — she gained the leadership of the Conservative Party by plotting to remove Edward Heath — she was very much a creature of finance capital, a strand that has come to dominate Conservatism. Together with Ronald Reagan, she became the symbol of the worldwide capitalist counter-revolution against the gains of the post-war period. Although she won three elections (1979, 1983, and 1987), she came undone over the Poll Tax. Such was the mood against this hated tax that the Tories lost their nerve (fearing electoral defeat at the next election) and booted her out of office after a Westminster plot. John Major took over and narrowly won the 1992 election after another botched campaign by the labour leadership. However, they could not defer their fate for long and in 1997 went down to a landslide defeat.

We do not mourn her passing. The actions of her government and the system she defended destroyed the lives of millions of working class people. The task then (as now) was to resist. The magnificent fight of the miners, of Liverpool Council and of the Anti-Poll Tax campaign showed that she could be stood up to. We should not forget this in fighting her vicious legacy today. Thatcher may be gone but her rotten system remains; we must finish that off as quickly as possible.

For more on the legacy of Thatcher, see:

Thatcher (Part one): Thirty years on (by Terry McPartlan)