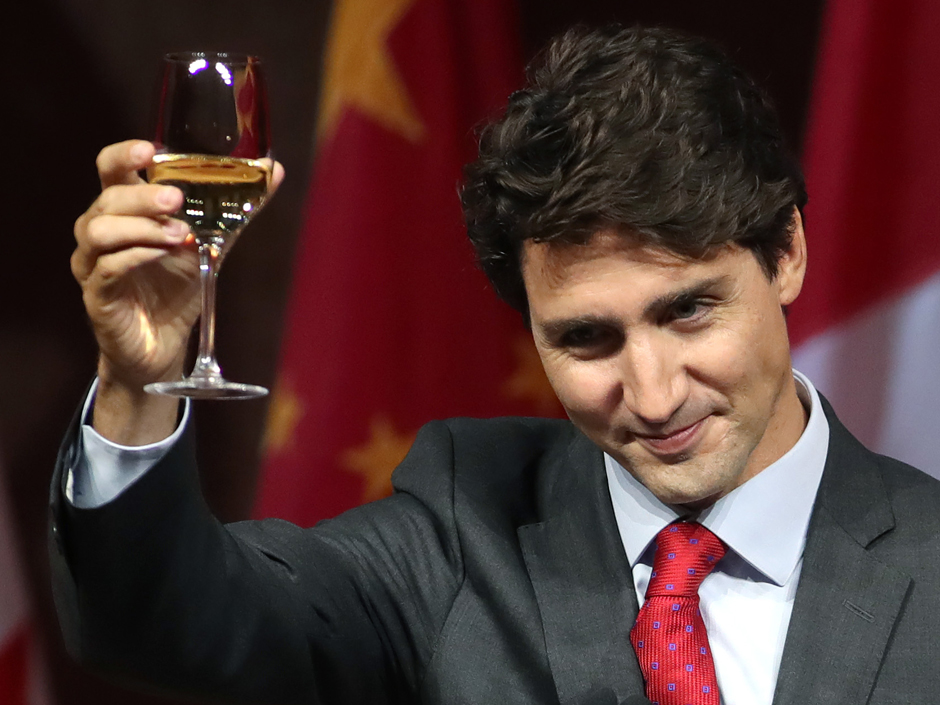 Canadian big business has a friend in Justin Trudeau. At the end of June, it was revealed by CBC news via an Access to Information request that the Liberal government wrote off a loan to Canada’s auto industry in March. The exact amount of the loan and its recipients are unknown due to the heavy censorship of those documents which CBC obtained. However, it is highly suspected that GM and Chrysler were the two companies concerned, both of whom have amounts in arrears on commercial loans to the Canadian government to the tune of $1.15 billion as of March 2017. These loans, $1.3 billion for Chrysler and $220 million for GM, were given as part of the bailout of Canada’s auto sector after the financial collapse of 2009. In total, the Canadian government injected $13.7 billion into the auto sector at the time to keep it afloat.

How have GM and Chrysler thanked Canadian taxpayers for this generous gift? Between 2009 and 2013, both companies shed approximately 3,000 jobs in the country. In 2017, another 625 jobs were cut by GM at the CAMI assembly plant in Ingersoll, Ontario. In 2014, Chrysler demanded an additional $700 million from the government, and threatened to shut down production if it didn’t receive it. In total, it is estimated that taxpayers lost a total of $3.7 billion to sustain these two corporate giants. Now, after almost 10 years, the Canadian government is rewarding their antics yet again by forgiving their loans.

Imagine if you, an ordinary person, were to walk into the Canada Revenue Agency and ask them to write off your income taxes, even though you had the means to pay for it. Or if you were to walk into your local bank and ask them to forgive your loans. You’d either be laughed at or, if you’re very demanding, carted off to jail. Unfortunately, unlike for major corporations, those in power won’t just “let it slide” for working class Canadians. There is one set of rules for the billionaires, and another for the rest of us.

But the party doesn’t stop there for Canada’s corporate elite. Also this month, the Trudeau government announced it would be purchasing the Trans Mountain pipeline from Kinder Morgan for a grand total of $4.5 billion in taxpayer money. According to a recent report by the Institute for Energy Economics and Financial Analysis (IEEFA), Kinder Morgan will make a return of 637 per cent on the pipeline sale to the Canadian government, having invested only $600 million into the project thus far. Early last year, the federal government also announced that it would be providing $375 million in interest-free loans to Bombardier. Bombardier responded by giving pay raises to their CEOs and laying off thousands of workers. In addition, these loans were given despite the fact that Bombardier has fallen years behind in its delivery of streetcars to Toronto, revising its targets four separate times since the deal was struck in 2009. Last year, there were supposed to be 146 new streetcars in operation. Instead, there were only 45. In theory, the “free market” should punish those businesses which underperform, and reward those which are the most efficient. In reality, most major corporations rely heavily on the government, and sustain themselves by periodically swindling the public. Justin Trudeau, that faithful agent of the capitalist class, is more than happy to enable this grand scheme of legalized robbery.

But even this is not enough. At the start of this year, Donald Trump slashed the U.S. corporate tax rate from 35 per cent to 21 per cent. Corporate Canada is now demanding that the Trudeau government follow suit. Finance Minister Bill Morneau, not wanting to disappoint his billionaire friends, said he has not ruled out slashing the corporate tax rate. In a show a good faith, Morneau even invited a slew of corporate chief financial officers to a meeting of federal and provincial finance ministers this month, where they were able to make their case. If an ordinary person wanted that same opportunity, they would have to pay thousands of dollars for a seat at one of the Liberal party’s many expensive gala dinners. And even then, it is unlikely that the ministers would listen or care. The Liberal Party knows full well who butters their bread, and it is not people like us.

July 1 is Canada Day. Trudeau said he will be skipping the festivities on Parliament Hill this year. Instead, he will be in “parts of the country he doesn’t often get the chance to visit,” including Leamington, Ont., Regina and Dawson City, Yukon. Why? To show that, whatever differences exist between ordinary people and the elites, at the end of the day, we are all “Canadians.” This is all very heartwarming, but it is meaningless. In reality, there are two Canadas: the Canada of the rich, and the Canada of the working class. We have no interest in unifying with those who seek to rob us blind. Justin Trudeau, like the kings of old, likes to pretend he is the thread that binds all classes together, like one big Canadian family. In reality, he is nothing but the king of corporate handouts.