The mirage of Quebec’s economic health 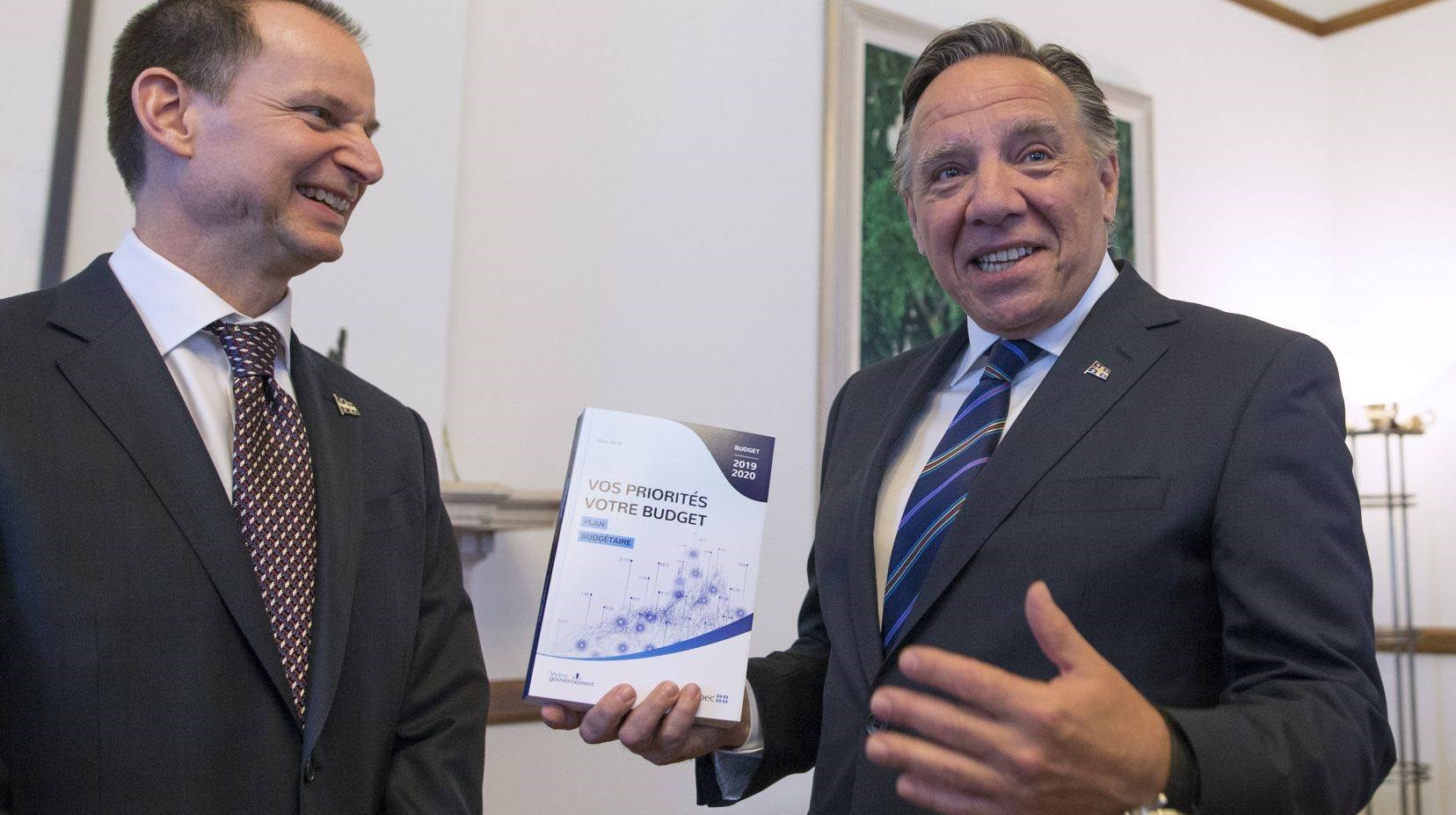 This past April, 38,000 jobs were created in Quebec. This was the most new jobs recorded in a single month in the last 17 years. This lowered the unemployment rate from 5.2 per cent to 4.9 per cent, the lowest it’s been since 1976. A labour shortage has hit sectors such as tourism, where there are about 20,000 jobs to be filled. As a result, upward pressure on wages has inevitably taken place. One restaurant owner even reported that he has to pay his servers $30/hour in order to keep them. Recent statistics also show that in 2017 the disposable income of people in Quebec rose by 3.6 per cent, higher than the Canadian average, which is mainly a result of higher wages.

It appears that everything is finally going well for the workers in Quebec after years of deep austerity. However, an analysis which goes beyond mere appearances leads us to draw very different conclusions.

On the whole, Canada managed to escape the worst consequences of the 2008 economic crisis compared to the United States and the main European countries. In Quebec, however, the situation was much worse due to the relative economic backwardness of the province. The capitalists in the province imposed a huge wave of austerity in order to create a more favourable environment for business and investment.

The result of this wave of austerity measures is that the Liberal government of Philippe Couillard recorded a series of budget surpluses starting in 2016. The debt-to-GDP ratio of Quebec has fallen, and Quebec has seen its credit rating improve, a sign that investors have confidence in the economic health of the province. But while the capitalists are celebrating in Quebec, we can see that everything is far from rosy for the workers.

With the goal of reviving the economy after 2008, the central banks all over the world lowered interest rates to almost unheard-of levels in order to stimulate investment, and therefore consumption. The result was a sharp uptick in private debt.

A study from BDO Canada, a professional financial services firm, shows that 71 per cent of people in Quebec are in debt. One person in four considers their situation so critical that they don’t know what to do to remedy it. According to this study, the average level of consumer debt is approximately $20,134, excluding mortgages.

In the province, the level of household debt relative to disposable income reached 160.6 per cent in 2017. This is certainly lower than the Canadian average of 183 per cent, which is mostly inflated by British Columbia and Alberta (see chart); however, with figures this high, that doesn’t mean Quebec is particularly healthy. Among the most economically important provinces, Quebec is simply the least-sick patient in the hospital. The rise of household debt is also a source of stress for workers in the province: 43 per cent fear financial difficulties in the face of rising interest rates.

In addition to the high level of debt, the figures from BDO Canada also show that 45 per cent of people in Quebec say that their income hardly covers their expenses. In a similar manner, a recent Ipsos poll commissioned by MNP (a financial insolvency firm) reports that 51 per cent of people in Quebec say they would not be able to afford an additional monthly bill of $200. Among these, 27 per cent say their salary is already insufficient to pay their bills and debts. The many workers who struggle to make ends meet undoubtedly have a different opinion regarding Quebec economic “health.”

So who is really profiting from this economic recovery? While so many ordinary workers are heavily in debt and struggling to pay their bills, the bosses’ situation is entirely different. Le Journal de Montréal compiled statistics on the 30 largest businesses in Quebec which showed breathtaking pay gaps between their CEOs and employees. In particular, the CEOs of Couche-Tard (Circle K) and Metro Inc. earn 485 and 354 times more than their average employee, respectively. The Quebec business newspaper Les Affaires showed that in 2017, CEOs earned 109 times the salary of the average Quebec worker, and that their salaries increased 12.32 per cent in a single year, compared to 3.02 per cent for the average worker.

All of this precarity, debt, and uncertainty about the future among a large number of workers in Quebec, while the bosses’ incomes are ever-increasing, has nourished a deep feeling of injustice. According to the “2019 Edelman Trust Barometer”, 76 per cent of people feel this way, and 70 per cent have an “urgent desire for change.” A meagre 14 per cent believe the system is working in their favour, whereas 50 per cent say the system doesn’t respond to their needs.

So, in the middle of an economic boom, the majority of workers are rejecting the system and want a change. And we have good reason to want a change; even in this period of recovery, capitalism has nothing but debt, financial difficulties, and austerity to offer us. The anger will only increase when the economic situation changes for the worse—which is to be expected.

Slowdown on the horizon

The economic situation in Quebec at this time represents only a brief respite. The creation of jobs and wage increases made possible by the economic recovery are nothing but a mirage.  Data is already showing that in Quebec, just like the economy in Canada, the United States, and the rest of the world, a slowdown is on the horizon. In fact, according to Desjardins’ “Economic and Financial Outlook” published on May 22, 2019, the growth in Quebec will only be 1.7 per cent in 2019, compared to 2.1 per cent in 2018.  The Bank of Canada has meanwhile lowered its prediction of Canadian GDP growth in 2019, from 1.7 per cent to 1.2 per cent.

The current situation has, however, given the new government of the CAQ (Coalition Avenir Quebec; English: Coalition for Quebec’s Future) a bit of breathing room and they have not gone to war with the workers in their first budget tabled this past March. Contrary to the Philippe Couillard Liberals, who immediately enacted drastic austerity measures after their election in 2014, Premier François Legault has instead invested in health and education. The sizable budget surpluses have allowed him to postpone attacks on the working class to a later date. The first-ever CAQ government, therefore, is currently enjoying a honeymoon period, with 45 per cent of Quebecois people reporting they would vote for them again according to a recent poll.

Furthermore, the CAQ probably has their eye on Ontario, where the huge cuts by the Doug Ford government are currently setting off the biggest mass movement in the province since the 1990s. Unlike the buffoons Trump or Ford, Legault is a seasoned politician—he knows better than to needlessly provoke the working class. Québécois workers are tired of the status quo and have lost confidence in the system. In a contradictory way, the election of the CAQ represents the desire to break with the status quo. The CAQ would quickly lose support if they immediately enacted austerity measures like the Liberals did before them.

But the workers must not remain passive. We must not lose sight of the fact that we now have in front of us a government of the bosses who have made numerous declarations and promises revealing their pro-austerity, anti-union character. This last trait has been clearly seen with regards to the negotiations with the locked-out workers at ABI (Bécancour Aluminum Smelter, Inc.), where Legault took the side of the bosses and with contempt described the workers as too demanding. The workers’ movement must ready itself for ferocious mass struggles against this government.

We are already seeing an economic slowdown which will likely put an end to Quebec’s current exceptional situation, but it is mainly international factors that could trigger the crisis. Notably, the possibility of a trade war and associated protectionist measures are one of the biggest threats plaguing an already fragile global economy. Mounting tensions between China and the United States are of particular concern to the capitalists. On May 10, the American government imposed 25 per cent tariffs on $250 million of Chinese exports, which was then followed by similar measures of retaliation by the Chinese government. According to a study by the IMF, 25 per cent tariffs on all merchandise traded between China and the U.S. could result in the U.S. GDP falling by 0.3 per cent to 0.6 per cent. According to the analysts at Morgan Stanley, a Chinese-American trade war could trigger a global economic recession.

In this context, Quebec would be immediately affected, just like the rest of Canada. The economic destiny of Quebec is intimately connected to that of the U.S. In 2018, nearly 70 per cent of Quebec’s $92 million of exports went to our neighbours to the South, and nearly 38 per cent of imports came from there as well. According to an analysis by Quebec’s Minister of Finance, Quebec’s GDP would fall by 0.45 per cent for every 1 per cent reduction of the American GDP. The next recession in the U.S. will very likely bring Quebec down with it.

Eleven years have passed since the crisis of 2008 and economic cycles usually last 8-10 years.  According to all the leading economists, the global economy is approaching a recession. With over-indebted households and one in every two residents of Quebec already having difficulty making ends meet each month, the coming recession will likely hit the workers of Quebec and Canada much harder than in 2008.

The CAQ government will not hesitate to put the burden of the crisis on the workers. The economic crisis will again lead to drastic austerity budgets, which the workers and youth have already suffered. Québécois workers—already in debt, already in a difficult situation—will again be told that we must tighten our belts, that we are living beyond our means, that we must make sacrifices for our children’s futures, and so on. We must be ready for when the government and their big-business friends try to make us pay for the crisis of their system. The class struggle is on the horizon, and the workers’ movement must prepare now.