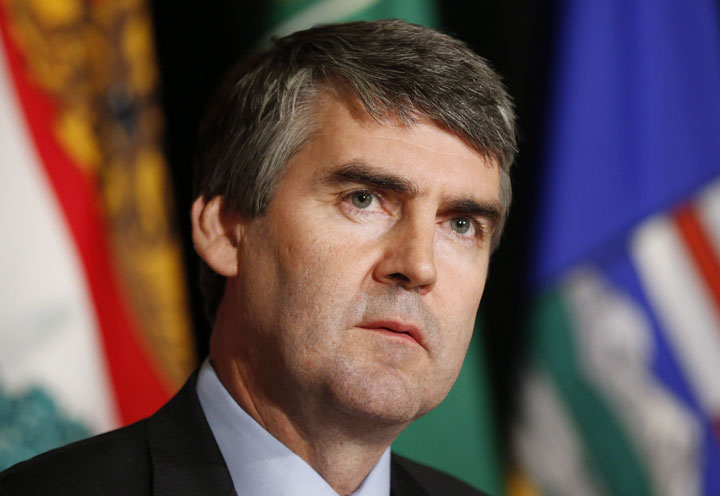 On May 30, the Nova Scotia Liberals and Stephen McNeil became the first government in the province since 1988 to win consecutive majorities. Emboldened by the win, McNeil signalled that public sector unions can expect to face a hard line in upcoming negotiations. “We are going to continue to live within our means,” he said on the day after the election.“Nova Scotians gave our government a second majority … and I’m looking forward to continuing to provide them with the government that they endorsed.” However, saying that the Liberals were “endorsed” by Nova Scotians is an optimistic reading of the situation.

The real story in this election is that voter turnout hit a historic low, at only 53.55 per cent. That means only 21 per cent of eligible Nova Scotians voted for McNeil’s Liberals, hardly a ringing endorsement. While pollsters and analysts were left scratching their heads over the low turnout, the explanation is clear if one considers the political landscape: Nova Scotians did not feel they had anything worth voting for.

McNeil’s first term was marked by a focus on balancing the budget. In the name of “efficiency” they reorganized and centralized the province’s health care, resulting in hospital closures, overcrowding, and long wait times. The number of people on the waiting list for a family doctor skyrocketed, from 6,000 as of November 2016 to 25,000 in May of this year, while the actual number of those without a doctor, including those not on the waitlist, may be as high as 95,000.

Similarly, the Liberals reorganized the school system, resulting in school closures, increased classroom sizes and pressure on teachers. Last year, teachers were left without a contract for fifteen months, culminating in a strike, the first ever for teachers in the province. The strike was ended by the McNeil Liberals with an imposed settlement.

These cuts, and more, have come against a backdrop of a stagnating economy and a shrinking job market. Unemployment in the province is 8.3 percent, lower than other Atlantic provinces, but higher than the Canadian average of 6.5 per cent. The child poverty rate stands at 22 per cent, and 60 per cent of Nova Scotians have not had a raise in the past two years.

What were the choices?

The Liberals campaigned on a promise to institute universal preschool for four year olds, a billion dollar surplus (created out of cuts to public sector wages), money for infrastructure, raising the tax exemption bracket for personal income, and assurances that they’d do better on health care and education. There was little that was inspiring about their platform, and it was commonly portrayed as a referendum on McNeil’s hard line governing style.

By comparison, the NDP platform offered a fair bit more in the way of reforms, including raising the minimum wage to $15 by 2020, free dental care for minors, free college education, reopening negotiations with teachers, and an end to cuts. This was the first election for new party leader Gary Burrill, a self identified Christian socialist. While this was enough to win the NDP two additional seats, including one for Burrill (which he did not have going into the election), the NDP’s share of the popular vote went down 5 per cent since the last election. It should be noted that while the NDP won two additional seats in the 2017 election, the total number of seats won was seven which is the same number of seats won by the NDP in the 2013 election (they had lost two seats during by-elections in the interim period between the two elections). 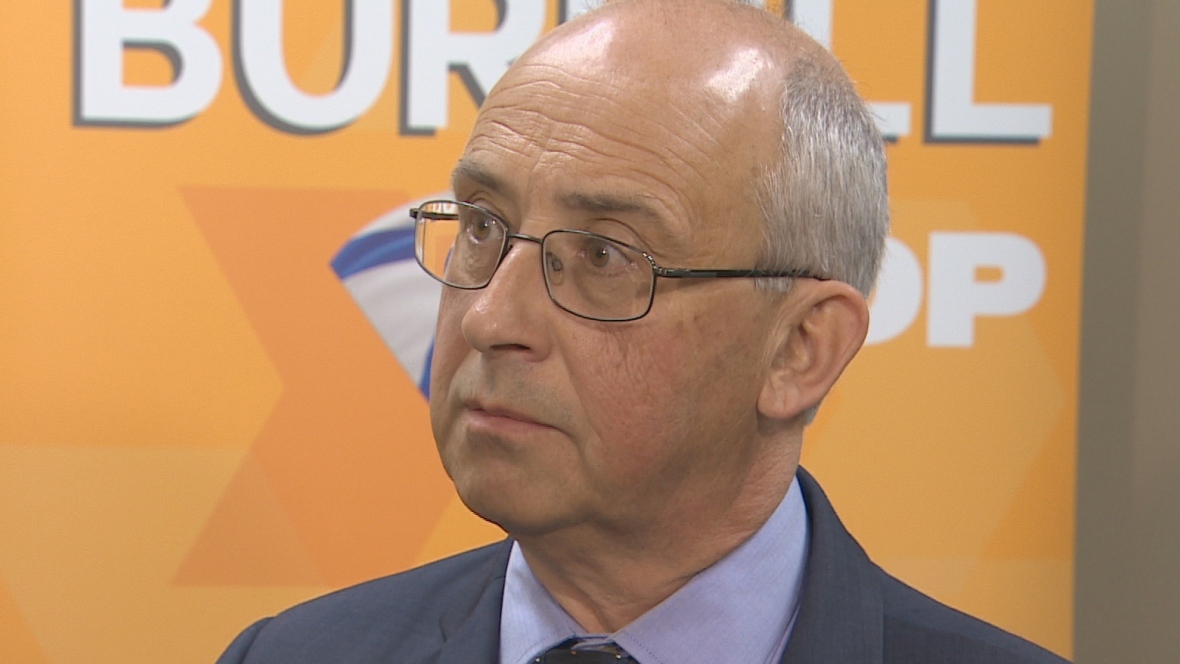 At the time when Burrill was elected as party leader, we pointed to this as a positive step forward. However, it’s important to note that a collection of decent reforms and promises to run deficit budgets are not in themselves a magic formula for winning, nor will such a platform capture the public mood. While modest reforms, and the status of the NDP as a third party that was historically founded on socialist principles, was enough win support in the last Alberta election, or in Quebec two federal elections ago, neither of these provinces have experienced an NDP government. In Nova Scotia, the situation is different. There, the Nova Scotia NDP were kicked out of office in 2013 after Darrell Dexter’s rightward turn in government, which saw widespread cuts, frozen hospital budgets, increasing tuition and rising unemployment. Stephen McNeil did not improve any of this, but has been framing his own policies in terms of being necessary to recover from NDP-administered austerity.

In this context, it’s easy to see how Burrill can be seen as just another politician with a lot of promises that won’t be kept. While his campaign for party leadership used the hashtag #FeelTheBurrill, the provincial campaign did not use the bold, class based language of Bernie Sanders. Rather, he used the feel good slogan, “We can do this together,” channelling Obama more than Sanders. Moreover, in the eyes of the public, it can’t have helped that in the provincial legislature the NDP’s tried to amend to Bill 75, which imposed a settlement on striking teachers, to include provisions for arbitration, rather than refuse to entertain the idea of back to work legislation entirely. This would show a willingness to work within the boundaries set by establishment politics, rather than setting them apart as a working class alternative.After the experience of Dexter’s government, Burrill’s campaign did not do enough to reclaim the NDP’s place as the party of Nova Scotia’s workers. Indeed, while the Nova Scotia Government and General Employees Union led a campaign against the McNeil Liberals, they did so under the slogan, “Vote or Lose” and explicitly avoided aligning themselves with a political party.

In the end, it was the Progressive Conservatives who picked up the most support in the election. While their platform was no more inspiring than any of the others, they were positioned to the left of the Liberals, promising to repeal Bill 75 and increase funding for health care. PC leader Jaimie Baillie even took a softer tone on deficit spending, saying he couldn’t rule it out, “when the needs of people are so great.” For those dissatisfied with the Liberal’s treatment of teachers, or struggling with health care, the PCs appeared to be just as credible an alternative as the NDP.

For a strong plurality of voters, however, it was clear that none of the parties provided a credible alternative. While one commentator acknowledged that “Disillusionment is a factor,” that hardly expresses the full level of mistrust towards politicians that’s felt in the province. The media has asked why people should care about the election and concluded: they shouldn’t! Because all political parties are beholden to similar interests, they are all basically the same. Media commentators have noted a sentiment among Nova Scotians that there is no real political representation of the people of Nova Scotia, and democracy does not really exist in the province.

What the media veers away from acknowledging, is that those interests are those of the capitalists. So long as any government refuses to break from the banks and the bosses, they will be forced to betray the workers who voted them into power. Nova Scotians learned this lesson, and have yet to be offered an option that promises them anything other than disappointment and betrayal.

Attacks on the public sector to resume

The teacher’s strike was a defining event of McNeil’s first term. Though he maintained a hard line against the union, he did so at no small cost to his political support. Now that he’s back with another majority, reduced though it is, health care workers and public service employees will be next on the chopping block. While the Nova Scotia Teachers Union has launched a Charter case against Bill 75, it will take years for the claim to be resolved. In the meantime, McNeil will have done his damage.

While Nova Scotians may have shunned the ballot box, that is by no means a sign of political apathy, nor is it the only means of political expression. The unions, the workers, and the masses will have to take the fight to their workplaces and to the streets in the struggle to come. The unions must be prepared to not only challenge back to work legislation, but to defy it. And if it is to win in the future, Burrill’s NDP must make itself the fighting organization of Nova Scotia workers.