Kenney, Ford, Legault: Stop the right wing in its tracks! 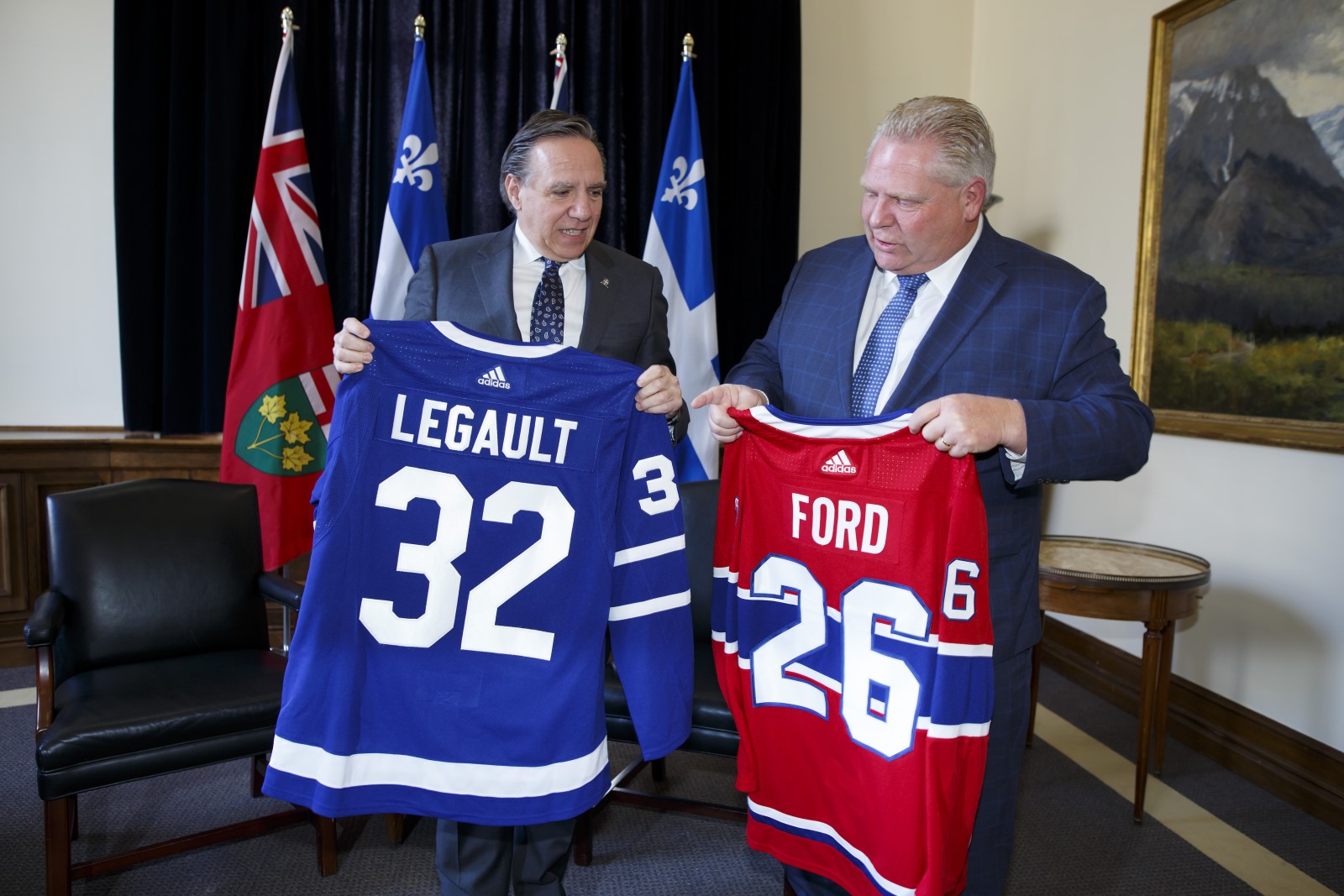 It can be easy to fall into pessimism when faced with this “blue wave.” But if we look beneath the surface and take a long-term view, we can see that the recent electoral victories of the right do not tell us the whole story. These parties won by basing themselves on a growing anger in the population. But this anger will eventually be directed against these new governments. The working class, far from being defeated, has not even really moved yet or demonstrated its power. These new conservative governments and their big business friends will rapidly become powerless when the workers move into action. This is actually more likely to happen with these governments as they will more brutally attack everything making life half worth living—as Doug Ford is demonstrating.

The rejection of the status quo

Make no mistake: Ford, Kenney and Legault are the ugly face of the bosses in government, defending positions that are racist, homophobic, etc. But are these policies the real reason why people voted for them?

Far from representing a rise in popularity for right-wing ideas, these recent conservative victories more correctly reveal a failure of the politics of the “centre,” and a rejection of the establishment. Similar to the election of Trump in the U.S., Legault, Ford and Kenney surfed on a feeling of mass rejection of the status quo and a desire for change, manipulating this in a demagogic way. Doug Ford played with this crass populism by promoting, just like a student union executive, his “buck-a-beer” policy. Legault, using nationalist demagoguery, whipped up fears among the Québécois of losing their identity, promising to reduce immigration, while posing as the party of change against the discredited Parti Québécois and Liberals. In these two cases, both Ford and Legault benefited from a massive rejection of Liberal Party governments who had succeeded in angering working class people through the implementation of austerity measures. It is also significant that Ford and Legault were both elected on vague and unclear programs which did not openly speak of cuts and austerity measures.

In Alberta, a province ravaged by the low price of oil which has led to a crisis in the oil sector, a deep anger has developed in the population. Unfortunately, the outgoing NDP premier Rachel Notley spent the last few years acting as the spokesperson for the oil and gas industry, hoping that this would make the oil barons like her, while championing the status quo during the election campaign. In this way she managed to alienate the working class, while failing to win any sympathy with the oil bosses who always prefered the Conservatives. Jason Kenney positioned himself as the champion of the economy and of pipelines, which have become synonymous with the creation of jobs in the province. This is how he won the votes of Albertans directly affected by the economic crisis which the policies of the NDP did nothing to solve. 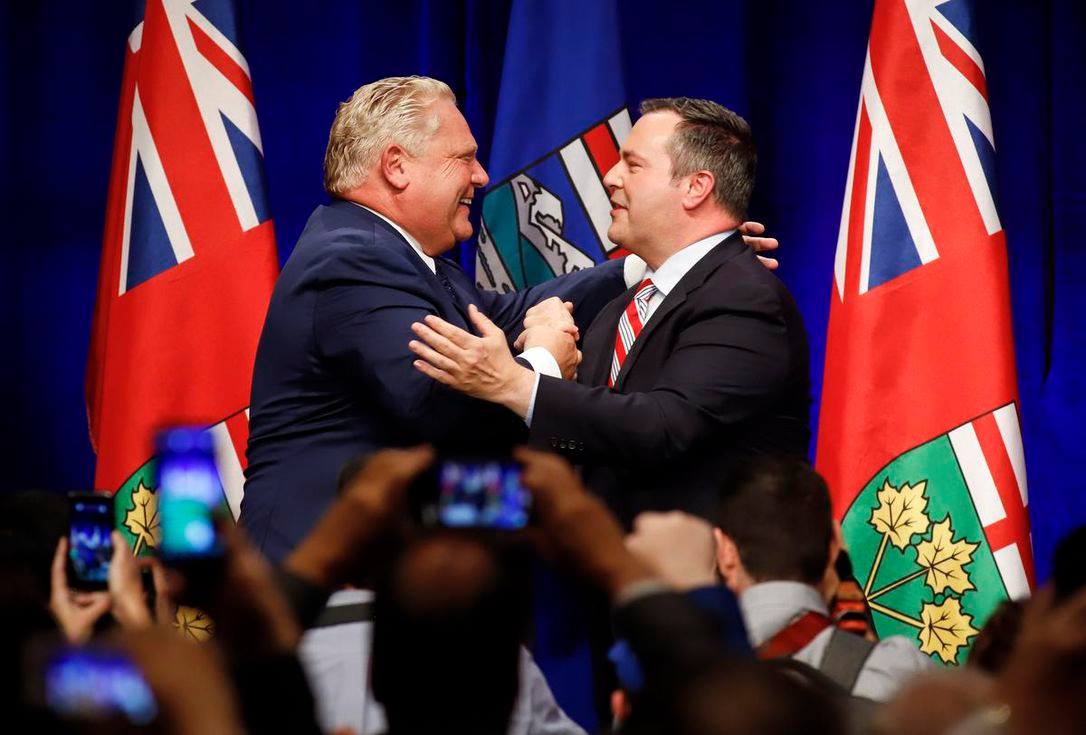 The recent successes of the right are not so much due to its strength as to the weakness and the repeated errors of the left, most notably the leaders of the NDP and the unions. For example, the NDP in Ontario had systematically moved rightwards to the point where there wasn’t much difference between them and the Liberals. They were seen as a party that was defending the status quo against Doug Ford. While the party did manage to put forward some moderate reforms that would benefit working class people during the last election, it was too little too late and the discontent by that time had been channelled to the right by Doug Ford. Only Ford really gave the impression of fighting against the status quo. Union leaders also played a shameful role, calling for a “strategic vote” which in practice meant voting for discredited Liberals in many ridings.

At the federal level, Jagmeet Singh tries his hardest to please both the workers and the capitalist establishment but only ends up in alienating both. At a time when Justin Trudeau is more discredited than ever, most notably with the SNC-Lavalin scandal, the NDP is distinguished from the Liberals… how exactly? The NDP leadership seems completely out of touch with the growing anti-establishment sentiment.

Liberal intellectuals may panic in the face of this rising “populism,” but the fact is that right-wing populists win elections by benefiting from a real sentiment amongst the population. According to Laurie Adkini, a professor at the University of Alberta, “populism is essentially any kind of discourse or political movement that constructs an opposition between the people and the elite.” In truth, this opposition is not just “constructed” by “discourse”, it does exist: the opposition between those who work for a living, and those who profit from the work of others—bankers and businessmen. And the problem for the establishment is that more and more people are realizing that this opposition exists, that a minority of rich people get rich on the backs of the rest. There is therefore a growing contempt for this capitalist elite, and a rejection of their system. Bridgitte Anderson of communications firm Elderman, commenting on figures showing a rise in mistrust of “the elite,” says, “And who can blame them? The system just doesn’t work for them anymore.”

Unfortunately, at the current moment, the desire for change and the rejection of the liberal establishment is being capitalized upon by right-wing populists who are winning elections. This is happening largely in spite of their bigoted policies, not because of them.

These electoral victories, however, mask the larger process. We don’t have a simple rise of the right, but a polarization of society, to the left and right, based on a collapse of the “middle.”

In Quebec, the impressive rise of Quebec solidaire (QS) during the last election demonstrated this polarization. QS distanced themselves from the other parties by adopting bold policies that clearly address the needs of workers and youth (universal dental care, halving the cost of public transportation and free education). Due to this left-wing program, the party was the victim of a “red scare” campaign from the PQ—but this failed to weaken their support. This example gives us a glimpse of what is required to stop the conservatives in their tracks: a left-wing anti-establishment discourse and bold policies that connect with the desire of the working class to fight against austerity.

To defeat the right, the left and the labour movement must stop bending to the incessant calls to be “reasonable,” “moderate” and “respectable,” and clearly position itself against the rotten establishment. This means denouncing the capitalist system and developing a socialist program to build a new society. This is the only way to channel to the left the growing anger of the workers who have been left behind by the system.

The example of Ontario should be studied by all those who are disheartened by the electoral victories of the right. Immediately after his election, Ford started going to work, implementing deep austerity measures that were never part of his platform. He is moving to increase classroom sizes, eliminate thousands of teaching jobs, privatize the healthcare system, cut university grants to the poorest students, and cancel the scheduled minimum wage increase, just to name a few things.

What has been the result? After only one year in power, Doug Ford has succeeded in alienating all layers of society—except his rich friends of course. Now there is a mass movement developing against him and he is one of the least popular premiers in Canada. On March 21, thousands of university and college students walked out of classes to protest the cuts to university funding and grants for poor students. On April 4, 150,000 students from about 700 high schools walked out to protest the increase in classroom sizes. On April 6, 30,000 people demonstrated against education cuts. On May Day, International Workers’ Day, a spontaneous protest which called for a “general strike” attracted a few thousand people in Toronto in the middle of the work day. It should be noted that May Day is not a big tradition in Toronto and in recent years only small gatherings took place. This grassroots pressure is shattering the inertia of union leaders who are increasingly forced to use their immense resources to mobilize their members against the Ford government.

The movement in Ontario gives us a glimpse of what is to come when similar attacks are unleashed in other provinces, and even at the federal level if Scheer wins the election in October. As a matter of fact, in Alberta, high school students already organized a walkout on May 3 against the new government, and in Quebec, 150 000 students participated in the climate strike on March 15. The youth show the way forward!

The tide will turn!

As we currently see from the example of what is taking place in Ontario, the balance of forces is a lot more favourable for the left than one might think. There is no reason to be cynical or pessimistic. The anger of the masses against the capitalist status quo will only grow when faced with the attacks of the conservatives in power.

At present, in the absence of adequate leadership from the labour movement and the left, the right is winning elections. But the anger of the masses will not be dissipated by this. The conservative victories across Canada are preparing a powerful swing of the pendulum towards the left. Many people will see over the next few years that Kenney, Ford, Legault and the others only serve the hated elite. They already see it clearly with Ford.

The anger of the working class will inevitably translate into action. In Quebec, 76 per cent of people feel a sense of injustice, in that the system in place seems more favourable to others than themselves, and 63 per cent lack confidence in the current socio-economic system. These numbers are a finished recipe for a mass movement against the bosses and their system. We need a bold leadership for the workers’ movement, a leadership ready to mobilize a mass socialist movement in order to stop the right wing in its tracks.