A Tale of Two Cities: The Toronto and Vancouver municipal elections (2) 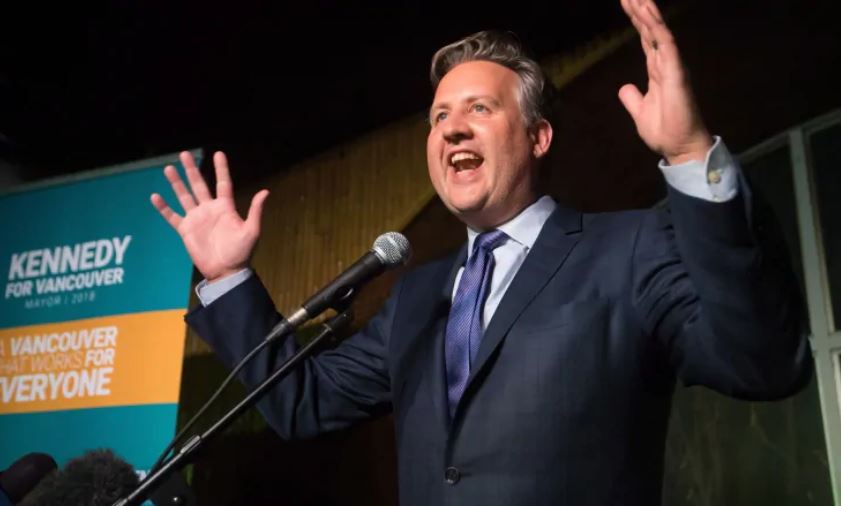 It was the best of times, it was the worst of times… In Vancouver, the right wing NPA was defeated in the mayoralty by a former NDP MP, combined with a strong showing for the left wing Coalition of Progressive Electors (COPE). But in Toronto, former Progressive Conservative leader John Tory won a landslide 63%, while white nationalist Faith Goldy came in third with over 3% of the votes. What can the Toronto left learn from Vancouver so this miserable result is not repeated?

The Coalition of Progressive Electors in Vancouver ran a clear left-wing campaign, with the involvement of socialists who were not afraid of attacking capitalism. Platform points included a rent freeze and a mansion tax, plus other measures to combat the housing crisis in Vancouver. They also campaigned for free public transit, opposition to the Kinder Morgan pipeline, $10 per day childcare, a “union only” contracting policy, and a city-wide living wage of $20.62/hr.

The Vancouver and District Labour Council brokered an electoral pact so that various left-wing parties did not split the vote. This resulted in a left majority on council with COPE electing 1 of the 3 candidates they ran for council, plus other victories in school and park boards. This was the best result for COPE in a decade but, more importantly, the unapologetically radical COPE campaign pushed the entire discussion to the left.  Vancouver’s right wing has been defeated and the left is advancing with confidence.

Contrast the advance in Vancouver with the awful result in Toronto, two days later. The Toronto and York Labour Council backed the liberal Jennifer Keesmaat for mayor. Most of the NDP linked establishment in the city and council also lined up behind this wolf in sheep’s clothing. This insider bureaucrat was former chief city planner under both John Tory and Rob Ford, where she did not appear to have any problem with their right-wing regimes. The Labour Council even supported some candidates that are card-carrying Liberals or endorsed by conservative mayor John Tory!

John Tory received 63.5% of the vote, crushing Keesmaat’s 23.6%. Third place racist candidate Faith Goldy got 25,667 votes (3.4%), beating Saron Gebresellassi, who won 2.0%. Gebresellassi was the only left candidate and performed admirably in the mayoral debates, but she was shunned by the Labour Council and the establishment left.

Results on the newly-shrunk 25-member Toronto council were just as bad. The hard right won 12 or 13 seats, compared with the left which won 7. Even these labels are misleading, as the Toronto “left” is of an incredibly soft variety linked to the NDP establishment, or even the Liberals. The only silver lining to all this fecal matter is that arch-reactionary Georgio Mammoliti lost his seat to a more mainstream conservative. But this is a very small consolation.

The backdrop of these events is Ontario Premier Doug Ford’s anti-democratic attack on the people of Toronto, where he reduced the size of council from 47 to 25 seats. The actions of the The Labour Council leadership and the Toronto left have played into Ford’s hands and given him the right-wing council he wanted. While the “left’ was moderating, supporting liberals, and shunning Gebresellassi, Ford was showing that he understands the momentum of the class struggle. The far right haven’t been so mobilized in Toronto in a generation. Faith Goldy and the Proud Boys were all seen posing for pictures with Doug Ford at his annual “Ford-fest” party. But when challenged to disassociate himself from these white supremacists, Ford refused and gave a nod and a wink in their direction. Fascism is not about to come to power in Toronto any time soon, and there are not 25,000 fascists in Toronto, but we should not be complacent. Goldy’s strong showing was from a contingent of the Ford base that simply voted for what they believed was a Trump-style candidate. Ford’s clique understands that a strengthened far right firms up the position of the establishment right. Ford is using these creatures as an auxiliary in order to defeat and demoralize the left.

Toronto desperately needs a socialist left-wing slate of candidates like COPE in Vancouver. There are important differences in the electoral systems between the two cities: Vancouver has recognized municipal parties and councillors are elected by an “at-large” city-wide vote. Toronto has no legal recognition of parties and councillors are elected on a ward basis. But these differences do not present a fundamental barrier to mayoral candidates and slates of councillors looking to run under a common label with common socialist demands. COPE has shown that even when such a party does not win all the seats it runs in, it moves the political centre of gravity to the left.

The Toronto and York Labour council leadership has played a terrible role by promoting lesser-evil politics. Supporting liberals like Keesmaat, while Ford gives tacit support to the far-right, has allowed city politics to be pulled further right. Labour Council endorsements are also stitched up in the back rooms rather than being democratically voted on by the Council delegates. Endorsement lists should be openly debated and voted on, and all left-leaning mayoral candidates should have the right to address the Council at a special meeting. As a side effect such a process would strengthen the Council as this meeting would likely be very well attended!

The threat of the far right cannot be ignored. There needs to be a united front of sizeable left-wing groups, trade unions, student unions, immigrant and anti-poverty organizations, and campaigns fighting oppression, to confront the racists and extinguish the threat they pose. Fightback has taken an initiative to oppose Ford’s anti-protest “free speech” law that aims to create a safe space for the far right. But similar actions have been rare and solidarity has been limited amongst Toronto’s notoriously sectarian left. As they say, if you do not hang together you will be hanged separately!

Toronto is not a haven for reaction, as shown by left-wing mobilizations in recent years which routinely eclipse those of the right. The left is able to mobilize ten or twenty times more people on the streets than the right can muster. But the movement is weakened by a crisis of leadership and lesser evil politics, at the top. The anger in the streets finds no left-wing expression on the political front. This allows the right to win electoral victories. In conditions of capitalist crisis, the right cannot be defeated by the politics of the status-quo. We must not be afraid to boldly say that the problems in society are caused by the bosses and their capitalist system. It is necessary to build a socialist opposition to both Tory and Ford in the years  to come. There is no time to lose.